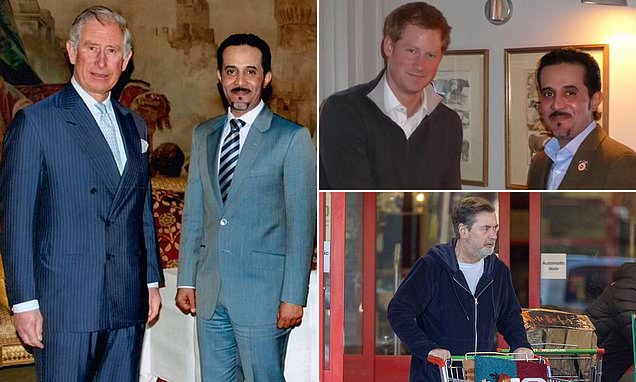 It is claimed that Prince Charles sent Mahfouz Marei Mubarak bin Mahfouz a 'thank you' letter and even a gift after he donated £1million to his foundation that looks after two Scottish estates.

Prince Charles faced new accusations over the 'cash for honours' scandal last night as extraordinary details of a Saudi billionaire's relationship with the heir to the throne were revealed.

A report by The Sunday Times claimed that the Prince of Wales sent Mahfouz Marei Mubarak bin Mahfouz a 'thank you' letter and a carriage clock gift after he donated £1million to his foundation that looks after two Scottish estates.

The generous donor was also hosted by the Prince for a private CBE investiture in Buckingham Palace in 2016 - with claims the award was fixed in return for £1.5million in donations.

Michael Fawcett, for years a trusted ally and senior valet of Prince Charles, resigned last month amid claims he had promised to secure the honour and a British citizenship in return for the donations.

Scotland Yard's special inquiry team are now looking into the case, and have sent a formal letter requesting correspondence between royal aides about the possible fixing of the honour which could carry a two-year prison sentence under the 1925 Honours (Prevention of Abuse) Act.

While honour ceremonies can usually include a line of 60 people waiting to receive their certificates from the Queen or a representative, Mahfouz was given the 'highly unusual' honour of a completely private ceremony in the Blue Drawing Room, a stunning hall in Buckingham Palace usually reserved for heads of state.

There was however a set of secrecy for the event, with Mahfouz's fixer having to wait outside while the ceremony took place.

It is even reported that Charles and Camilla broke tradition by shaking hands with Mahfouz at the start of the ceremony. 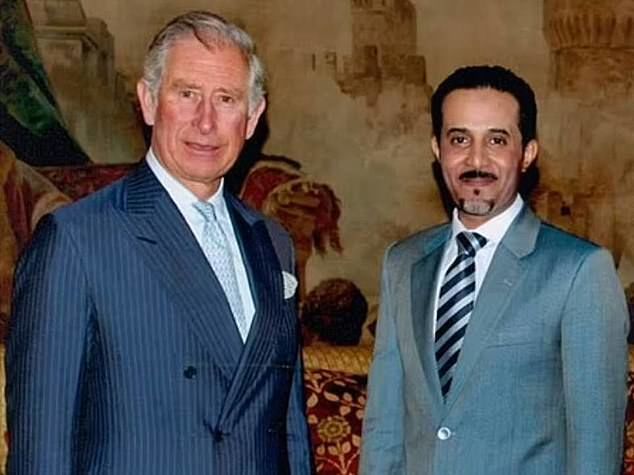 Nerves will be on edge in the royal household after the newspaper revealed several new details in the contact Charles apparently had with Mahfouz before awarding him a CBE in a 'highly unusual' ceremony that broke normal protocols.

Clarence House has continued to insist Charles had no knowledge of the 'cash-for-honours deal'.

But questions have been posed about what the prince knew prior to the awarding of the CBE. The Mail reported last week that Charles is said to be willing to speak to detectives over the allegations.

Michael Fawcett stepped down as chief executive of The Prince’s Foundation in November after being confronted with a letter in which he said the Royal charity would be ‘happy and willing’ to use its influence to help Mahfouz, who had given it hundreds of thousands of pounds.

He also had his private contract to organise events for Charles severed, following reports he offered to help a billionaire Saudi donor to the prince's charity secure a knighthood and British citizenship.

Then in an extraordinary statement on Sunday night, Prince Harry piled pressure on his father and said he had no involvement in what he described as the 'CBE scandal', insisted he had concerns about the Saudi businessman's 'motives' and claimed he 'expressed his concerns' about him.

The Duke of Sussex made the comments after it was revealed that he had held a private meeting with Mahfouz.

Royal watchers said the intervention is a sign that father and son have not patched things up since Megxit and the bombshells dropped by the Sussexes in their Oprah interview in March.

Harry did not say who he raised his reservations with but Clarence House insiders have reportedly said it wasn't with them. One source told the Telegraph: 'No one can remember that here'. A second source close to Prince Charles claimed there had been no talks between the two royal households about Mahfouz.

Harry is said to have become concerned about Mahfouz in 2014 and wound down their relationship the following year, having met him twice.

An independent investigation last week found Mr Fawcett had colluded with 'fixers' representing Mahfouz who were trying to secure an honour in exchange for donations.

Mahfouz is thought to have donated at least £1.5 million to royal charities. 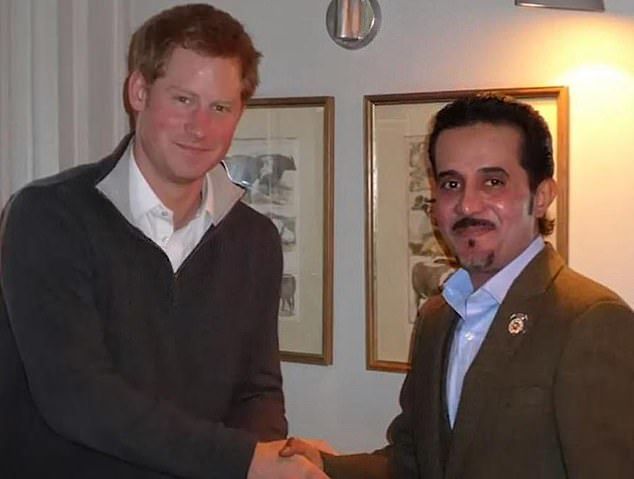 The Duke of Sussex said that when he cut ties with Mahfouz in 2015, he 'expressed his concerns about the donor'. But his statement did not make clear to whom he voiced these qualms.

The following year, Charles presented the Saudi billionaire with an 'honorary' CBE in a private ceremony at Buckingham Palace. The Prince of Wales and Mahfouz also held private meetings in Scotland and Saudi Arabia.

Clarence House has repeated that Charles had 'no knowledge' of the 'cash for access' allegations, but it did not comment on whether Harry raised concerns with him about Mahfouz.

The Metropolitan Police has made initial inquiries into Mr Fawcett, but a full investigation has not been launched

It has previously been reported that Charles and Mahfouz first met in 2014 at Clarence House - Charles' official residence - with Fawcett, 59, and Mahfouz’s fixer also in attendance.

The pair are said to have discussed the prince's restoration of Dumfries House, an 18th-century Ayrshire mansion on one of his estates, and how the Saudi national could contribute to the project.

Mahfouz is reported to have shown interest in the project, including the possibility of having a garden in the grounds named after him.

This then resulted in a proposed partnership being put in writing by the fixer, with a £1 million sum being donated and a garden personally renamed as the Mahfouz Garden.

In a show of the close personal connection they had developed, Charles followed up in his own capacity, sending a 'thank you' letter to Mahfouz along with a gift, a miniature carriage clock.

The exchange appeared to solidify the relationship between Charles and Mahfouz, who started to make donations a month later, in April 2014. In October they held a renaming ceremony for the garden, with the Saudi posing for photos with the prince. 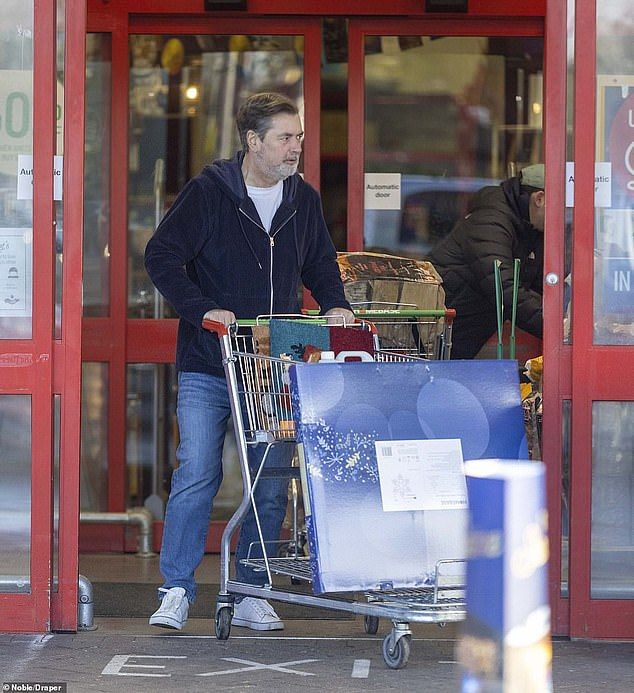 Michael Fawcett (pictured), for years a trusted ally and senior valet of Prince Charles, resigned last month amid claims he had promised to secure the honour and a British citizenship in return for the donations

Their relationship continued and culminated, it is reported, with a private CBE investiture at Buckingham Palace for Mahfouz, who was allowed to bring his family to the event.

It is also claimed that following the awarding of the honour and presentation of a certificate, Mahfouz was allowed the run of the place, taking photos with his older brothers and teenage son.

Pictures from the event were not made public, and the awarding of the owner was not ever published in the court circular as is standard practice.

Clarence House said in a statement: 'The Prince of Wales has no knowledge of the alleged offer of honours on the basis of donation to his charities.'