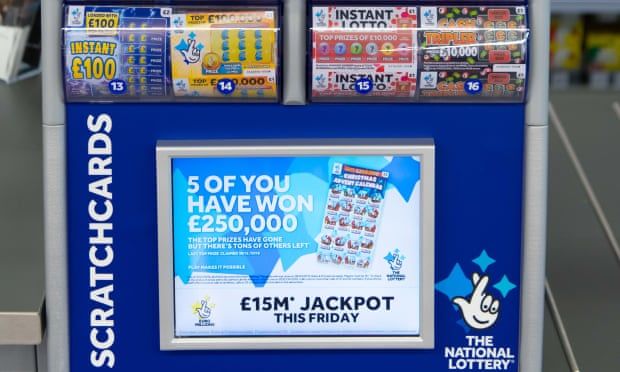 Children of problem gamblers ‘more likely to be bought scratchcards’

Children whose parents are problem gamblers are more likely to have been bought scratchcards, according to research from the GamCare charity, which is warning that early exposure risks setting young people on a pathway to addiction in later life.

More than a third (38%) of Britons who were problem gamblers had bought scratchcards for their children, compared with 22% of those who had a low-level problem, 8% of non-problem gamblers and 5% of non-gamblers, according to a YouGov survey commissioned by GamCare, which runs the National Gambling Helpline.

Alexa Roseblade, a senior programme manager at GamCare, said scratchcards can “often be an entry point into other forms of gambling”, despite the fact they rarely account for problem gambling, with just 4% of callers to the helpline citing scratchcards.

“We regularly hear how exposure at a young age can lead to other forms of gambling in their lives. This is particularly the case if young people experience a big win from an early age, where they might want to chase the feeling of that win again through other forms,” she said.

“The YouGov data highlights that the path to a gambling problem can start much closer to home than people may realise. It shows how young people are much more likely to be exposed to items such as scratchcards if a parent is already engaged in harmful gambling, and this may normalise other forms of gambling behaviours later down the line.”

This was Jordan Penderson’s experience. He started gambling when family members would encourage him, from the age of five, to pick out horses for the Grand National, which he recalls finding “adult” and “exciting”.

By 12, his grandmother was asking him to pick lottery numbers for her, at 14 he was being bought scratchcards, by 16 he was betting on football, and at 18 he was teaching people how to place bets at bookmakers. At 20, he was an addict in £12,000 debt.

Now aged 28, he gambles recreationally, with his partner controlling his finances, and feels “in a good place”.

Despite his passion for the expertise involved in picking horses, the social side of betting on football and the thrill of a game of chance, he would never encourage his five-year-old son to play.

“If he wants to do that when he’s older, I’ll have that discussion and talk to him about the position I’ve been in. I’d rather he didn’t gamble. I’ve seen the impact on people’s lives, I’ve seen it destroy families and communities, and much as I enjoy the process of gambling, I wouldn’t recommend it and I won’t be endorsing it to my son – no way,” he said.

Penderson said his addiction had had a “lasting impact” on his life, including having to work overtime and sacrifice experiences such as holidays with friends to pay off his debt, and had left him unable to access credit, for instance to get a mortgage or buy a car on finance.

GamCare’s data is based on a survey of more than 4,000 UK adults and more than 500 14- to 15-year-olds, which showed 12% of parents had bought their children scratchcards, while a further fifth (20%) said they would consider doing so in future.

Younger parents, especially those aged 16 to 24, were significantly more likely to buy their children a scratchcard.

More than a quarter (27%) of teens aged 14 and 15 said they had played scratchcards with family members, although the most common form of gambling played with parents was in-person or online arcade games, at 29%.

One in seven (14%) parents said they had played games with their child in which they bet sweets or pennies on the outcome, a figure that jumps to nearly half (45%) of problem gamblers.

When asked how likely it was that their child would bet on sporting events when they were legally old enough to do so, 35% of parents who are problem gamblers thought it was likely, compared with 7% of non-gambling parents.