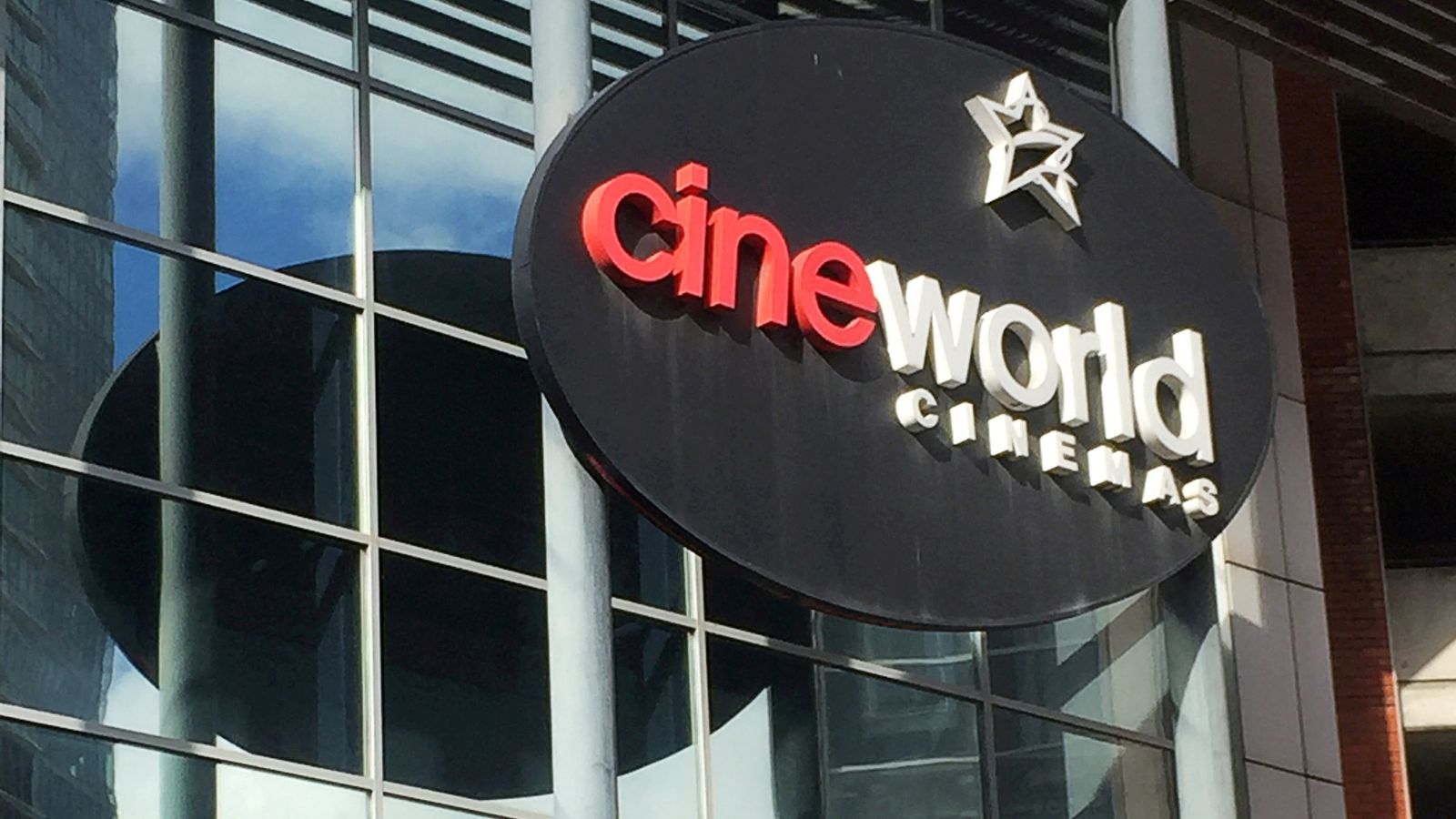 Cineworld files for bankruptcy protection in the US

The British group had pinned its hopes on blockbusters such as Top Gun: Maverick, The Batman, and Thor: Love And Thunder to aid its recovery from the COVID-19 pandemic, but audience numbers were below expectations.

Cineworld Group has filed for bankruptcy protection in the US, as the debt-laden business seeks time to restructure.

The British company said it has filed for Chapter 11 - a type of US bankruptcy which means it will be allowed to stay in business while it tries to bounce back from its problems.

The world's second-biggest cinema chain operator said it is "confident that a comprehensive financial restructuring is in the best interests of the group and its stakeholders, taken as a whole, in the long term".

Current shareholders are likely to see their positions diluted significantly, Cineworld admitted, but shares are expected to continue trading on the London Stock Exchange.

The business plans to emerge from bankruptcy in the first quarter of next year and said it would use the restructuring to try to negotiate better lease terms with its landlords in the US.

Cineworld Group employs around 28,000 people, and operates in 10 countries with 751 sites - including 127 in the UK - and more than 9,000 screens. It owns the Picturehouse chain in the UK and Regal Cinemas in the US.

It was saddled with £4bn of debt by the end of the last financial year and had pinned its hopes on blockbusters such as Top Gun: Maverick, The Batman, and Thor: Love And Thunder to aid its recovery from the COVID-19 pandemic.

But it said in August: "Despite a gradual recovery of demand since reopening in April 2021, recent admission levels have been below expectations."

Cineworld has also been hurt by a number of legal disputes.

Last September, it struck an agreement to pay £141m to disgruntled Regal shareholders who were angry about the price it paid to buy the chain in 2017.

In December it was ordered to pay £720m by a court over a decision not to go through with a takeover of Canadian rival Cineplex as the pandemic broke out.