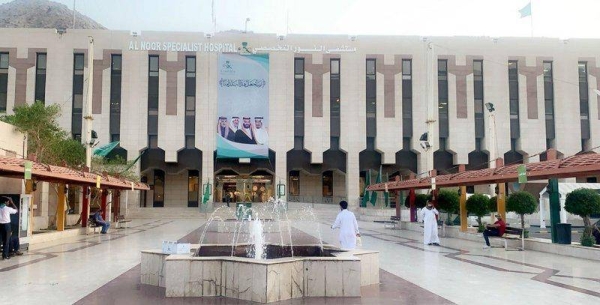 A Saudi man was arrested after assaulting two doctors of Al-Noor Specialist Hospital in Makkah. The citizen, in his 40s, is accused of slapping in the face of a lady doctor working at the emergency section of the hospital. He also assaulted a doctor who tried to calm him down, before he was overpowered by the hospital security guards who in turn handed him to the police.
The branch office of the Public Prosecution and the Aziziyah Police Station in Makkah are investigating into the crime perpetrated by an inpatient at the hospital. Hatem Al-Masoudi, spokesman of the Makkah Health Cluster, said that the doctors were attacked on Saturday while they were performing their duty at the emergency section.

“The assailant asked the doctor to look into his file, and upon reviewing it, she informed him that they were waiting for the results of the medical tests, but he assaulted her without any provocation with slapping in the face, and when another doctor came to calm down the assailant, he also assaulted him. This necessitated the intervention of the hospital’s security guards who overpowered the aggressor and handed him to the security authorities to complete the legal procedures against him,” he said.

Al-Masoudi stressed the keenness of the Makkah Health Cluster to ensure the safety of patients and all its health staffers, saying that it does not tolerate in any way harming or attacking them verbally and physically. It will spare no effort in protecting its employees and cadres and taking legal measures to ensure protection of their rights and guarantee justice in the event of causing any harm to them.
Add Comment