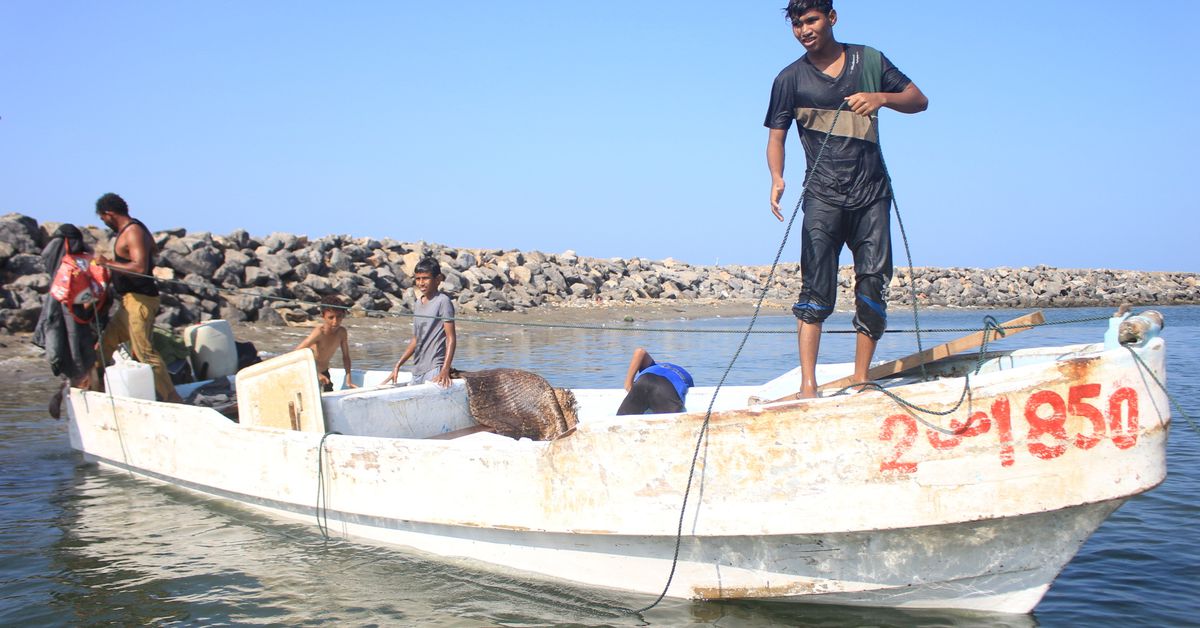 Yemeni fisherman Yaser Rutain came back to port with a guitar shark and some sea catfish, a decent catch considering he had to keep close to shore to avoid fighter jets and helicopters of the Saudi-led coalition patrolling the Red Sea coast.
He unloaded his fish in a wheelbarrow in the crowded fishing port of Hodeidah city, where the polluted waters are shared by dhows and seagulls.

Coalition forces withdrew from the city's outskirts this month, but residents say warplanes of the Saudi-led alliance have responded with relentless air strikes as their foes, fighters from the Houthi movement, advanced to replace them.

"We cannot reach areas where there are fish because of the airplanes flying overhead," Rutain said.

Another fisherman, Muhammad Ali Junaid, described a frightening encounter with coalition aircraft at sea: "We were five miles off Hodeidah and an apache helicopter kept hovering over our heads and shooting around."

Restrictions on fishing along the Red Sea coast have created more hardship for hungry families in north Yemen, where food is scarce after six years of war and amid a blockade on Houthi-controlled ports by the coalition.

Fish prices have more than doubled due to the risk of venturing in dangerous waters and high fuel prices.

Hodeidah province has enjoyed relative calm since late 2018 under a U.N.-sponsored truce that has largely held as fighting raged elsewhere in Yemen. But coalition warplanes and warships still prowl the air and waters off its coasts.

Yemen's air space and most of its coastal waters are controlled by the alliance, which intervened in Yemen in March 2015 against the Iran-aligned Houthi movement that holds Hodeidah port city in the west and most of the north.

The coalition says it is preventing arms smuggling and protecting itself from boats that may be laden with explosives. It denies targeting fishing boats. But fishermen say its operations put them in danger.

Rutain said around 300 fishing boats had been attacked at sea during the conflict, "and 300 others cannot reach waters where they can make a catch. The flying is day and night."
Add Comment