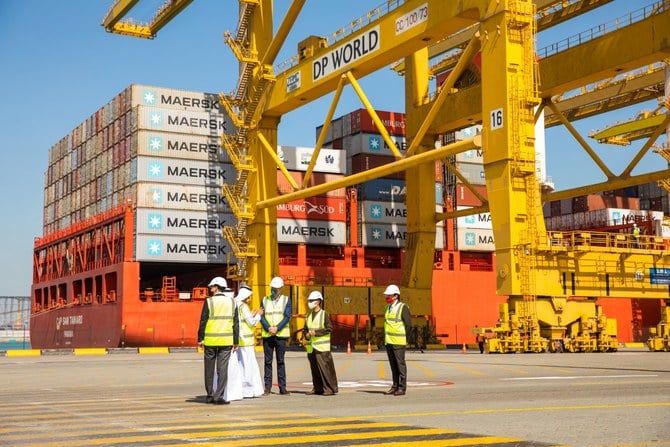 DP World expects freight rates to drop by a further 15 percent to 20 percent in 2023, with the worst still to come as demand slows, the Dubai-based global logistics company’s deputy chief executive and chief financial officer Yuvraj Narayan told Reuters.
Narayan said the first signs of a significant drop in demand were visible and freight rates on the shipping side had declined quite significantly on certain routes as agencies including the International Monetary Fund lowered growth forecasts.

Freight rates are the prices at which cargoes are delivered by container from one point of the globe to another.

“It is clear that there is a massive drop in demand, inventories are not clearing up the orders are not coming through,” he said on Monday.

“We have not seen the worst of it yet.”

The biggest problems were in China, Europe and the US, as the world’s largest producing and consuming economies, DP World’s Narayan said in an interview on the sidelines of the World Economic Forum in Davos.

Narayan said that across shipping freight rates there had been a significant decline in freight rates of anywhere between 20 percent and 50 percent from their peaks last year.

There were three overriding factors driving this, Narayan said, notably disruptions during the COVID-19 pandemic, inflation in Europe due to the energy price spike and severe disruptions to global supply chains.

These disruptions were persisting as a result of the war in Ukraine and sanctions against Russia, he added.

DP World, which is a major ports operator, has been talking to the United Nations and Kyiv about providing safe passage for the transportation of grain out of Ukraine, but had yet to get the necessary approvals, Narayan added.

Ukrainian grain exports from Black Sea ports and ways to unblock fertilizer and food exports from Russia have been the subject of intense diplomatic negotiations since last year.

Ukraine is a major global grain grower and exporter, but its shipments fell significantly due to hostilities in many regions and Russian blockades of its seaports.

“There were new trade routes that were going to get established and we were out there as potential partners,” he said, adding: “basically we put everything on hold till we get a clearer political picture.”
#COVID-19  #Covid
Add Comment