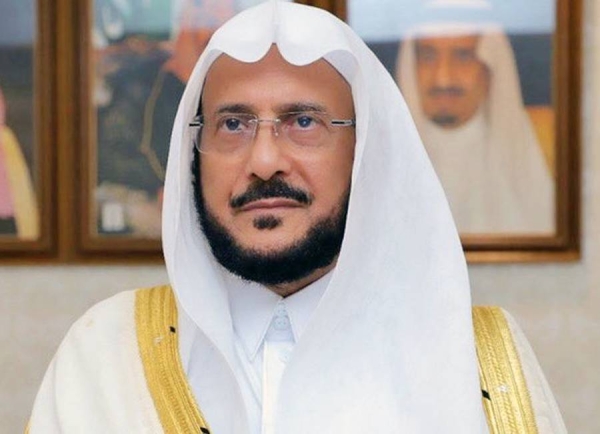 Minister of Islamic Affairs, Call and Guidance Sheikh Dr. Abdullatif bin Abdulaziz Al-Sheikh Saturday held official talks with his Indonesian counterpart Yaqut Cholil Qoumas during which they reviewed Saudi Arabia's efforts in serving Islam and Muslims and spreading the values of moderation and correcting the understanding of religious discourse.
They also discussed the printing process of the Holy Qur’an by the King Fahd Complex in Madinah, in addition to KSA’s efforts in confronting groups that try to exploit Islam to achieve their ideologies.

Dr. Al-Sheikh said that the Ministry of Islamic Affairs signed memoranda of understanding (MOU) with several Islamic institutions and ministries in various countries to transfer the Kingdom’s experience in serving Islam and to spread its tolerant values and teachings in line with the Kingdom’s policy and message towards Muslims around the world.

For his part, the Indonesian Minister hailed Saudi Arabia's efforts to serve Islam and Muslims in the world and Muslims in Indonesia in particular, stressing that Saudi Arabia is taking great strides to spread the approach of moderation that Muslims need.

He reiterated his country’s keenness to activate cooperation agreements with the Kingdom that serve Islam and Muslims, adding that the efforts made by the Kingdom for pilgrims, and visitors, and the Kingdom's experience in dealing with the Corona pandemic are distinctive and reflect the wisdom and keenness of its leadership.

The talks also discussed activating a previously signed MoU between the two sides in Islamic affairs, spreading the method of moderation and countering extremism, and exchanging expertise in everything that serves Islam and Muslims.
Add Comment