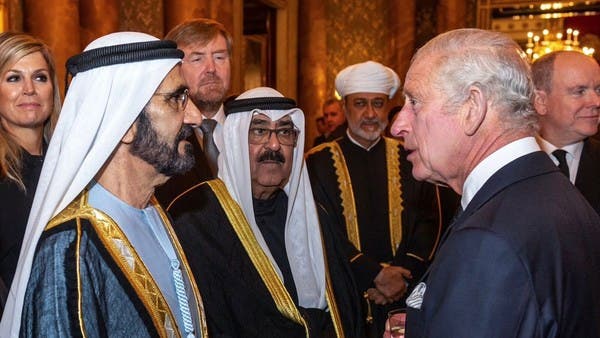 Dubai ruler and Vice President of the United Arab Emirates Sheikh Mohammed bin Rashid met with Britain’s King Charles on Sunday to offer condolences on the passing of Queen Elizabeth.

The leaders met at Buckingham Palace in London and Sheikh Mohammed paid his respects on behalf of the UAE, highlighting the significant role the monarch played in supporting and consolidating the strong historic ties between the United Kingdom and the UAE.

“Today, I met King Charles III at Buckingham Palace. We conveyed the condolences of the people of the United Arab Emirates on the death of Queen Elizabeth II, and their wishes for success in his new royal duties, and the continued wishes of the British people for progress and prosperity,” the Dubai ruler tweeted late Sunday.

Sheikh Mohammed also expressed the hope that the relationship between the two countries will continue to grow deeper and stronger in the years ahead to serve the peoples of both countries as well as to strengthen regional and international peace, security and stability, the official Emirates News Agency WAM reported on Monday.

The UAE’s President Sheikh Mohamed bin Zayed also spoke with King Charles on the phone on Sunday during which he congratulated the monarch on his ascension to the throne, wishing him success in his duties as king.

Since Queen Elizabeth’s passing earlier this month, hundreds of thousands of people from across the world have traveled to London to pay their respects to the late Queen at her lying-in-state in Westminster Hall, London.

Several mourners waited in a queue for over 24 hours to pay their respects.

The funeral is to be held on Monday and will see the attendance of world leaders and royal families, as well as around 200 members of the public who were recognized in the Queen’s honors.