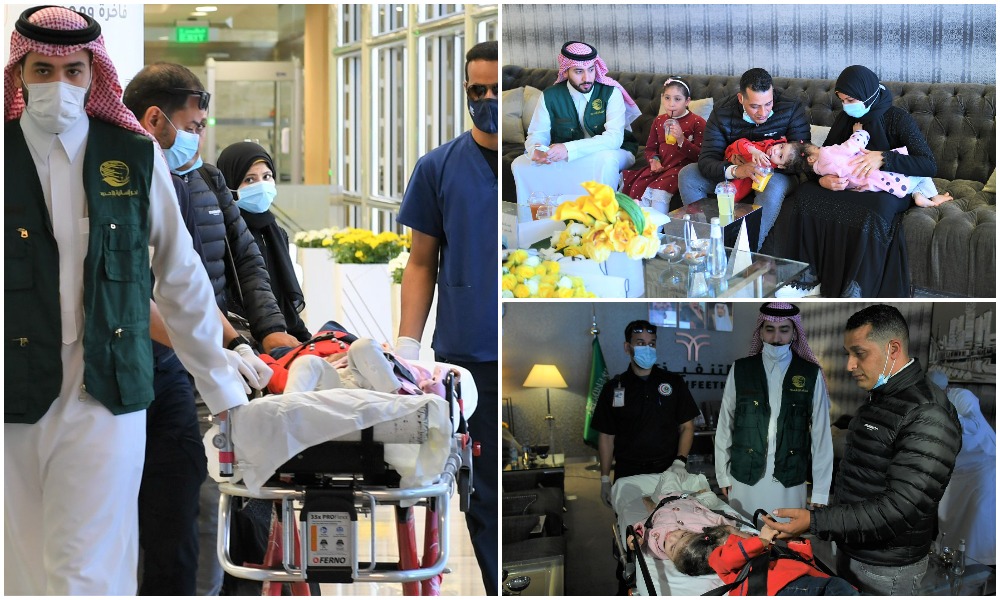 Egyptian Siamese twins Salma and Sarah arrived at King Khalid International Airport in Riyadh on Tuesday, accompanied by their parents. At the directives of King Salman, they were transferred to the King Abdullah Specialist Hospital for Pediatrics, at the Ministry of the National Guard, to study their case and consider them for separation surgery.
Adviser at the Royal Court and Supervisor General of the King Salman Humanitarian Aid and Relief Center, Dr. Abdullah bin Abdulaziz Al-Rabeeah, extended his thanks to the Saudi leadership on this humanitarian initiative.

Al-Rabeeah, who is also head of the medical team, praised the important technical and logistical support provided by the Ministry of National Guard through the King Abdullah Specialist Hospital for Pediatrics.

Abdulghani Hilal, the father of the twins, expressed his thanks to the Kingdom’s leadership. The Hilal twins are the 118th set of foreign-born twins who have arrived in the Kingdom to be examined by the Saudi National Program for Separating Conjoined Twins.

In July, Al-Rabeeah announced that separation surgery to remove a parasitic twin from a Yemeni girl had been successful.

The parents met their daughter, Aisha, for the first time after the operation, a moment that left both overwhelmed.

The operation was 45 minutes shorter than the expected time, Al-Rabeeah said, having been expected to last a grueling nine hours and eight stages, and the baby awoke soon after the end of the procedure.

Al-Rabeeah congratulated the parents and wished them a happy return to Yemen with their healthy child following her recovery.
Add Comment