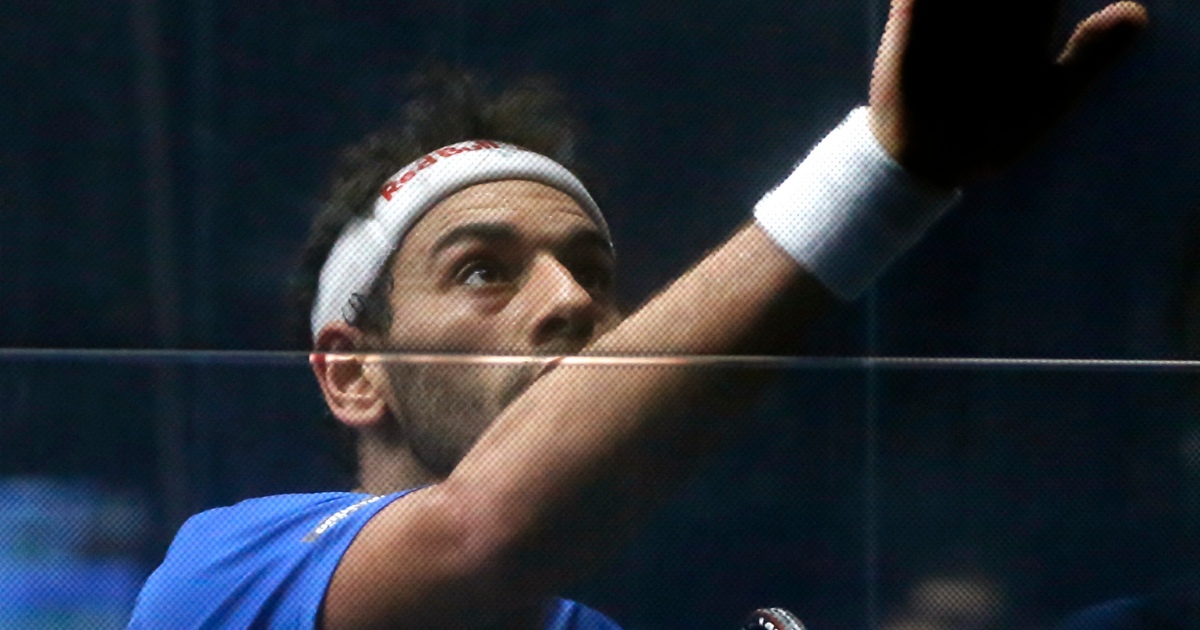 ElShorbagy’s shock decision to play squash for England has led to criticism in his home country of Egypt.

Former world squash champion Mohamed ElShorbagy is at the centre of a heated debate in his home country, Egypt, after he announced he was switching allegiance to England in a move that has brought both widespread sympathy and harsh criticism.

England Squash, the national governing body for squash, announced Monday morning that the 31-year-old ElShorbagy, who had won more than 40 tournaments for Egypt throughout his 15-year sports career, has switched allegiance to England with immediate effect.

Accordingly, the current world number-three squash player is due to play his first game under the English flag on Wednesday at the Necker Mauritius Open, a Professional Squash Association (PSA) World Tour event, which kicked off on Tuesday.

ElShorbagy’s decision, although far from being the first made by an Egyptian athlete to play for other nations, took the country’s sports scene, and beyond, by storm.

In comments he made to BBC Arabic on Monday, the athlete said the “difficult” decision stemmed from the lack of support he found in Egypt, and from choosing a path that would enable him to advance his sports career.

“The older you get, the more you need a team behind you. You need a doctor and a special coach in every tournament. These things were not available to me before,” he said.

“I need support at this time in my career. England came to give me all I needed,” ElShorbagy told BBC Arabic.

“I love my country, Egypt. The toughest thing regarding my decision is the young players who look up to me,” ElShorgaby added.

Meanwhile, Egyptian Squash Association President Assem Khalifa implied that ElShorbagy had planned this move for a while, saying that the England-based player had refused to take part in a number of tournaments on behalf of Egypt and that the association had provided him with backing.

“Since I have plenty of professional players, I have always excused ElShorbagy for not coming to play with our team. He has been staying in Bristol since he was 14 years old. He doesn’t come to Egypt unless there is a tournament being played here,” Khalifa said in an interview with local television.

Khalifa also argued that younger squash players are prioritised when distributing the association’s limited resources, as well-established players win financial awards on which they can rely.

Born in Egypt’s coastal city of Alexandria in 1991, ElShorbagy began his sports career in 2006 and is considered one of the most decorated squash players of all time, claiming the world No 1 rank five times since 2014. 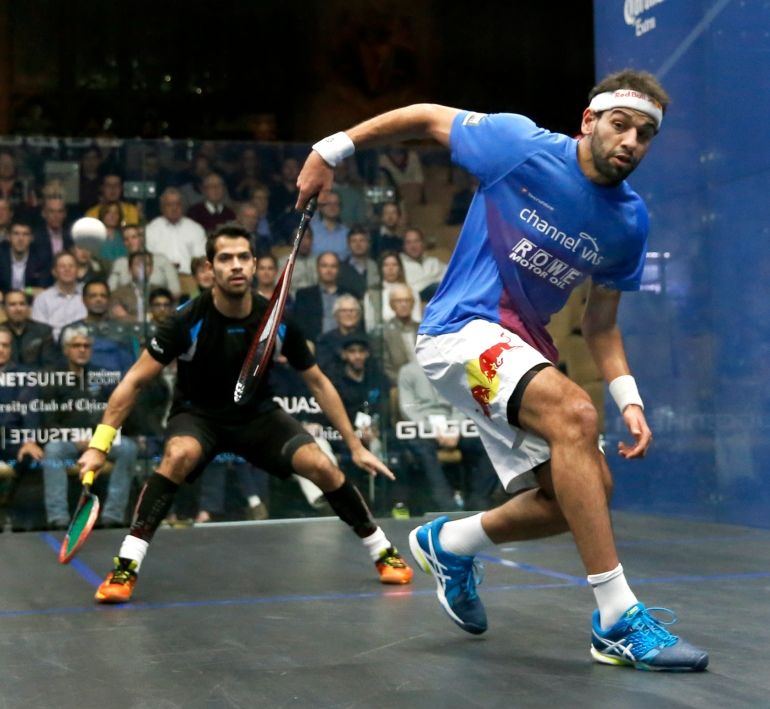 Mohamed Elshorbagy, right, competes against Cesar Salazar, from Mexico, in 2017

His prominence in the game has coincided with a two-decade streak of Egyptian squash players dominating the sport. Aside from Egypt’s Ali Farag, the world’s current No 1 squash player, nine others are on the PSA’s top 20 list.

Ahmad Barada, who came second in the 1999 world championship and was key in inspiring generations of Egyptian players, described ElShorbagy’s decision as “a mistake” but argued that he “should not be slaughtered by the media for it”.

“This player won 47 tournaments for Egypt… I’m sad that he has left us,” he said in a televised interview. “He needs someone to support him at this stage,” he continued.

Meanwhile, local newspaper El Dostor accused ElShorbagy of treason, using its Facebook page to criticise the young athlete, calling for him to be stripped of his Egyptian nationality and publishing a video titled: How much did you sell Egypt for?

But others say they can understand ElShorgaby’s choice.

Egyptian football goalkeeper Sherif Ekramy, while saying on Twitter that ElShorbagy’s decision was “unacceptable”, added that the Arab world’s most populous country was “paying a hefty price as a result of negligent, empty-minded, vision-lacking officials… Egypt has for years been left behind by its best brains and talents. Before we condemn those who left, hold accountable those who drove them away”.

In his widely-viewed talk show, television host Amr Adeeb on Monday commented on the issue, addressing Egyptian squash officials: “Let’s be frank: you offered him nothing. You gave him nothing tangible that you can hold against him.”

ElShorbagy could be facing an Egyptian player soon – his own brother Marwan, who ranks ninth on the PSA and represents Egypt – at the ongoing Necker Mauritius Open Tournament, if they both qualify for the semi-finals.