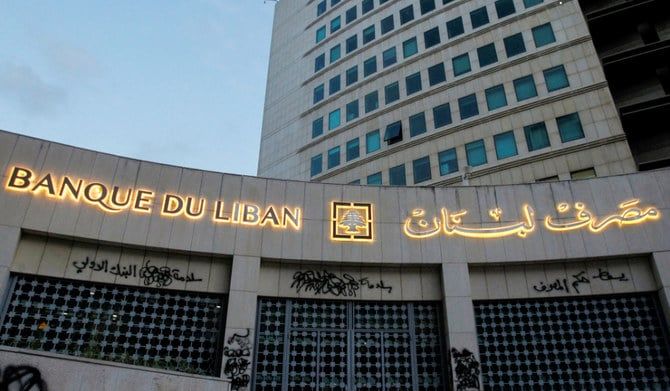 A judicial delegation from France, Germany and Luxembourg will open its investigation into the activities of Lebanon’s central bank and its governor, Riad Salameh, in Beirut on Monday. It is expected to continue until Friday.
Salameh is facing prosecution in cases relating to money transfers from Lebanon to banks in those European countries, the sources of the funds and the extent to which they might be linked to corruption, money laundering and financial crimes in Europe.

Arab News understands the Central Criminal Investigation Division affiliated with the Public Prosecution Office in Lebanon has informed those who have been called for questioning of the dates on which they are expected to attend the Justice Palace in Beirut, beginning early next week. They include 15 banking officials, including current and former vice-governors of the central bank. Salameh himself will not be questioned at this stage, a judicial source said.

In March 2022, European authorities froze $130 million of Lebanese assets, and targeted Salameh and four people close to him for investigation in relation to alleged embezzlement of public funds.

Judge Ghassan Oweidat, Lebanon’s public prosecutor, met on Thursday with a diplomatic delegation from the embassies of France, Germany and Luxembourg at the Justice Palace. The Lebanese judiciary has expressed disapproval of the way it is being treated in the case.

Lebanese authorities were officially informed by letter that a judicial delegation from the three European countries would be arriving in Lebanon to conduct their investigation. The delegation includes public prosecutors and specialist financial judges, who told Lebanese authorities about their visit in the letter without formally requesting authorization to conduct their investigation.

This was a strange and an unprecedented move, according to the judicial source, who also questioned what it means for the sovereignty and relevance of the Lebanese state if foreign countries can simply grant themselves the authority to conduct investigations on its soil.

He also said it was surprising that the representatives of the three European countries had only informed the Lebanese judiciary of the date of the delegation’s arrival in Beirut to conduct its investigation and the names of the individuals to be questioned, without requesting the judiciary’s assistance or cooperation. This undermines and violates the authority of the Lebanese judiciary, he added.

“The foreign judicial delegation doesn’t have the right to arrive in Lebanon and conduct investigations without a letter of request,” the source said.

“The Convention against Corruption signed by Lebanon requires it to meet the demands of foreign judicial authorities, provided that they comply with the Lebanese laws.”

Salameh has faced harsh criticism for his monetary policies and financial engineering operations, which have been blamed for contributing to the accumulation of debt and eventual collapse of Lebanon’s economy.

The French financial judiciary has been investigating him since 2021 on charges of money laundering and embezzlement. He has been governor of the central bank since 1993 and his term is set to end in May.

Switzerland has also been investigating allegations of embezzlement in the central bank, with Salameh and his brother the main suspects.

During their meeting, Judge Oweidat and the delegates went through the due process followed by Lebanon in such cases. The investigation will take place at the hall of the Court of Cassation at the Justice Palace in Beirut and the judicial source said Oweidat and the delegates agreed a protocol to be followed during the investigation. It requires investigators to direct their questions to witnesses through Lebanese judges who will be present during the sessions, rather then directly to the individuals being questioned, who have the right to have lawyers present.

“If the European judges want to make any claims, they should do so in their countries and not during the investigation sessions in Lebanon,” the judicial source said.

“After the claim, a refund request should be sent to Lebanon. What is certain is that no action can be taken against any Lebanese who was interrogated and investigated during the hearing.”

Takieddine is a 72-year-old Lebanese-French businessman accused by the French judiciary of financial crimes. He was a key witness in an investigation into alleged Libyan financing of former French President Nicolas Sarkozy’s 2007 election campaign. He told French investigators in 2016 that he gave Sarkozy and his office manager &euro;5 million ($5.3 million) to fund Sarkozy’s campaign. He was detained in Lebanon in 2020 and where he faced a French investigation but was tried by the Lebanese judiciary.

Similarly, in 2021 French investigators visited Lebanon to question Lebanese businessman Carlos Ghosn. Their questions were directed to a Lebanese judge who, in turn, put them to Ghosn.

The judicial source added: “The French know this protocol in Lebanon because they have experienced it before.”
Add Comment