China's national oil majors are in advanced talks with Qatar to invest in the North Field East expansion of the world's largest liquefied natural gas (LNG) project and buy the fuel under long-term contracts, three people with knowledge of the matter said.

It would be the first such partnership between the two nations, among the world's top LNG consumers and producers, as the Middle Eastern energy exporter shifts to expand its Asian client base at. Global energy corporations used to be the main investors in Qatar's gas industry.

The Qatari supply deal will help China create a buffer against spot price volatility and diversify its imports; relations with two major suppliers, the United States and Australia, are at a low point, and another, Russia, is in the midst of a war and faces widespread sanctions. Beijing views gas a strategic bridge fuel to replace coal on its path to carbon neutrality by 2060.

Qatar was China's largest LNG supplier after Australia in the first five months of 2022, data on Refinitiv Eikon showed.

State-controlled CNPC and Sinopec are expected to invest a 5% stake each in two separate export trains, part of the nearly $30 billion North Field expansion project, the three sources with knowledge of the discussions told Reuters.

"The participation, even of a small stake, would give Chinese direct access to the highly globalized project and learn its management and operational expertise," said one of the sources, a senior Beijing-based industry official.

The North Field Expansion includes six LNG trains that will ramp up Qatar's liquefaction capacity from 77 million tonnes per annum (mtpa) to 126 mtpa by 2027, consolidating its status as the world's largest producer.

Qatar treats each export train as one joint venture and CNPC and Sinopec will invest in one train each, the sources said.

QatarEnergy did not respond to Reuters' request for comment.

In addition, CNPC and Sinopec are negotiating with state-run QatarEnergy to buy up to 4 mtpa of LNG each for up to 27 years, said two of the sources, in what would be the single-largest purchase deals of the super-chilled fuel between the two nations.

China in 2021 imported nearly 9 million tonnes of LNG from Qatar, or 11% of the country's total LNG imports.

Discussions are focused on the pricing of long-term supply deals that will be linked to the global oil market, another of the three sources said.

QatarEnergy said on Sunday that TotalEnergies had become its first partner for the project, winning a 25% stake in one train. Asian buyers are expected to make up half the market for the project, and buyers in Europe the rest, QatarEnergy's chief executive said. 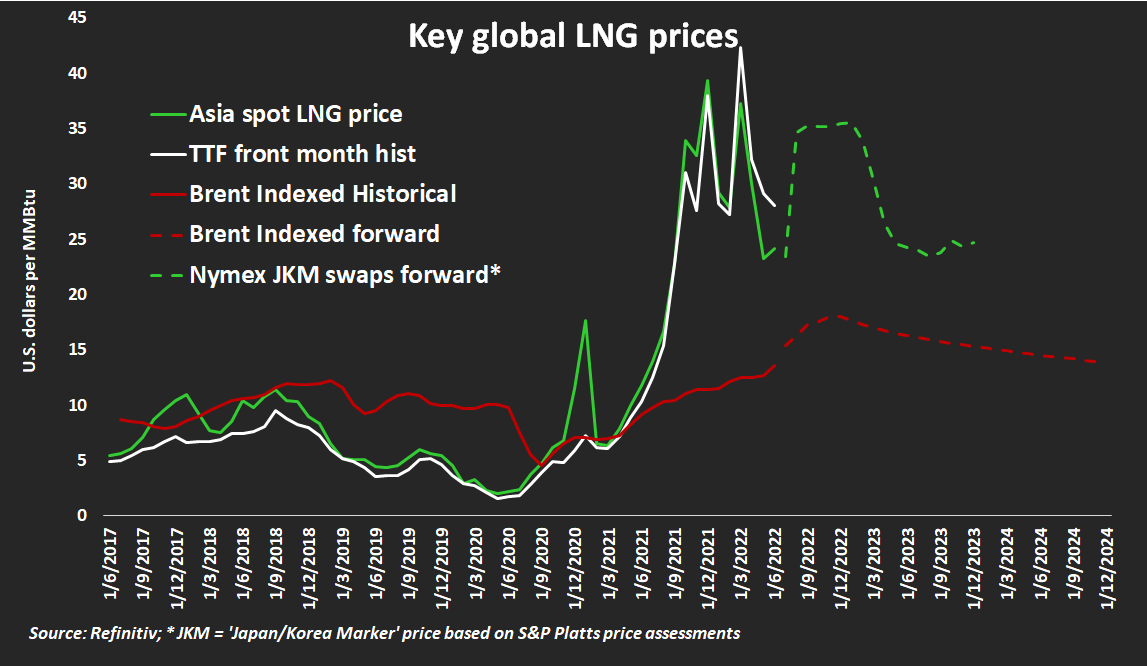 "Chinese participation in the trains are more of a financial investor as the stake is very small. The key is the price negotiations for the long-term gas offtakes," the third source said.

This person added that Indian companies are also interested in discussing stakes with Qatar, but did not elaborate.

China, the world's top LNG buyer in 2021, imports 45% of its natural gas needs and sees Qatar as a reliable long-term supplier after a flurry of purchase agreements with the United States in late 2021.