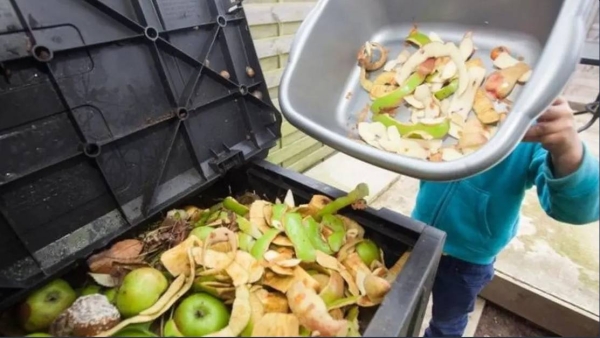 Minister of Environment, Water and Agriculture Abdul Rahman Al-Fadhli revealed that the rate of food loss and waste in the Kingdom reached more than 33 percent of the total food while reaching the cost of food waste SR40 billion in a year.
The minister stressed the importance of securing a highly effective mechanism to bring down the amount of food waste.

“This can be achieved through shouldering the responsibility by everyone in maintaining a balance in the purchase of food and remembering the value of food and prohibition of waste.

“Moreover, there should be an enhancement in raising the level of awareness among producers and consumers so as to reduce the effects of waste on health as well as on environment and the economy,” he said.Al-Fadhli said the awareness campaign would contribute to achieving the state’s goals in effectively exploiting agricultural and food resources and safeguarding the achievements made in the field of food security.

Meanwhile, Governor of the Saudi Grains Organization (SAGO) Ahmed Al-Faris signed on Wednesday a contract to carry out an awareness campaign to bring down food loss and waste with a Saudi company specialized in this field, and this campaign is part of the National Transformation Initiatives under the Kingdom’s Vision 2030.

Al-Faris stated that achieving lower rates of food loss and waste is carried out through multiple ways, including awareness campaigns by involving all members of society.

This is part of the efforts to achieve the goals of the program, which is aimed at reducing food loss and waste with the aim of optimal investment of resources and reducing financial burdens on individuals and society.

“SAGO is keen to actively participate in preserving the nation’s economy by virtue of its management of this file, and its direct relation with a vital food commodity,” he added.
Add Comment