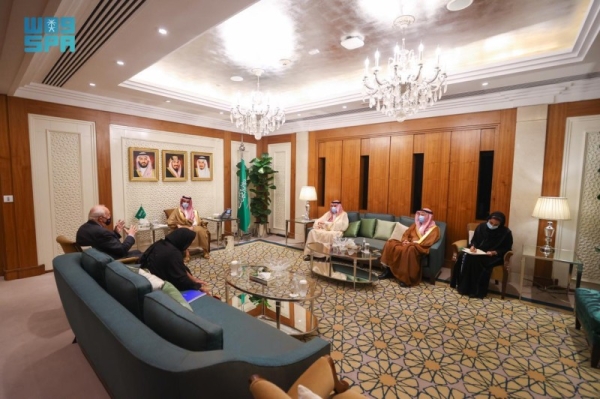 Saudi Arabia’s Foreign Minister Prince Faisal Bin Farhan met on Thursday with the UN High Representative for the Alliance of Civilizations (UNAOC) Miguel Moratinos in his office at the ministry's headquarters in Riyadh.
During the meeting, they reviewed Saudi Arabia’s global role in supporting dialogue among different civilizations and cultures, the Saudi Press Agency reported.

Prince Faisal and Moratinos discussed the efforts of the King Abdullah Bin Abdulaziz International Center for Interreligious and Intercultural Dialogue (KAICID) and its strenuous work in consolidating dialogue and coexistence among the people of the world.

They also underlined the importance of strengthening the partnership between Saudi Arabia and the United Nations in various fields, most notably supporting dialogue among civilizations globally.
Add Comment