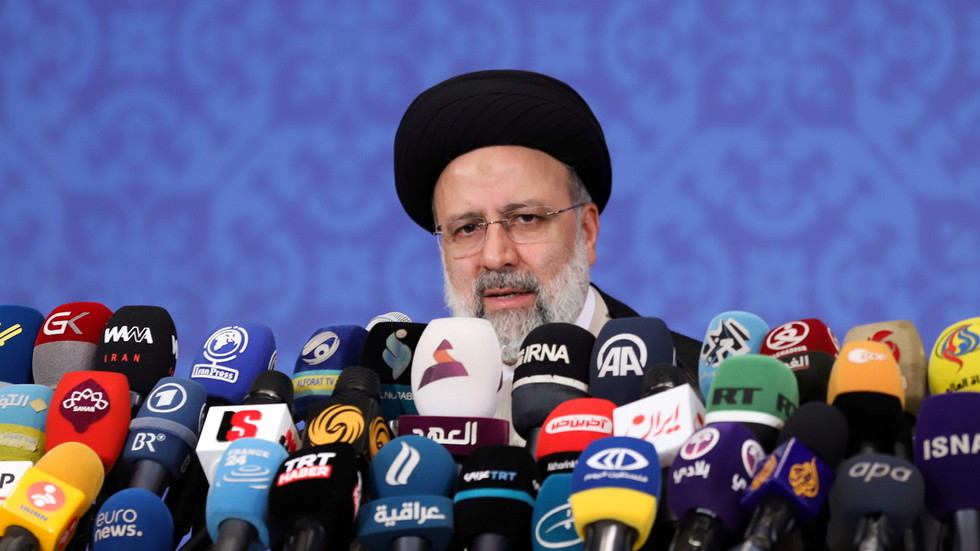 Iran’s president-elect, known for his hardline stance, has said his country’s foreign policy will extend beyond the JCPOA nuclear deal and that he will engage with leaders and parties around the world in Tehran’s best interests.

Speaking at a press conference on Monday for the first time since his election victory last week, President-elect Ebrahim Raisi talked of his plans to implement an assertive foreign policy.

Striking a forceful tone, Raisi said that the country’s ballistic missile program was not up for negotiation and demanded that the US lifts all sanctions on Iran, adding that Washington must immediately return to the terms of the 2015 nuclear deal, formally known as the Joint Comprehensive Plan of Action (JCPOA).

"I urge the United States to return to its commitment to the deal… All sanctions imposed on Iran must be lifted and verified by Tehran."

The president-elect suggested he had no interest in meeting US President Joe Biden but insisted his government would interact with the world in the best interests of Iranians.

“Our foreign policy will not be limited to the nuclear deal,” Raisi stated, adding: “We will have interaction with the world. We will not tie the Iranian people’s interests to the nuclear deal.” He claimed that the priority would be to improve relations with other countries in the region.

In remarks which covered a number of topics, the president-elect said he should receive an award for his tireless efforts as a jurist. He said he had “always defended human rights” and that US sanctions on Iran were human rights abuses.

Raisi, who won 62% of the popular vote last week in an election with a turnout of just 47%, will be subordinate to Supreme Leader Ayatollah Ali Khamenei on many issues when he takes office in August.

Raisi’s victory comes as Iranian negotiators attempt to secure a deal in Vienna which would see the 2015 nuclear deal restored and tough US sanctions removed. The pact, which put restraints on Iranian nuclear ambitions, was unilaterally abandoned in 2018 by former US president Donald Trump, who enacted harsh sanctions on Tehran.