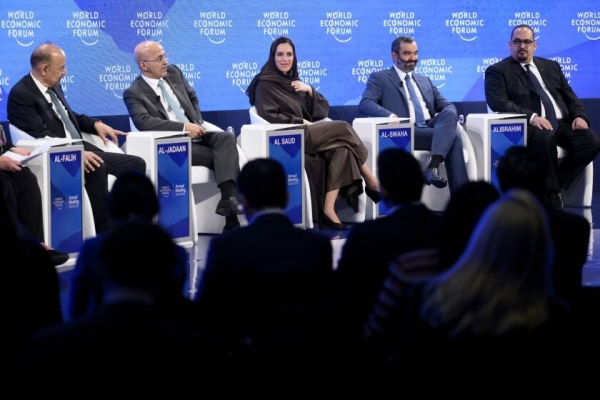 Four Saudi ministers praised the relations with the US, rejecting rumors about strained relations between the two countries.

The key ministers were talking at a panel in the World Economic Forum at Davos on Wednesday.

Minister of Investment Eng. Khalid Al-Falih said, “Relationship with the US are very strong and you may hear a lot in the news but that doesn’t shake the foundation of connectivity.”

“As a minister I’ve been to the US many times since I took my position in the last two years.”

He pointed out that the US is the biggest investor in Saudi Arabia in terms of the companies and they continue to come very strong.

But he also said, “It doesn’t reduce our intent to draw in investment from other regions and countries.”

“We continue to work with investors from all over the world but the US will remain central,” he said.Minister of Finance Mohammed Al-Jadaan said, “We’re continuing to invest in the US and elsewhere.”

He defended the current status of relations between Riyadh and Washington. “The relationship has been very good all over despite what you hear over the media.”

Minister of Communications and Information Technology Eng. Abdullah Al-Swaha said, “The relations and investments with the US could not be any better.”

Al-Swaha shared stories of cooperation with US tech giants such Microsoft and Amazon to accelerate the future economy and empowering women and youth.

Minister of Economy and Planning Faisal Al-Ibrahim revealed that the level of engagement in 2021 with US enterprises and US institutions has been at its highest level.

Al-Ibrahim agreed with his collogues that the engagement was among different countries of the world but he said, “US got the lion’s share of our engagement.”

Recently, Deputy Minister of Defense Prince Khalid Bin Salman concluded a five-days trip to the US, where he met with senior officials including secretary of state and secretary of defense to strengthen the relations between the two countries.