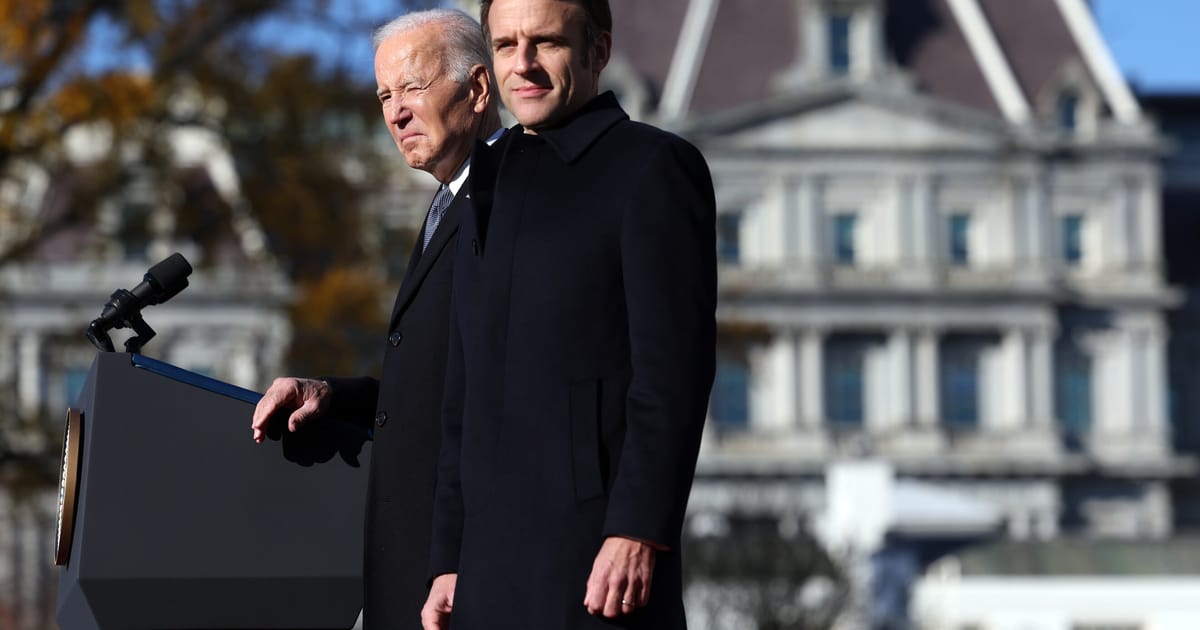 France hits back at America with green industry plan

France wants to stop lavish US subsidies from encouraging European industry to invest in America instead of the EU.
French Economy Minister Bruno Le Maire hit back at America’s multi-billion dollar green subsidies package on Wednesday by announcing Paris’s own wide-ranging raft of incentives to shore up green industries in France.

Fury has been building in Europe after it became clear that U.S. President Joe Biden’s Inflation Reduction Act — a $369 billion package for green industry — could drain investment out of the EU and into the U.S. Big car-making nations like France and Germany complained that the U.S. law was potentially illegal for discriminating against foreign companies in the electric vehicle sector and encouraging consumers to “Buy American.”

Le Maire’s move is France’s counter-strike to prevent the flight of industry out of Europe — a fear that has only been compounded by the fact the EU is facing far higher energy costs than the U.S., partly because of the war in Ukraine.

During a state visit to the U.S. in December, French President Emmanuel Macron said the U.S. green subsidies were “super aggressive” and made the case that European allies should receive the same treatment as American companies.

While the U.S. has made some concessions on tax credits for electric cars, France has argued these are insufficient and the EU needs to roll out its own subsidies package.

In the meantime, the government is looking to press ahead with its own national scheme.

On Wednesday, Le Maire said the new bill would include a wide range of incentives to encourage green industries to stay or bring back production plants to France.

“In the coming days, I will propose a bill on green industries … that will include tax, regulation and legislative measures to accelerate the installation of industrial sites in France,” said Le Maire during an interview on French radio France Inter.

France is hoping to accelerate its own national response in several areas such as “green hydrogen, electrolysis, electric batteries production, nuclear energy and renewable energies,” according to Le Maire.

“Let’s take advantage of this moment … to become the leading decarbonized nation in Europe,” he said. No figures however have yet been announced.

On Wednesday, Le Maire also said he and his German counterpart Robert Habeck were pushing to get EU partners to adopt “a European Inflation Reduction Act” which would include “bigger, swifter and more simplified subsidies” for green industries.

EU leaders have so far agreed to ask the European Commission to come up with proposals to make the bloc more competitive in the face of the green subsidy spurge in the U.S. These are expected to be discussed at a European Council summit in February.
#Joe Biden
Add Comment