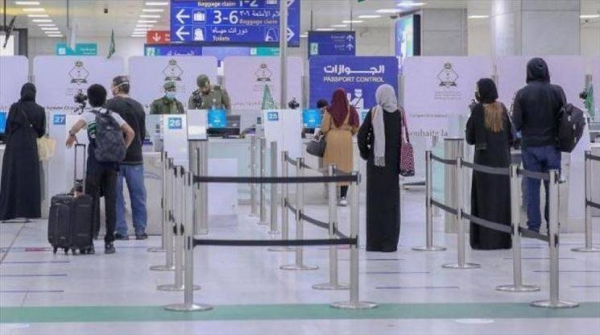 The General Authority of Civil Aviation (GACA) has instructed all airlines, including private airlines, operating in the Kingdom’s airports, to verify the immune status of expatriates before boarding their plane bound for the Kingdom.
GACA announced the new procedures in a circular sent to all airlines, the Saudi Press Agency reported on Monday.The circular stipulated that one of the two ways is to be adopted to verify the eligibility of the expatriate traveler. This is either by showing the status of immunization on the Tawakkalna application or submitting a report proving that the immunization is carried out in the Kingdom through the Qudoom online platform.

The authority stressed the need to have total compliance with the new directive, warning that legal measures will be taken against the violators and that they will be accountable for any eventualities caused by the violation.

It is noteworthy that last Monday GACA had issued instructions to all airlines operating in the Kingdom’s airports to update the entry mechanism and procedures for residents and visitors arriving from countries that are not on the Kingdom’s entry banned list, and to reduce the period of institutional quarantine to a period of five days.
Add Comment