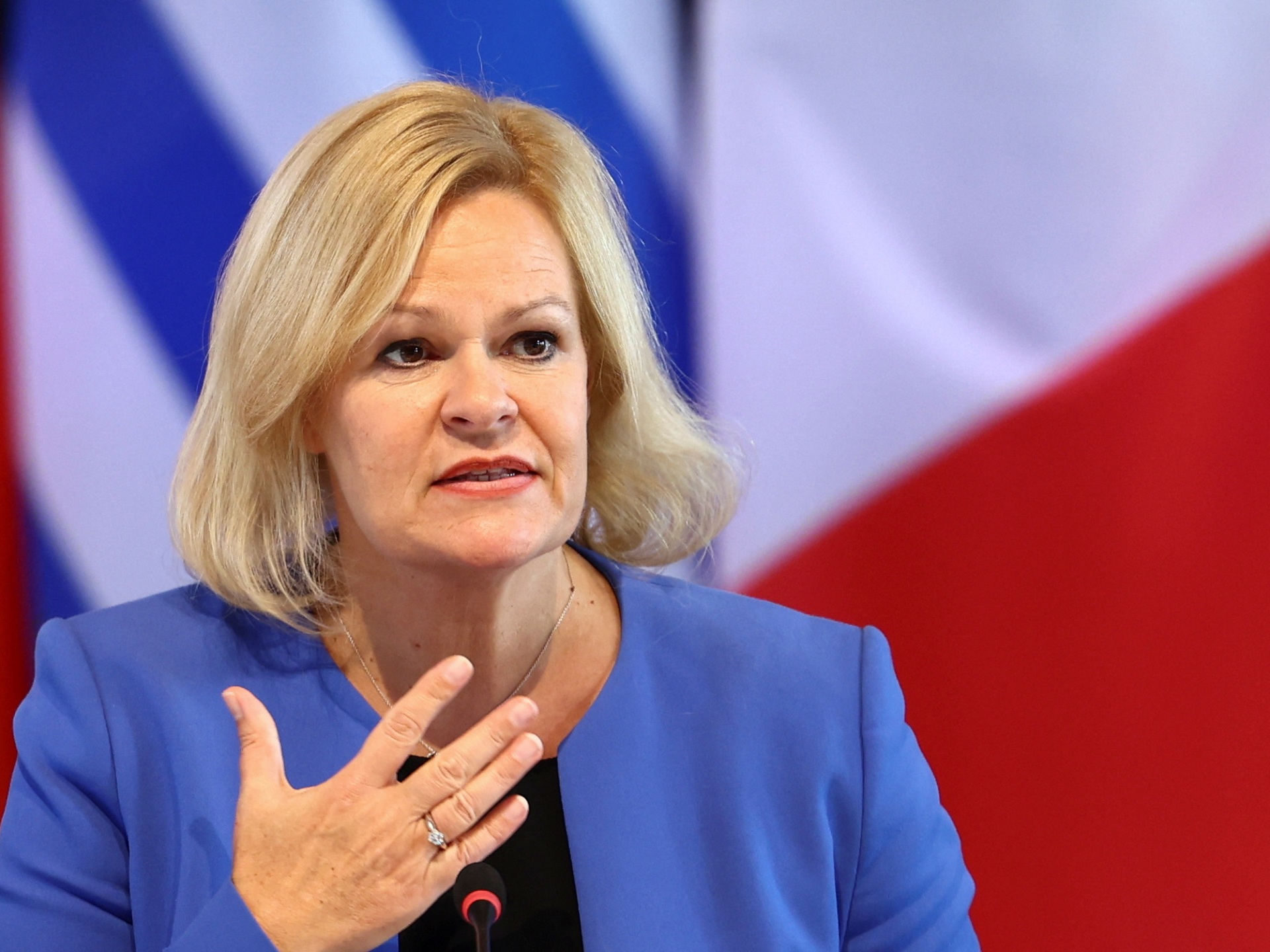 The six-member Gulf bloc says it backs Doha in ‘addressing any interference in its internal affairs’.

The Gulf Cooperation Council (GCC) has condemned remarks by Germany’s interior minister on the World Cup due to be hosted by Qatar between November 20 and December 18.

In an interview with the ARD network aired on Thursday, Germany’s Interior Minister Nancy Faeser cast doubt on whether the Gulf state should host the football World Cup, saying: “There are criteria that must be adhered to and it would be better that tournaments are not awarded to such states.”

A day later, Qatar summoned Germany’s ambassador to protest against the comments.

This is the first time Qatar has summoned a foreign ambassador over such comments.

On Saturday, GCC Secretary-General Nayef al-Hajraf expressed support for Qatar in a statement published on the council’s website.

The six-member Gulf bloc backs Doha in “addressing any interference in its internal affairs by publishing allegations that do not serve the establishment of normal relations between the two countries”, he said.

“Qatar is heading towards making new successes, and hosting the 2022 World Cup is a source of deserved pride.”

The secretary-general also praised “the pioneering role” played by Qatar in building “communication and promoting understanding between nations in a framework of mutual respect”.

On Tuesday, Qatar’s Emir Sheikh Tamim bin Hamad Al-Thani said his country has been subjected to an unprecedented campaign of criticism no host country has ever faced over the World Cup.

“We initially dealt with the matter in good faith, and even considered that some criticism was positive and useful, helping us to develop aspects of ours that need to be developed,” the emir told Qatar’s legislative council.

“But it soon became clear to us that the campaign continues, expands and includes fabrication and double standards, until it reached a level of ferocity that made many question, unfortunately, about the real reasons and motives behind this campaign.”

Qatar has come under the spotlight over its treatment of foreign labourers and human rights record since it earned the right to host world football’s biggest event.

The country has highlighted widespread reforms to its labour and industrial safety record in recent years that have been hailed by international labour unions.