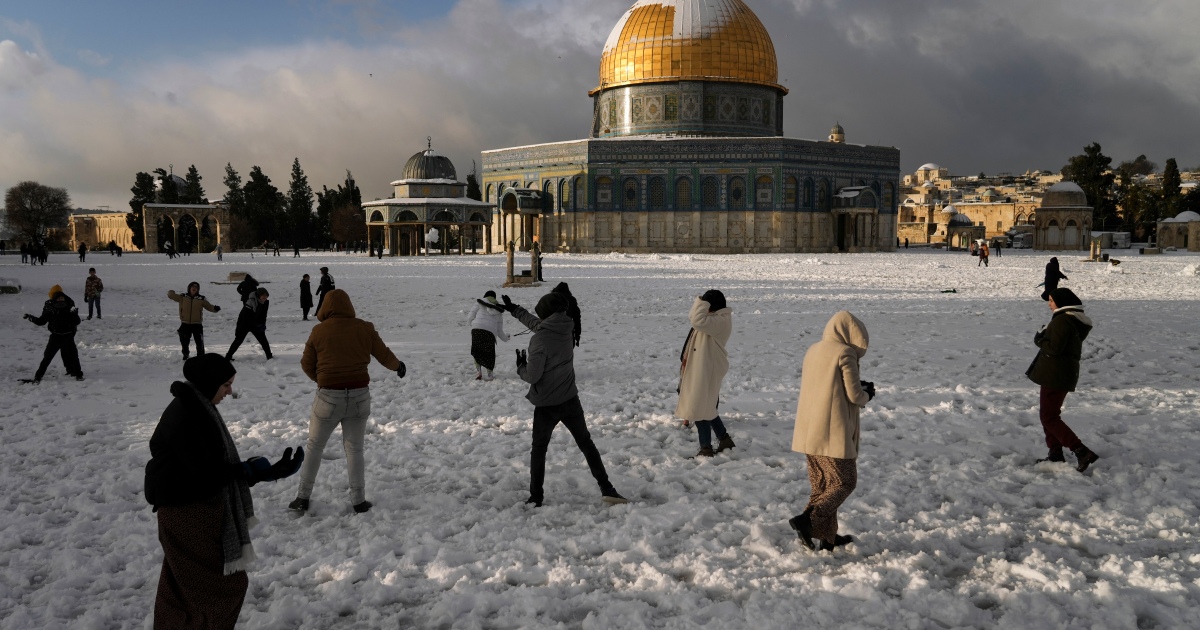 Jerusalem has been blanketed in white after a winter storm covered much of the region’s higher altitudes with snow.

The holy city’s iconic golden Dome of the Rock was dusted with snow on Thursday. Main highways to Jerusalem and its major arteries were shut, and schools and businesses closed for the day as municipal snowploughs worked to clear streets.

A winter storm has been battering the Eastern Mediterranean, bringing heavy rains and wind to the Middle East. Istanbul and Athens were covered in the snow earlier this week. 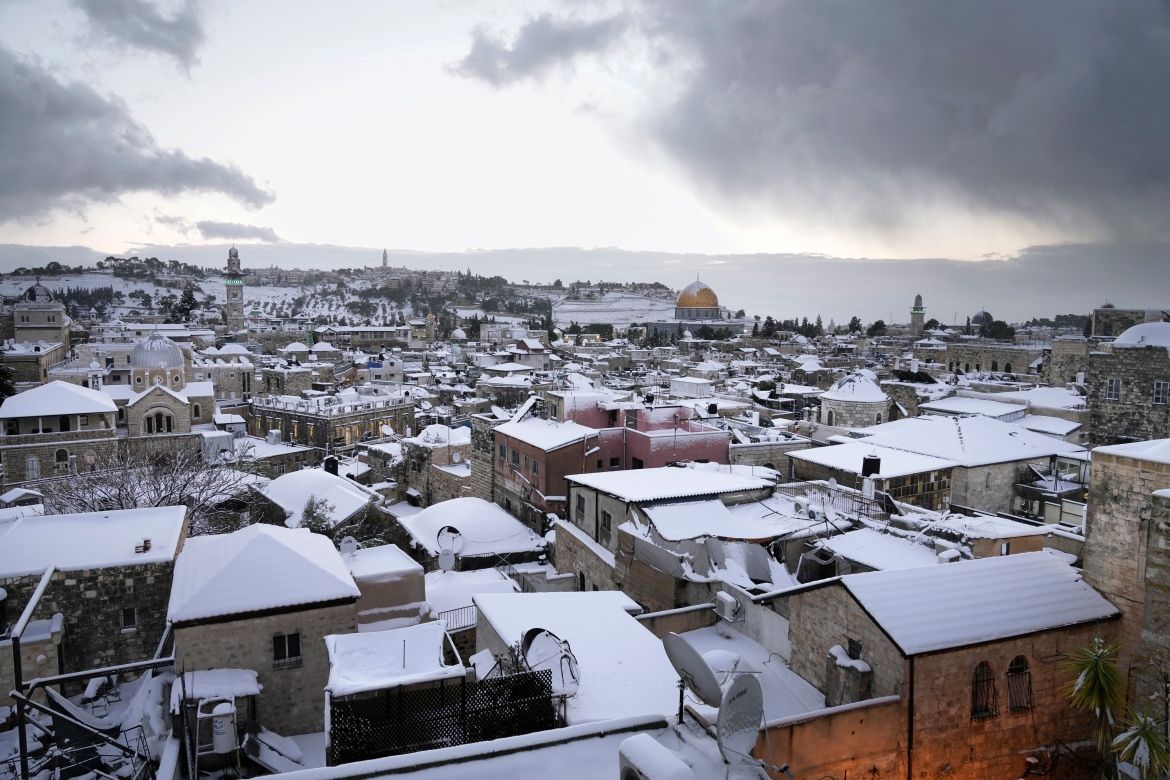 A rare snowfall hit parts of Israel and the occupied West Bank, closing schools and businesses. 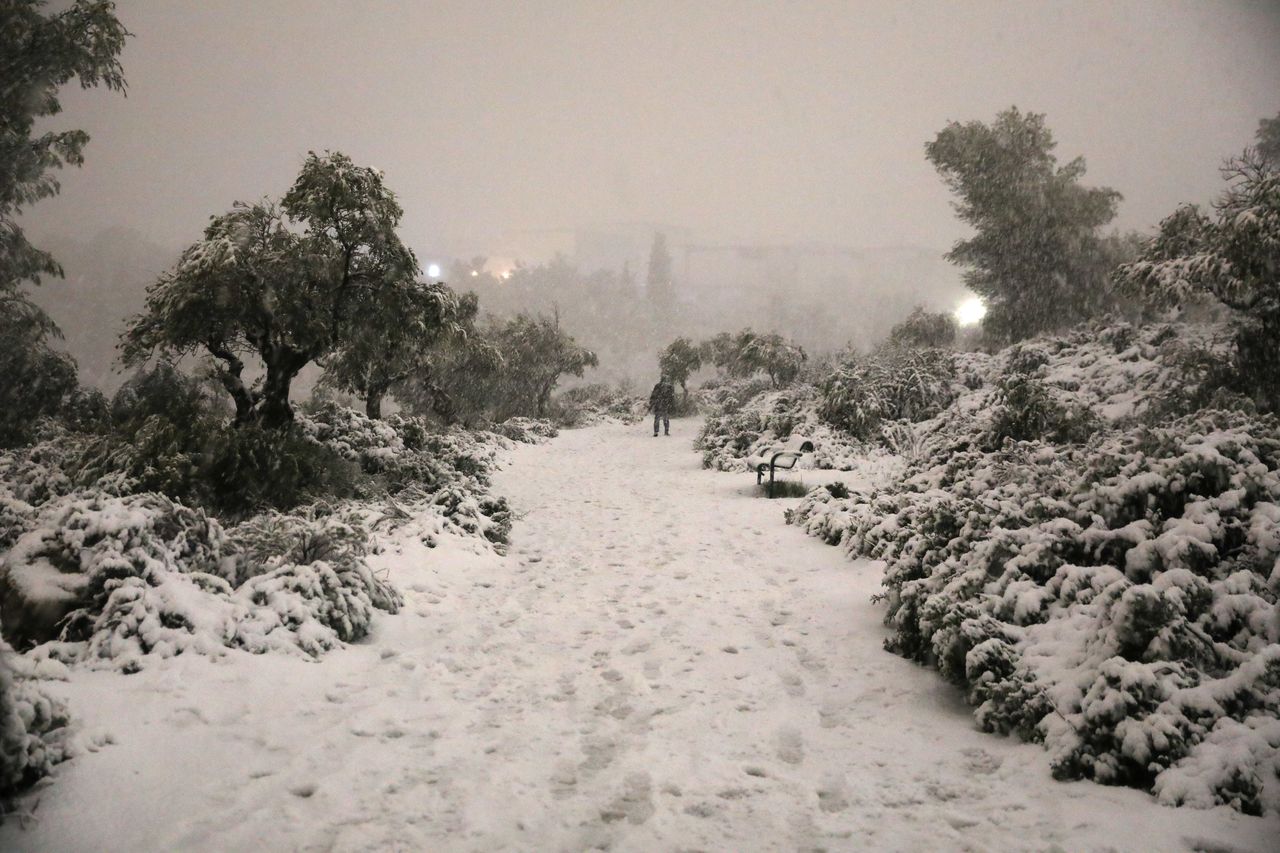 A person walks in the snow at the Valley of the Cross in Jerusalem. 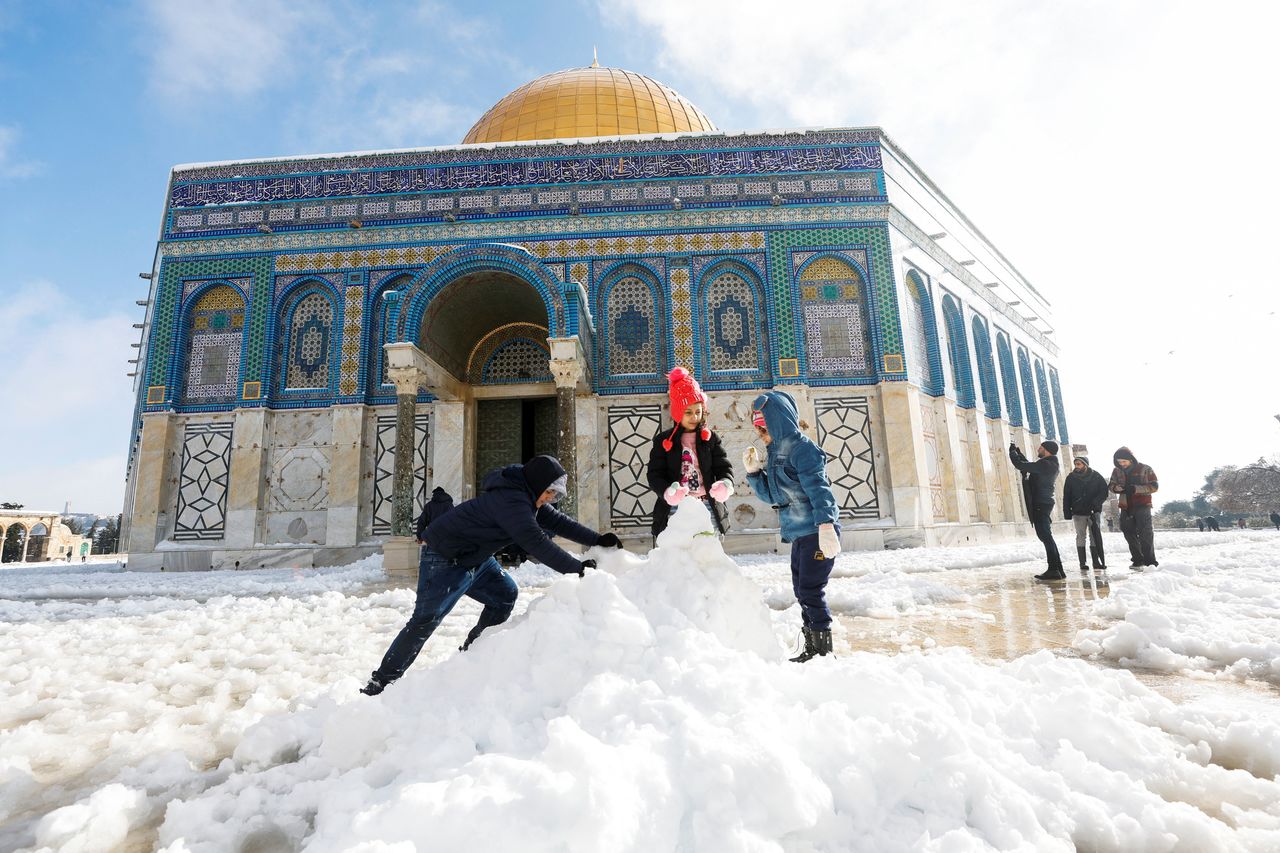 hildren build a snowman in front of the Dome of the Rock in Jerusalem's Old City. 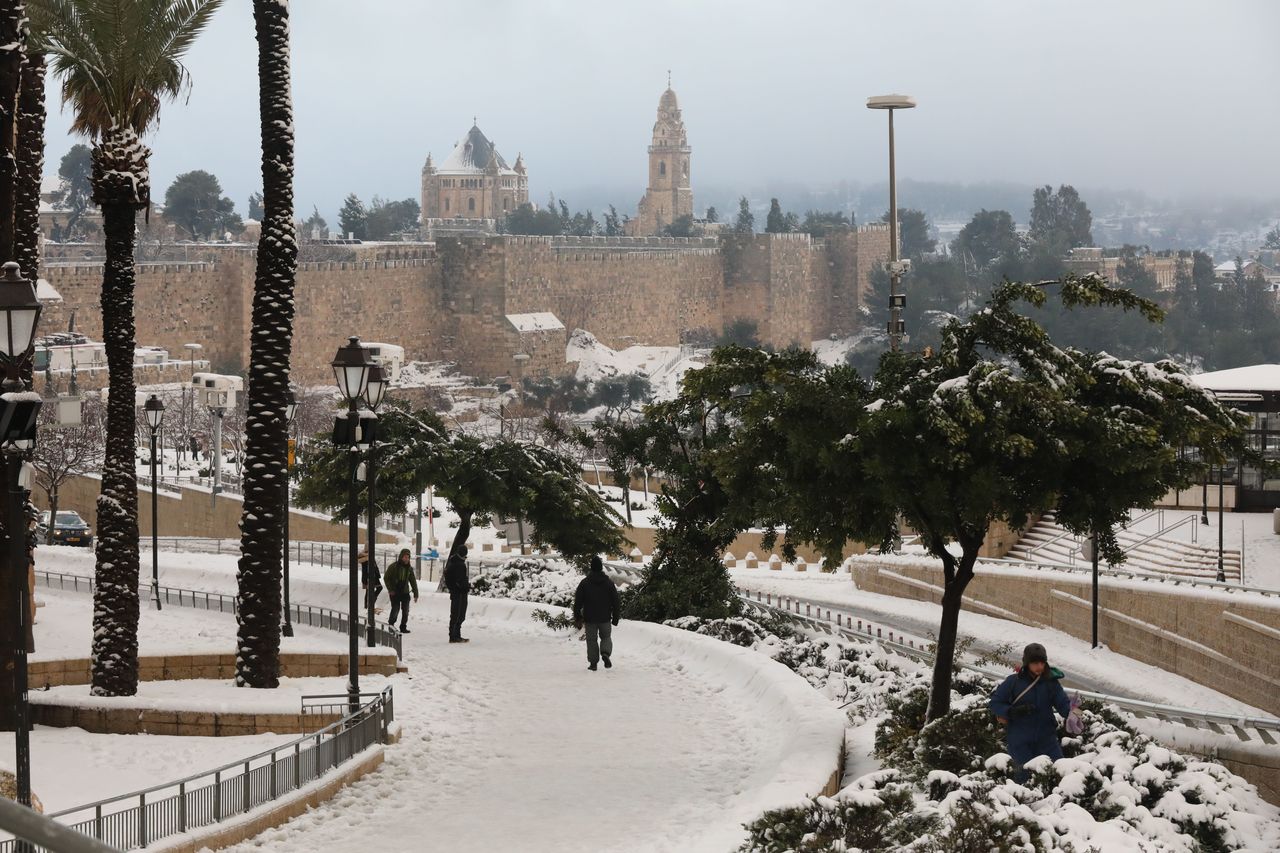 People walk in the snow near Jaffa Gate in the Old City of Jerusalem. 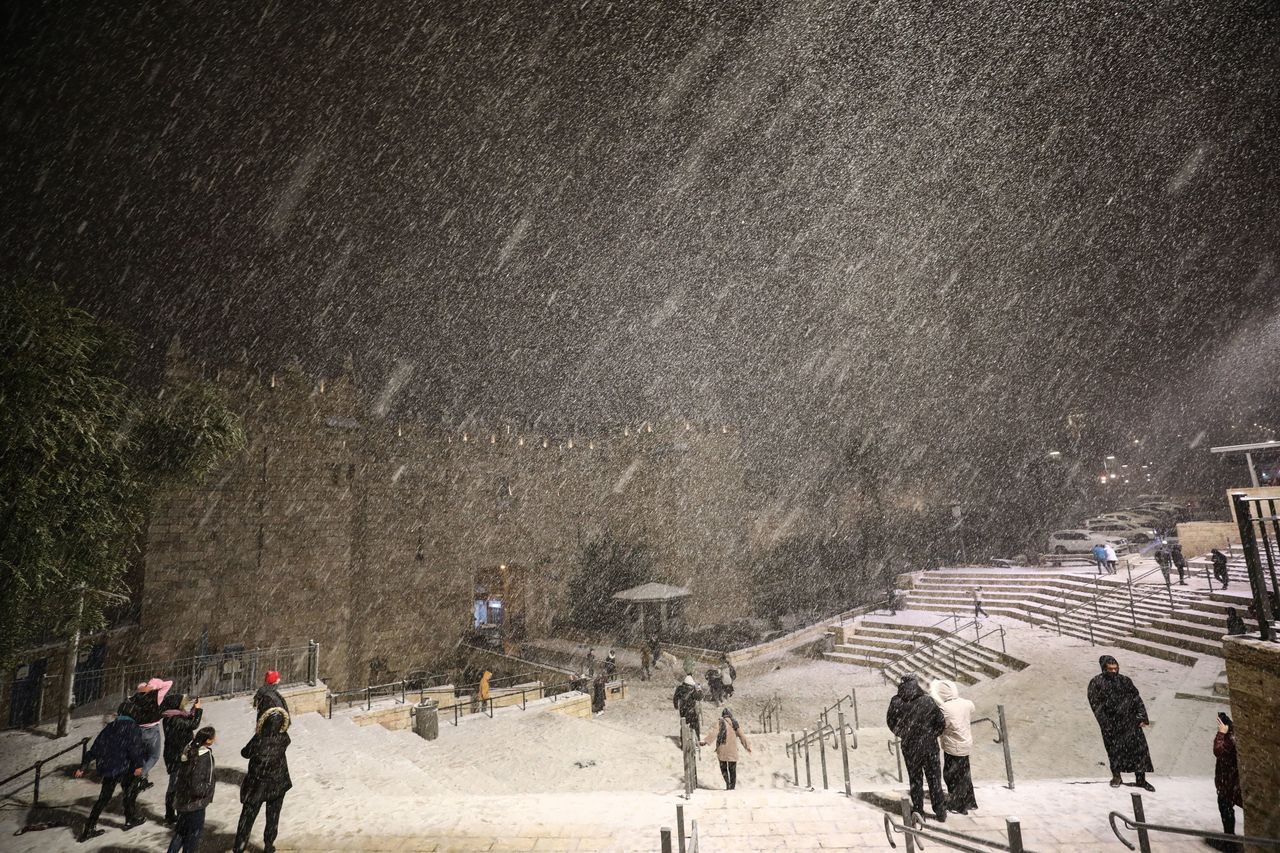 People gather around Damascus Gate after the snowfall in occupied East Jerusalem. 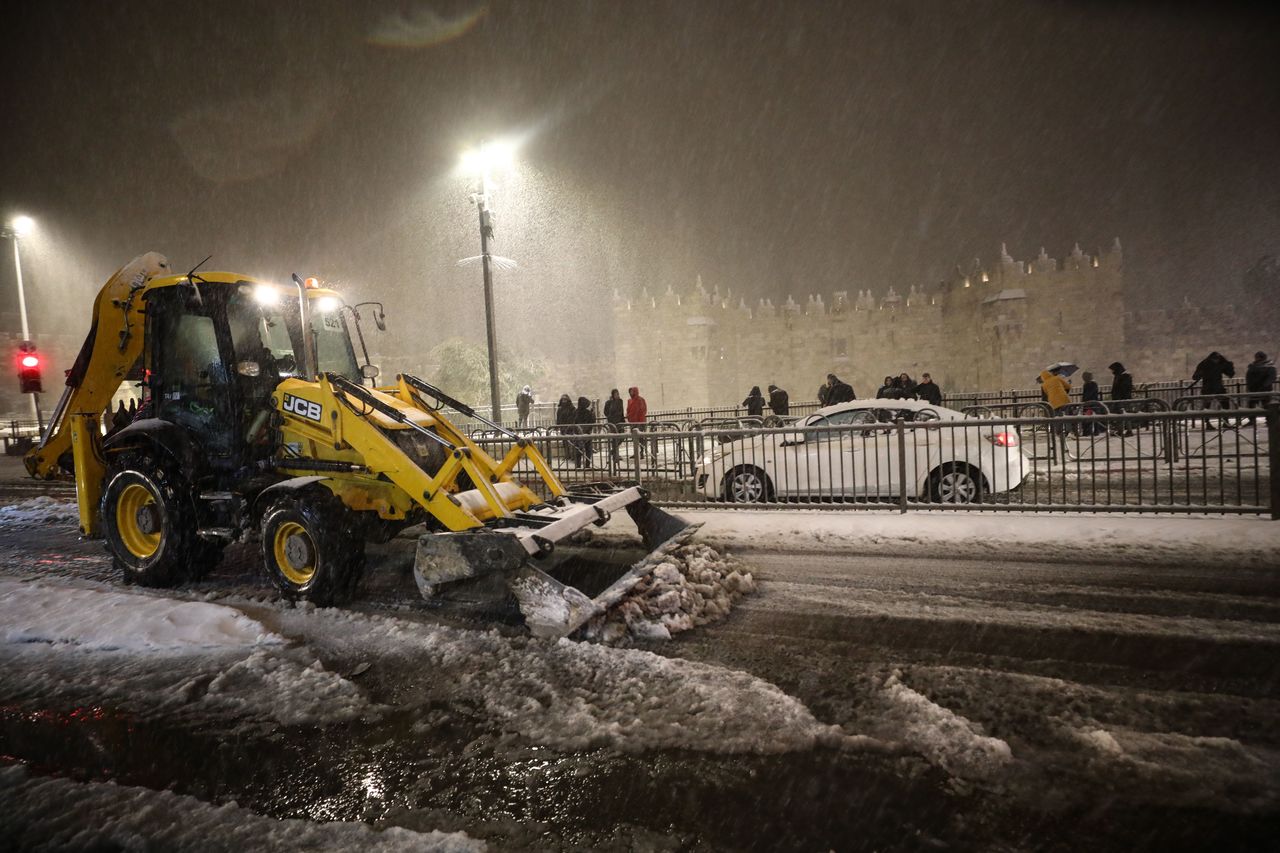 Main highways to Jerusalem and its major arteries were shut, and schools and businesses closed for the day as municipal snowploughs worked to clear streets. 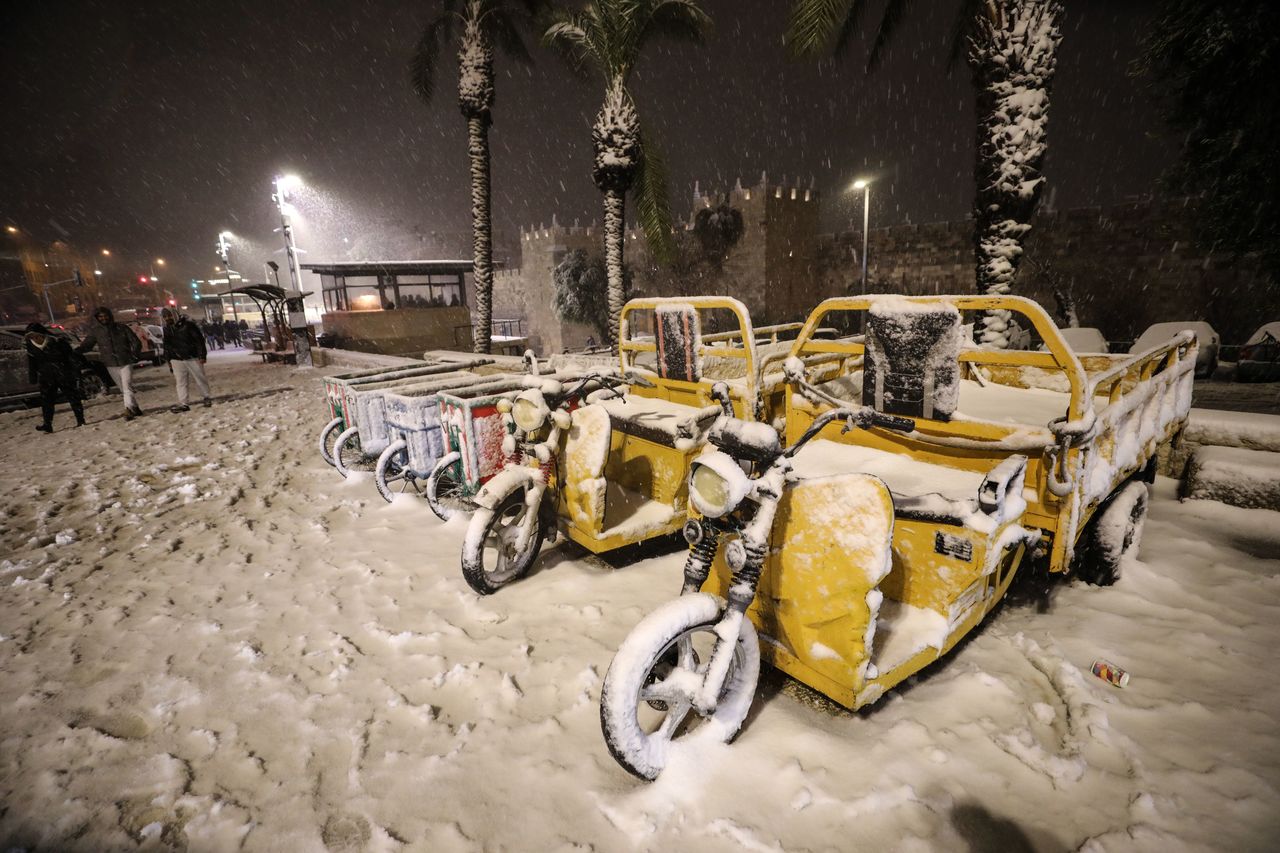