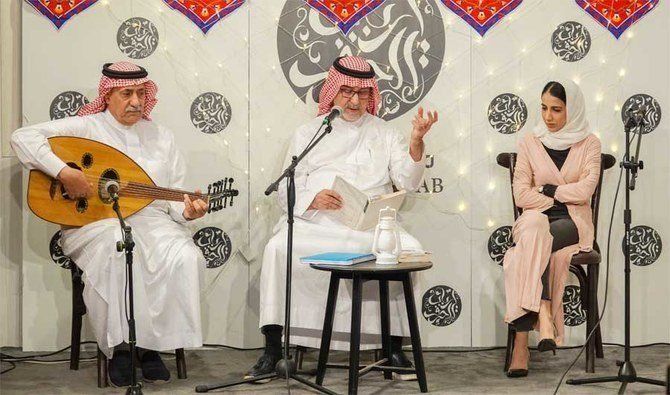 Music is a universal language. This common saying, or belief, is possibly one of the simplest, yet most problematic statements I hear on a regular basis. People say it usually when they hear unfamiliar music which speaks to them on some level or stirs unexpectedly positive reactions.

A common context in which the universality of music as an agreeable form of human communication is often stressed is orchestral music, typically that of Beethoven, and especially the final movement of his Ninth Symphony, which contains the famous “Ode to Joy.” But is music really that universal a language? Meaning: Does it truly mean the same thing to all hearers? And are those meanings the same as the composer intended?

Answering this question is a vast undertaking, to say the least, and one that can be approached from a multitude of angles. I want to tackle it, or part of it, in this column within a specific backdrop: The recent licensing of music schools in Saudi Arabia, part of the wider move toward encouraging the development of music and the arts in the Kingdom.

Despite being widely talked about as a universal language (whatever that means exactly), music is probably one of the most strictly local forms of artistic and expressive cultural practice. Musicians, singers and listeners can tell you upon hearing a particular rendition of a piece or song exactly where it came from.

In a blind experiment, a friend played a famous song for Sabah Fakhri, the preeminent Syrian singer, in a recording about which I knew nothing. He wanted me to offer information about the performance. I said this was a Syrian piece, specifically from Aleppo, but this particular recording was not by Syrian musicians. To my ears it was evidently a rendition by an Egyptian ensemble. My friend was utterly perplexed at how I was able to know this fact, among others, about a given recording.

Regional and even local characteristics of music are an important part of how it is understood, and this is not only the case for Arab music and the various Middle Eastern ensembles that perform it. This is the case everywhere around the world. Another way to appreciate the locality of meaning in music is to think of instances where music from one region might be encountered by people from a different part of the world.

"Despite being widely talked about as a universal language, music is probably one of the most strictly local forms of artistic and expressive cultural practice."

In the historical records of early encounters between European listeners and different forms of music around the world, we have evidence suggesting that music was anything but a universally understood language. Examples abound in accounts of early travelers, missionaries, colonizers and their companions — mostly people who wrote down their impressions of the places they visited or were stationed at and of the things they encountered on their missions. For travelers who, for the most part, thought of themselves and their cultures as superior to those of the peoples they encountered in far lands, the descriptions of unfamiliar music were not exactly the kindest. They often complained of the jarring noises and the ill tunes, to say the least, their sophisticated ears encountered in primitive cultures. So went their language.

But they were not the only ones who misunderstood music with which they were unfamiliar. When a number of Middle Eastern countries established orchestras to perform European music in newly built concert halls across the region, it took decades for large audiences to fill the house regularly and to create a wide enough demand that would sustain large professional ensembles without substantial state patronage. This was the case throughout the 20th century, but also earlier in some countries, such as Egypt, and later in others.

The cross-cultural appreciation of music has come a long way since colonial times. We live in the age of the internet and satellite communications, after all. Performances can be heard across the globe simultaneously as they are taking place, and all sorts of music is available at the tip of our fingers any time of the day or night. Yet, not all music available to anyone is understood by everyone. Even in this global age, and perhaps especially in this global age, music retains the capacity to be a highly specific thing with very specific meanings. And so it must. The same piece can mean different things to two different people, and those are not necessarily what its creator had in mind when they composed it.

In a wealthy, technologically capable country such as Saudi Arabia, where students had limited or no avenues to learn music, talent and discernment in music taste and literacy are in no short supply. Licensing music schools is a major step toward bringing to light not only the depth and diversity of musical expression present in the Kingdom’s citizens and residents, but also the sophistication and wealth of interpretation which is plentiful among its audiences.

If my limited encounters with individuals from the Kingdom is anything to go by, then high hopes for its musical future are in order. Music schools had better keep such facts in mind, especially as they aim to form a new generation of music creators in the country.