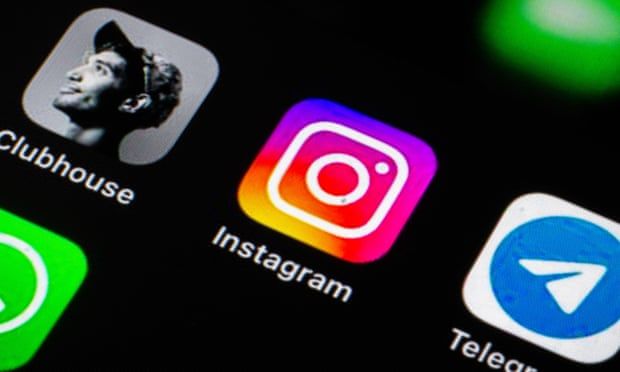 The Center for Countering Digital Hate (CCDH) and youth-led charity Restless Development found that new Instagram accounts were shown substantial quantities of misinformation through the platform’s algorithmic recommendations, including the “explore” page and the “suggested post” feature, which was introduced in August 2020 and serves up new posts to users who have scrolled through all their friends’ content.

Misinformation was most frequently shown to new users who followed a mix of accounts on the platform that included leading anti-vaccination personalities or wellness influencers, according to CCDH’s report, Malgorithm. Volunteers who followed 10 accounts with anti-vaccine links, for instance, received recommendations for posts promoting antisemitic conspiracy theories. Numerous posts claimed there was “no pandemic” , and others called on people to “stop getting tested” and “stop wearing your mask”.

“It is beyond belief that as the pandemic swept the world, Instagram launched a new feature encouraging users to view conspiracy theories and lies about Covid and vaccines,” said CCDH’s chief executive, Imran Ahmed. “This feature was created in the name of profit, to keep people scrolling so more adverts could be served to them.

“Algorithms that recommend content are the act of a publisher, making choices as to what readers see, not a neutral platform. This has serious legal and regulatory implications for social media companies and shows their liability for damage to individuals and society.”

Facebook, which owns Instagram, said in a statement that the research was outdated and misleading. “We share the goal of reducing the spread of misinformation, but this research is five months out of date. It also uses a sample size of just 104 posts, compared to the 12m pieces of harmful misinformation about vaccines and Covid-19 that we’ve removed from Facebook and Instagram since the start of the pandemic,” a spokesperson said.

“We’ve been focused on connecting people to credible information, which is why we’ve directed more than 10m searches so far related to Covid-19 and vaccines to authoritative health sources such as the NHS and government websites. We’re also working on improvements to Instagram search, to make accounts that discourage vaccines harder to find.”
#covid 19  #vaccine  #covid  #vaccines  #facebook
Add Comment