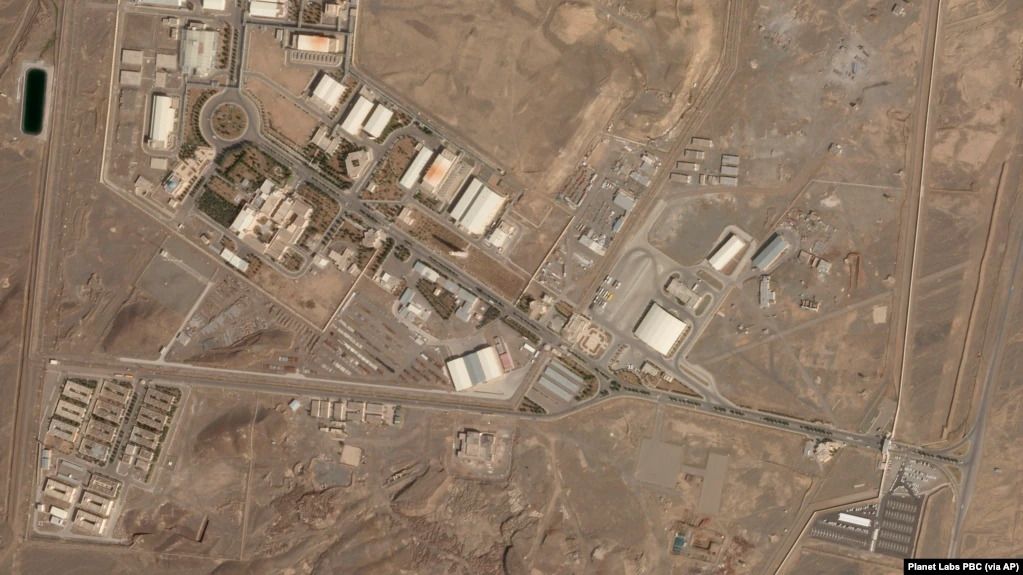 The news agency quoted the spokesman for Iran’s atomic energy organization, Behrouz Kamalvandi, as saying authorities had moved the operation to a safer place.

Iran’s centrifuge facility in Karaj found itself targeted in what Iran described as a sabotage attack in June. Natanz itself has twice been targeted in sabotage attacks amid uncertainty over the nuclear deal, assaults that Iran has blamed on Israel.

“Unfortunately because of a terrorist operation that took place against Karaj, we were obliged to intensify security measures under which we moved an important part of the machines and transferred the rest to Natanz and Isfahan,” said Kamalvandi. Isfahan is the location of another Iranian nuclear facility.

On Thursday, The Vienna-based International Atomic Energy Agency said it installed cameras and removed seals from machines at the new workshop in Natanz two days earlier. Those machines will be used to make centrifuge rotor tubes and bellows, crucial parts for the devices that spin at very high speeds to enrich uranium gas.

Talks between Iran and world powers in Vienna to revive the 2015 nuclear deal have stalled. There is concern that Iran could be closer to being able to construct an atomic weapon if it chose to pursue one.

The nuclear deal collapsed four years ago when former President Donald Trump withdrew the United States and imposed crushing sanctions on Iran. In the meantime, Iran has vastly expanded its nuclear work

Iran’s supreme leader Ayatollah Ali Khamenei on Tuesday insisted negotiations over the deal “are going ahead properly,” even after repeated comments by American officials that an agreement to restore the accord may not happen.

The nuclear deal saw Iran put advanced centrifuges into storage under the watch of the IAEA, while keeping its enrichment at 3.67% purity and its stockpile at only 300 kilograms (661 pounds) of uranium.

As of Feb. 19, the IAEA says Iran’s stockpile of all enriched uranium was nearly 3,200 kilograms (7,055 pounds). Some has been enriched up to 60% purity — a short technical step from weapons-grade levels of 90%. Meanwhile, Iran has stopped the IAEA from accessing its surveillance camera footage.

Kamalvandi reiterated Iran’s stance that Tehran will not provide data from the cameras to the U.N. nuclear agency if a deal is not concluded.

Iran long has insisted its nuclear program is for peaceful purposes. However, U.S. intelligence agencies and the IAEA believe Iran had an organized military nuclear program up until 2003.
#Donald Trump
Add Comment