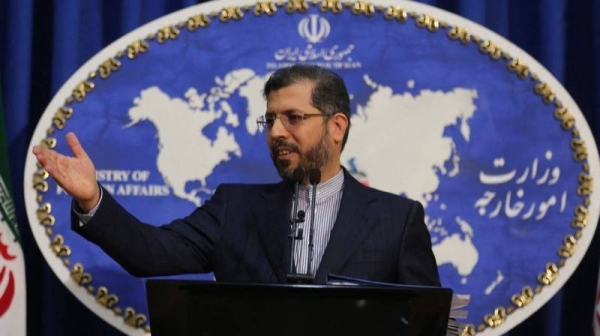 Iran intends to appoint new ambassador to the Houthis

Iran is Intended to appoint a new ambassador to the Houthis after the death of the envoy of Tehran to Sanaa Hassan Irloo, Iranian Foreign Ministry Spokesman Saeed Khatibzadeh said on Munday during a press conference.
Khatibzadeh stated earlier that the Iranian envoy of Tehran Hassan Irloo has died due to a Covid-19 complications, as there was widespread debate about the real causes of his death.He pointed out during the conference that “We are in the process of announcing a new ambassador in Sanaa", Without giving any further details.

On December 19, the Iranian Foreign Ministry announced the transfer of Irloo from Sanaa for treatment after he was infected with the Coronavirus, noting that he had been transferred after conducting contacts and consultations with some countries in the region.

The Iranian announcement raised many questions about the real reasons for moving Irloo from Sanaa and announcing his death a few days later due to complications from COVID-19, as the sources suggested that he had died as a result of an airstrike by the Arab coalition on military sites belonging to Iran and Hezbollah at Sanaa airport.

Irloo, who was an officer in Iran's Islamic Revolutionary Guard Corps, arrived in Sanaa in October 2020 in a mysterious way, without clarifying the date of his actual arrival, as Yemeni officials accused Irloo of entering Yemen through smuggling.

According to the sources, Irloo was seen by the military as "the mastermind of the Houthi air attacks on Saudi Arabia.". Meanwhile, coalition's spokesman Brig. Gen. Turki Al-Maliki in a press conference has confirmed that they were aware that the Iranian ambassador Hassan Irloo was leading the military operations in Yemen, where the coalition reviewed during the conference, pictures and footage over the involvement of Iranian elements in the military use of Sana'a International Airport.

It is noteworthy that Iran accused Saudi Arabia of delaying the transfer of its delegate from Yemen, which was denied by the Arab coalition and rejected the Iranian accusation that the envoy's evacuation had been delayed.

The Saudi-led coalition fighting to restore legitimacy in Yemen said it had helped get a sick Iranian officer out of the country before he died, noting that the coalition began facilitating Irloo's transfer from Sanaa on humanitarian grounds, in light of mediation from Oman and Iraq, within 48 hours of being informed of his health condition.
#Coronavirus  #COVID-19  #Covid
Add Comment