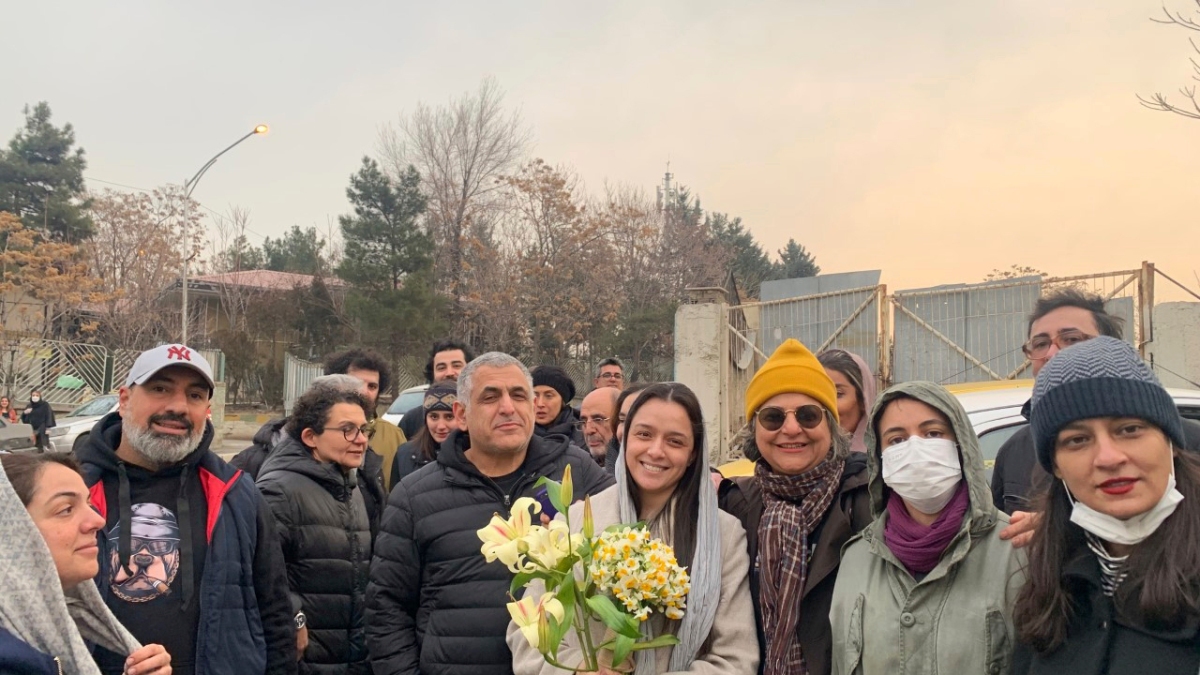 Taraneh Alidoosti, the star of an Oscar-winning film, was jailed last month for criticising a crackdown on Mahsa Amini protests.

A famous Iranian actress, who was arrested on charges of spreading falsehoods last month after she backed months-long nationwide protests, has been released on bail, local media reports said.

Taraneh Alidoosti, the star of Asghar Farhadi’s Oscar-winning film, The Salesman, was released on bail on Wednesday, according to Iran’s ISNA news agency. Her mother, Nadereh Hakim Elahi, had also announced her imminent release hours earlier on Instagram.

Alidoosti was jailed on December 17 after she made a post on Instagram expressing solidarity with the first man executed for crimes allegedly committed during the nationwide protests, which erupted in September after the death of 22-year-old Mahsa Amini in the custody of morality police.

The actress was among several Iranian celebrities to show support for the protests, criticising the authorities’ violent clampdown on dissent. In the four months since Amini’s death, Iran has seen its biggest protests since its 1979 revolution.

A picture of the actress has been circulating on social media after her release.

More than 600 artists and filmmakers had recently called for Alidoosti’s release in an open letter. The Cannes Film Festival also condemned the detention and called for her immediate release.

Iran’s first publicly known execution was that of Mohsen Shekari on December 8 after he was charged by an Iranian court with blocking a street in Tehran and attacking a member of the country’s security forces with a machete.

A week later, Iran executed a second prisoner, Majidreza Rahnavard, by public hanging. He had been accused of stabbing two members of the paramilitary Basij militia, which is leading the crackdown.

Activists say at least a dozen people have been sentenced to death in closed-door hearings over charges linked to the protests.

″His name was Mohsen Shekari,” Alidoosti wrote on Instagram before her arrest. “Every international organisation who is watching this bloodshed and not taking action, is a disgrace to humanity.”

At least 516 protesters have been killed and more than 19,000 people have been arrested, according to Human Rights Activists in Iran, a group that has closely monitored the unrest. Iranian authorities have not provided an official count of those killed or detained.

Other famous Iranians have been arrested for supporting the protesters, including the actresses Hengameh Ghaziani and Katayoun Riahi, who were arrested in November for expressing solidarity on social media. Voria Ghafouri, an Iranian football star, was also arrested that month for “insulting the national soccer team and propagandizing against the government”. All three have been released.

Alidoosti had previously criticised the Iranian government and its police force before this year’s protests.

In June 2020, she was given a suspended five-month prison sentence after she criticised the police on Twitter in 2018 for assaulting a woman who had removed her headscarf.

Other well-known movies Alidoosti has starred in include The Beautiful City and About Elly.