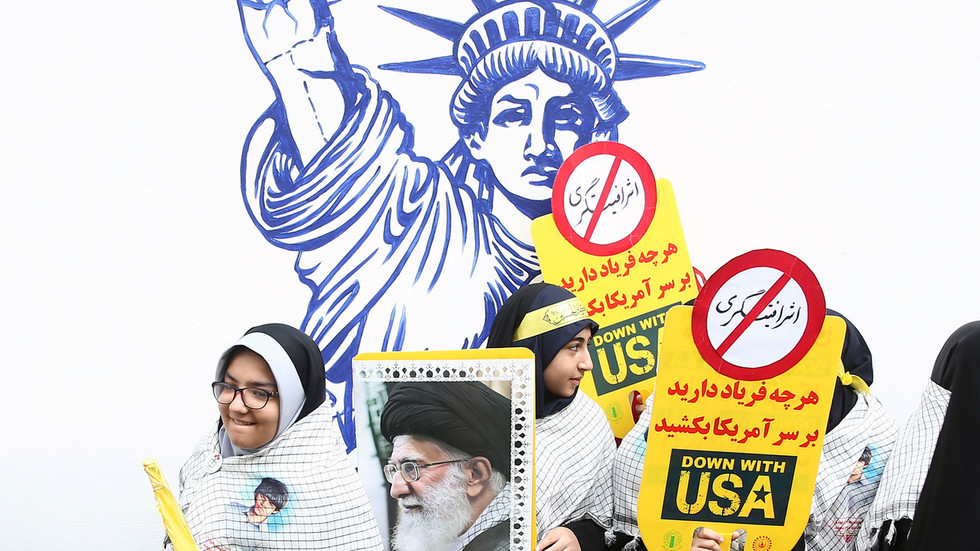 Iran’s supreme leader: ‘No credibility’ in US promises, only full lifting of sanctions would work

Tehran has zero trust in any promises from Washington, Iranian Supreme Leader Ayatollah Ali Khamenei has said, signaling that he does not actually believe the US will lift its sanctions.

The persistent US-Iran issues of the comatose 2015 nuclear deal and Washington-imposed sanctions were touched upon by Khamenei in a televised speech on Sunday.

Vague promises and signals sent by President Joe Biden's administration have not impressed Iran, which in the past has trusted the words of the US officials, Khamenei stated, reaffirming that only the lifting of all sanctions would improve relations and make Tehran compliant with the 2-15 deal, officially known as the Joint Comprehensive Plan of Action (JCPOA).

“We trusted America at the time of [Barack] Obama and fulfilled our commitments. But they didn’t. The Americans said on paper that sanctions will be lifted, but they didn’t lift sanctions in practice,” Khamenei stated.

"The Americans must lift all sanctions. We will verify it and if sanctions are... really cancelled, we will return to our obligations without any problems. We have a lot of patience and we are not in a hurry."

Iranian leadership does not actually expect sanctions to get lifted anytime soon, Khamenei said, urging all governing bodies and officials to not get their hopes up.

“You should assume that sanctions will remain in place and plan the country's economy based on sanctions,” he stressed.

The relationship between Iran and the US has been in a perpetual downward spiral since 2018, when then-president Donald Trump walked away from the JCPOA. While Iran’s compliance with the deal had been repeatedly confirmed by independent observers, Trump accused it of somehow violating its “spirit,” and re-imposed old sanctions, along with new ones, on the country.

Tehran, in turn, has gradually suspended its JCPOA obligations, ramping up uranium enrichment and other activities related to its nuclear program.