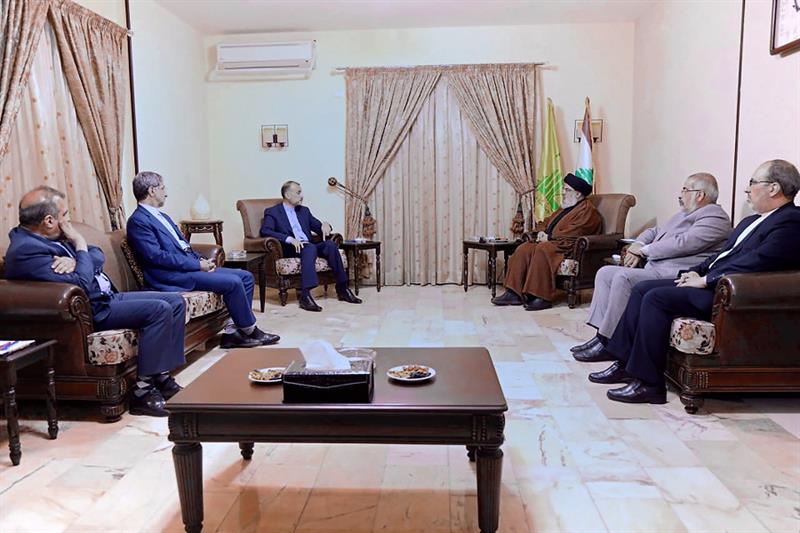 Discussions between Iran and Saudi Arabia are on the right track but it will take more time to restore bilateral ties, Iran's foreign minister said in Beirut Friday.
Shia-majority Iran and Sunni world leader Saudi Arabia, on opposing sides in multiple regional conflicts, have been engaged in talks since April with the aim of improving relations, for the first time since cutting ties in 2016.

The discussions were launched under Iran's former moderate president Hassan Rouhani and have continued since his ultraconservative successor, Ebrahim Raisi, took office in August.

"The Iran-Saudi dialogue is on the right track," Iran's Foreign Minister Hossein Amir-Abdollahian said during a news conference at the Iranian embassy in Beirut, on the second day of a 48-hour visit to Lebanon.

"We have achieved results and agreements, but we still need more dialogue," he added.

"The two parties will announce these agreements at the appropriate time. We welcome the continuation of the talks and the results that benefit both sides and the region," he said.

Abdollahian added: "It was not us who broke off diplomatic relations -- that was a Saudi decision."

Saudi Arabia and Iran are at odds over several regional issues.

In Yemen, Iran supports Shia rebels who control the capital Sanaa and are battling the internationally recognized government, despite more than six years of Saudi-led military efforts to crush them in support of the .

Tehran has also been the main regional backer of Syrian President Bashar al-Assad against Sunni rebels since civil war broke out in 2011.

In Lebanon, Iran-backed Shia group Hezbollah plays a pivotal role in political life, while its fighters have been heavily involved in neighbouring Syria in support of Assad's government.

"Saudi Arabia is a significant country in the region. The Islamic Republic of Iran likewise," Abdollahian said in Beirut.

"The role of these two countries in (ensuring the) sustainable security of the region is significant," he added.
Add Comment