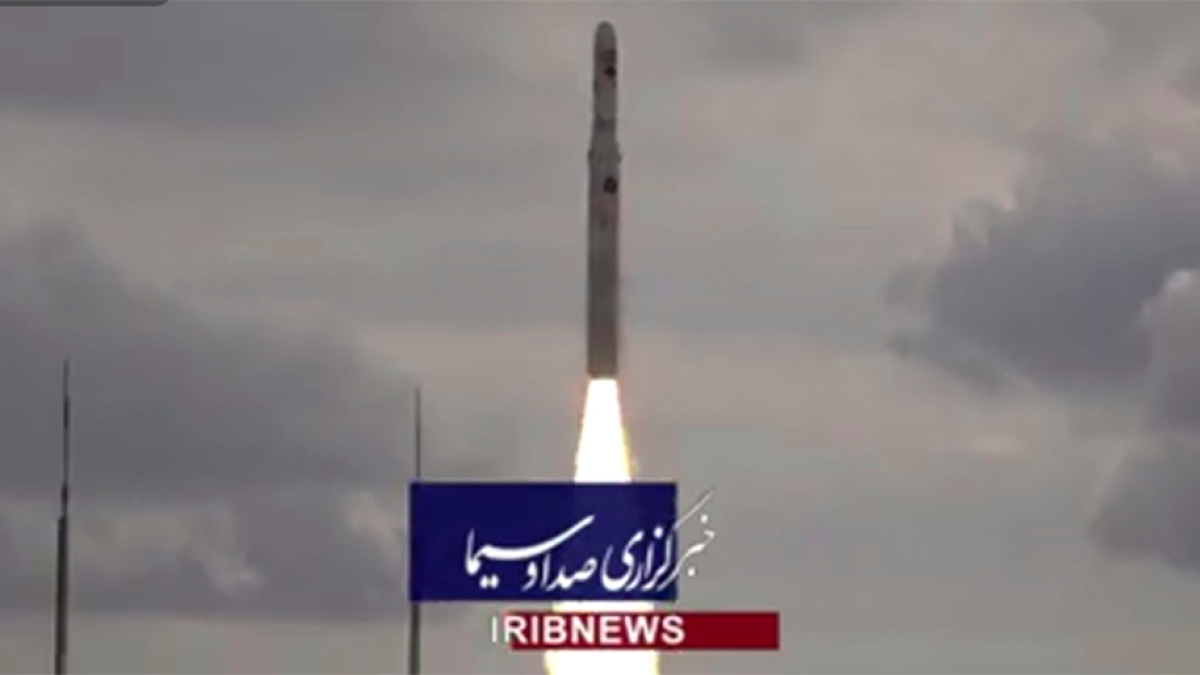 Tehran refutes US concerns that the same long-range ballistic technology could also be used to launch nuclear warheads.

Iran has announced the successful test flight of a rocket capable of propelling satellites into space, three months after launching a satellite with the help of Russia.

The United States has repeatedly voiced concern that such launches could boost Iran’s ballistic missile technology, extending to the potential delivery of nuclear warheads.

But Iran has insisted it is not seeking nuclear weapons and that its satellite and rocket launches are for civil or defensive purposes only.

“The flight test of this launcher using the Rafe solid-fuel vehicle has been successfully completed,” it reported on Saturday.

Amir Ali Hajizadeh, head of the Revolutionary Guard’s aerospace division which developed the Ghaem 100, said the rocket would be used to launch Iran’s Nahid satellite for the telecommunications ministry, state media reported.

Saturday’s operation tested the first sub-orbital stage of the rocket, the reports added.

Ghaem-100 “is capable of placing satellites weighing 80 kilograms (176 pounds) in an orbit 500 kilometres (just more than 300 miles) from the surface of the Earth,” it said.

In August this year, another Iranian satellite, named Khayyam, was launched by Russia on a Soyuz-2.1b rocket from Baikonur Cosmodrome in Kazakhstan.

Iran’s space agency said the device was constructed by Russia under Iran’s supervision.

The US alleged at the time that the Khayyam would enable “significant spying capabilities” and that a deepening Russia-Iran alliance amounted to a “profound threat” to the world.

Iran’s space agency rejected those allegations, countering that the purpose of Khayyam was to “monitor the country’s borders”, and help with the management of natural resources and agriculture.

Iran, which has one of the biggest missile programmes in the Middle East, has had several failed satellite launches blamed on technical issues in the past few years.