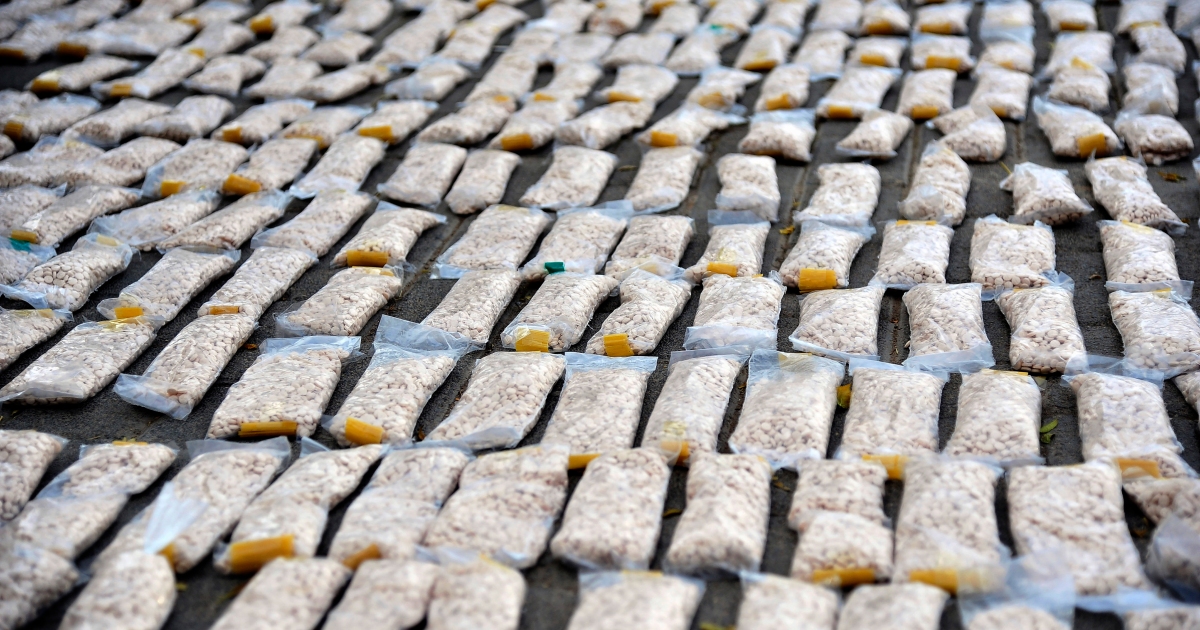 Syria is the Middle East’s main producer of the drug Captagon and Saudi Arabia is the main consumer market.

“Around 6.2 million pills” were uncovered in a warehouse in the southwest of the capital, Baghdad, the national security agency said in a statement on Saturday.

Three Iraqi nationals and four suspects from other Arab countries were arrested in connection with the trafficking network, the agency said, adding that the drugs were destined for distribution “in areas of Baghdad and other provinces”.

Security forces also broke up a second drug ring when three men were arrested with six kilogrammes (13 pounds) of hashish.

All 10 suspects “admitted to links with international drug trafficking networks”, the agency said.

Drug trafficking convictions can be punishable by the death penalty in Iraq.

Captagon was the trade name of a drug initially patented in Germany in the early 1960s that contained an amphetamine-type stimulant called fenethylline used to treat attention deficit and narcolepsy among other conditions.

The drug was later banned and became an illicit substance almost exclusively produced and consumed in the Middle East and is close to what is known in other countries as “speed”. 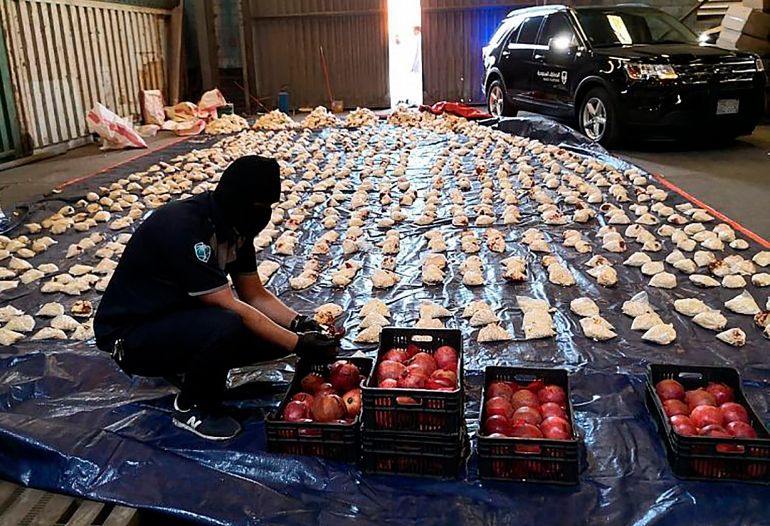 In April 2021, Saudi customs authorities in Jeddah port foiled an attempt to smuggle in more than 5.3 million Captagon pills, which were hidden in pomegranate shipments from Lebanon.

The drug bust led Saudi Arabia to suspend fruit and vegetable imports from Lebanon, saying shipments were being used for drug smuggling and accused Beirut of inaction.

The sale and use of drugs in Iraq has soared in recent years. Security forces have stepped up operations and make almost daily announcements of seizures or arrests.

In the first three months of this year, more than three million Captagon pills were seized by Iraqi authorities.