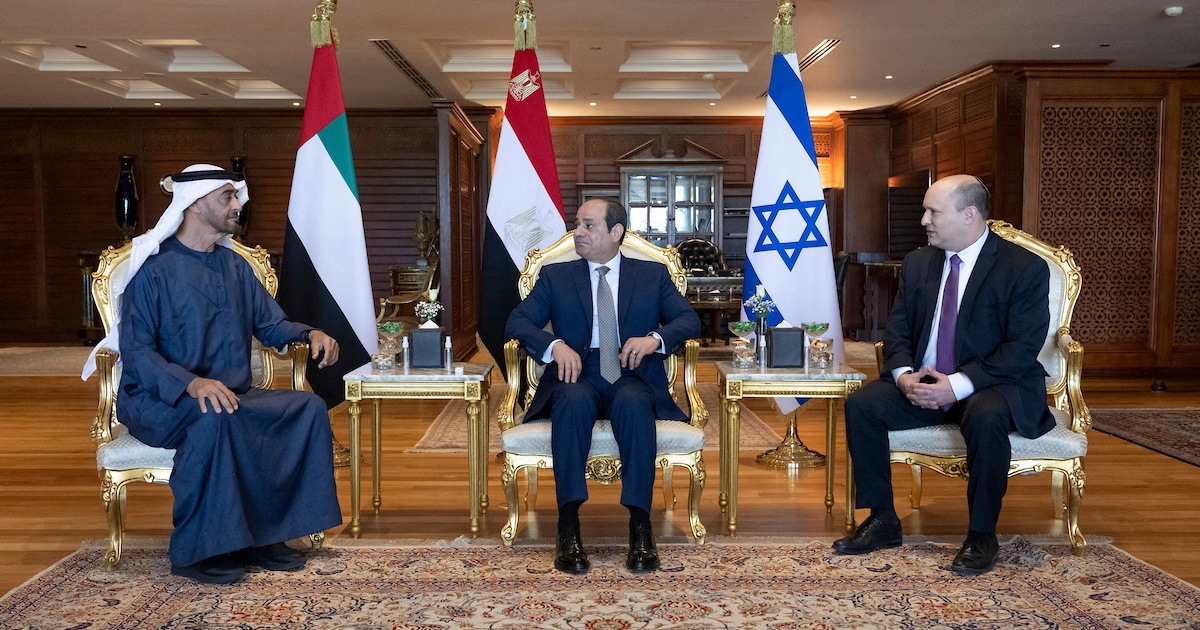 Israel and the United Arab Emirates have concluded negotiations for a free trade agreement, Israel’s Ministry of Economy and Industry and the UAE foreign trade minister said.

The UAE and Israel have between $600m and $700m in bilateral trade, UAE’s economy minister Abdulla Bin Touq Al Marri said in September.

The UAE and Israel formally established relations in 2020 as part of the US-brokered Abraham Accords that also included Bahrain and Morocco.

The latest agreement included 95 percent of traded products, which would be customs free – immediately or gradually – including food, agriculture and cosmetic products, as well as medical equipment and medicine, the Israeli economy ministry said in a statement on Friday.

The agreement included regulation, customs, services, government procurement and electronic trade and would come into effect when signed by the countries’ economy ministers and ratified, the statement said, though no timetable was given.

Talks for a free trade agreement had been ongoing since November.

“The good relations forged between our two countries are strengthened today by this free trade agreement, which will significantly improve economic cooperation for the benefit of the citizens of both countries,” Bennett said.

A separate UAE statement said the agreement would substantially reduce or remove tariffs on a wide range of goods, enhance market access for services and promote investment flows.

It would also create mechanisms for small-and-medium enterprises’ expansion.

“This milestone deal will build on the historic Abraham Accords and cement one of the world’s most important and promising emerging trading relationships,” United Arab Emirates Minister of State for Foreign Trade Thani Al Zeyoudi said on Twitter.

Palestinian officials have accused countries that moved to normalise relations with Israel last year of being complicit with Israeli occupation.

Israel hosted a summit this week of top diplomats from the United States and three Arab states – the UAE, Bahrain and Morocco – with which it has normalised ties since 2020.

Sudan also agreed to normalise ties with Israel, although it has yet to finalise a deal.