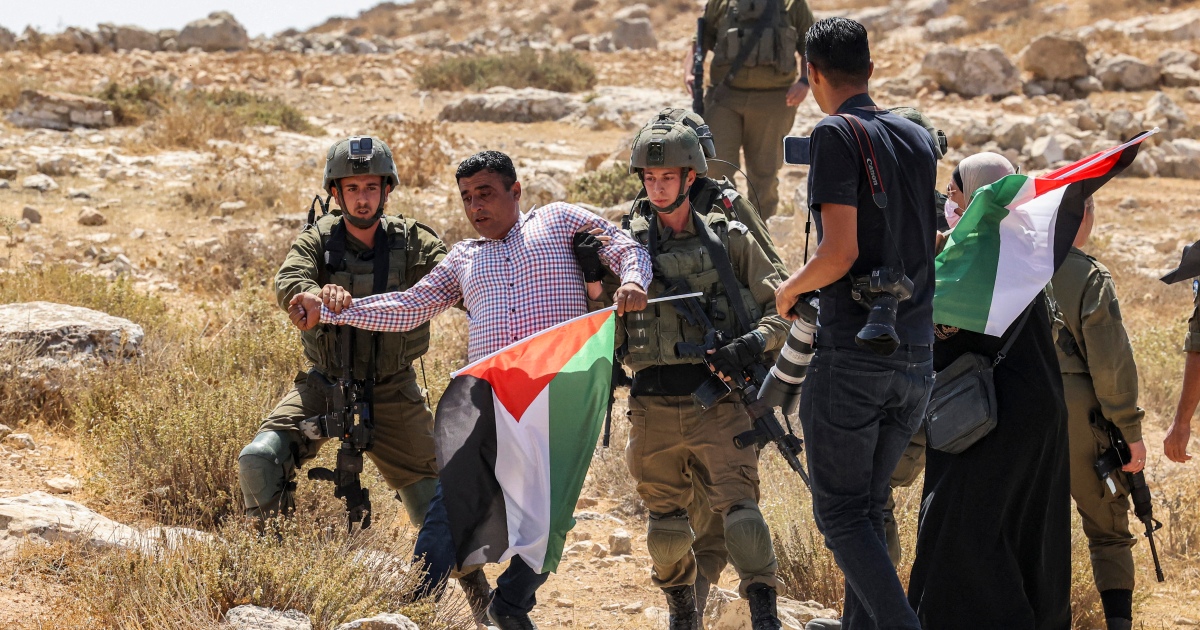 Israel advanced plans for the construction of more than 4,000 homes in illegal Israeli settlements in the occupied West Bank, a rights group has said, a day after the Israeli army demolished homes in an area where hundreds of Palestinians face the threat of expulsion.

Peace Now, an anti-settlement group, provided the figure after a meeting of Israel’s Higher Planning Council, which convened to ratify the construction. At the meeting, 2,791 homes received final approval and 1,636 received an initial nod, the watchdog said.

Hagit Ofran, an expert at Peace Now, tweeted: “The state of Israel took another stumble toward the abyss and further deepened the occupation.”

“It’s bad news for Israel and for anyone who cares about the people in our region,” she said.

There was no immediate Israeli government statement, but responding on Twitter to Peace Now’s tally, Israeli Interior Minister Ayelet Shaked called it “a festive day for the settlement of Judea and Samaria” – the names Israel uses for the occupied West Bank.

Last week, Shaked announced the plan to approve the new homes, and the administration of United States President Joe Biden voiced its “strong” opposition in response.

“Israel’s program of expanding settlements deeply damages the prospect for a two-state solution,” the US Department of State said last week.

In the West Bank city of Ramallah, Bassam al-Salhe, a member of the Executive Committee of the Palestine Liberation Organization, urged Palestinians to “step up their struggle in the face of these settlement projects”.

He also called on the international community “to take deterrent action against Israel to compel it to stop settlement and its aggression against our Palestinian people”.

The plan to construct 4,000 more homes is the biggest advancement of settlement projects since the Biden administration took office. The White House opposes settlement construction because it further erodes the possibility of an eventual two-state solution to the Israeli-Palestinian conflict.

Israeli settlements are fortified, Israeli-only housing complexes built on Palestinian land in violation of international law. Between 600,000 and 750,000 Israeli settlers live in at least 250 illegal settlements in the West Bank and occupied East Jerusalem.

Settler attacks against Palestinians and their property are a regular occurrence in the West Bank, home to nearly three million Palestinians.

Israel approved the construction of 3,000 settler homes in October despite another US rebuke.

Negotiations between Israel and the Palestinian leadership broke down more than a decade ago, in part because of Israel’s continuing construction on Palestinian lands.

On Wednesday, Israeli troops demolished at least 18 buildings and structures in the southern occupied West Bank following a Supreme Court decision that paved the way for the forcible expulsion of Palestinian Bedouin communities in Masafer Yatta.

B’Tselem, another Israeli rights group, said 12 residential buildings were among the structures that were demolished, in villages south of the West Bank city of Hebron.

Masafer Yatta is comprised of 19 Palestinian villages that are home to more than 2,000 people. The forcible transfer of the entire population would be one of the largest single displacements of Palestinians for decades.

Residents of the area say they have been living in the region – herding animals and practicing traditional desert agriculture – for decades, long before Israel captured the West Bank in the 1967 war. The Supreme Court however, sided with the military, which says there were no permanent structures in the area before it was designated a training zone in the 1980s.

“What’s happening now is ethnic cleansing,” Sami Huraini, an activist and a resident of the area, told the Associate Press news agency. “They are trying to expel the people from this land, saying they never lived here permanently, which is a lie.”

He said residents of the area where the demolitions were carried out are determined to remain there. “The people are staying on their land and have already started to rebuild,” he said.

The developments come a day after veteran Al Jazeera journalist Shireen Abu Akleh was killed by Israeli forces during an Israeli army raid on the Jenin refugee camp. She was shot in the head while wearing a blue flak jacket clearly marked with the word “PRESS”. Al Jazeera said she was “assassinated in cold blood”.

The death of the correspondent, who became a household name across the region for her bold coverage of the Israel-Palestine conflict, has caused global outcry. Calls for an independent and transparent investigation into the incident have mounted since her killing.