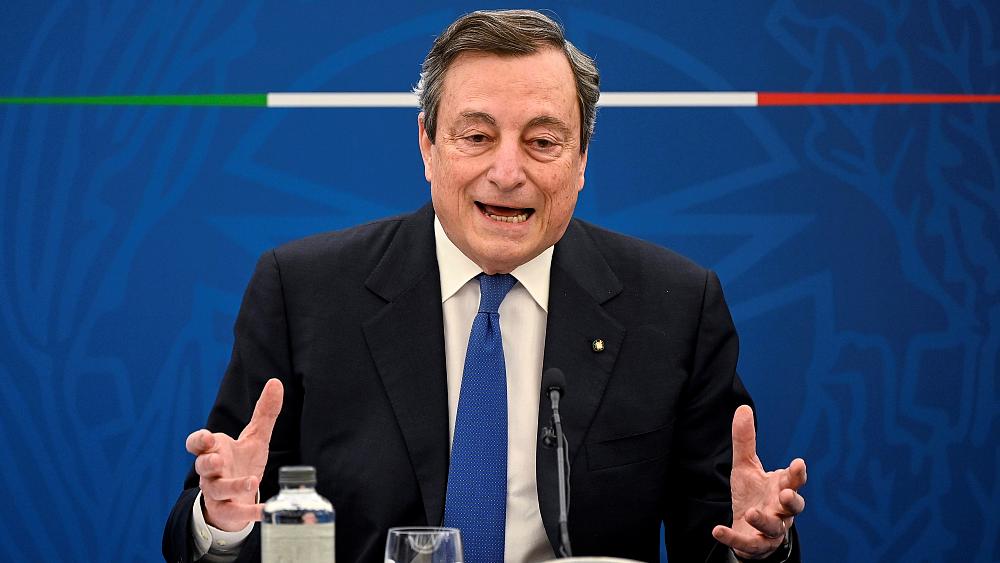 Mario Draghi said he was “very displeased by the humiliation” the EU Commission president suffered during her meeting with the Turkish president.

Italy’s prime minister Mario Draghi labelled Turkish president Recep Tayyip Erdogan a “dictator” as he slammed the authoritarian leader for his treatment of the EU Commission president at a meeting.

Ursula von der Leyen was in Ankara on Tuesday along with European Council chief Charles Michel for a meeting with Erdogan on Turkey-EU relations.

Video footage shot inside the presidential palace showed the two men taking seats together, while von der Leyen was left forced to sit apart from the men on a sofa.

Asked about the incident at a press conference, Draghi said “I was very displeased by the humiliation that President von der Leyen had to suffer,” adding: “But with these dictators ... one must be frank in expressing differences of views ... but also ready to collaborate, to cooperate, to ensure the interests of one’s country.”

Turkish foreign minister Mevlüt Çavuşoğlu responded on Twitter: "We strongly condemn the unacceptable populist rhetoric of Italian Prime Minister Draghi and his ugly and unrelenting statements about our elected President."

Erdogan has faced a wave of criticism following the incident, which came shortly after he withdrew Turkey from the Istanbul Convention, an international treaty on preventing domestic violence.

Turkey claims it followed “the EU side’s demands” and that both sides’ protocol units worked together.

The European Council released a statement on Thursday claiming its protocol service had been unable to see the meeting room because Turkey deemed it “too close to President Erdoğan’s office."

A number of MEPs were unimpressed.

Charles Michel for his part, did not react at the time and went along with the seating arrangement.

He did not offer up his seat to von der Leyen -- the first female president of the European Commission -- despite both being of equal rank.

He said he was “sad” but stopped short of apologising.