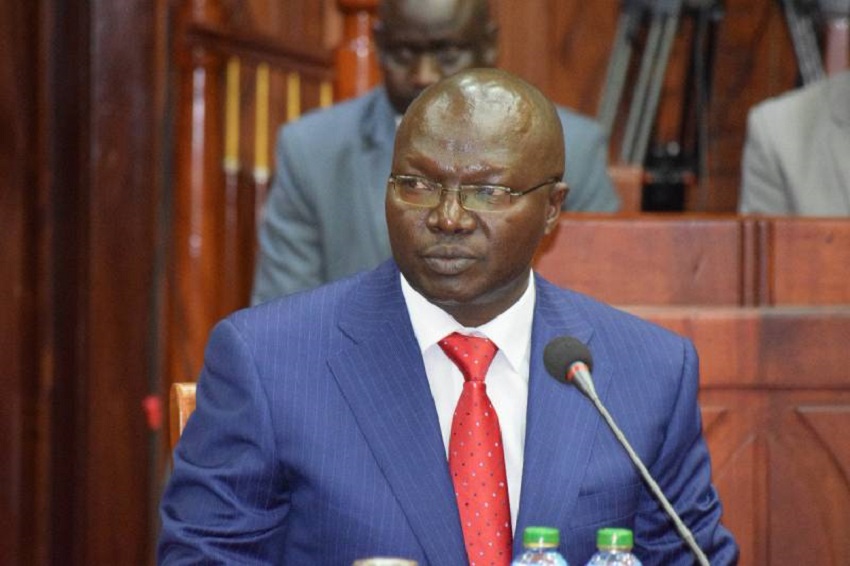 The Ministry of Labour Cabinet Secretary Simon Chelugui will travel to Saudi Arabia within the next 30 days to meet his counterpart and discuss the pressing issue of the safety and wellbeing of Kenyans working there.
Chelugui said that he will be meeting the Saudi Arabia minister for employment and officials from the Kenyan embassy there and look at the employment relationships as well as terms and conditions that Kenyans are facing.

Speaking during a discussion at a local TV station on Wednesday evening, Chelugui said that there is an average of 97, 000 Kenyans working in Saudi Arabia adding that Cabinet passed a resolution to increase labour attaches in that country to seven from the current one person since the country is vast.

“One of the objectives is to engage deeper on the protection of our migrant workers and we need assurance on payment, basic issues like leave days, flexibility of the contracts so that in the event of any challenge between employee and the employer, the employee is allowed to change and get another employer,” said Chelugui.

Chelugui said that 97 Kenyans have died in Saudi Arabia in the last three years and some of them were not related to employment issues with some being due to natural issues and others due to sickness.

“We have requested for postmortem results and through our ministry of Foreign Affairs we are following up and we want to know the cause of the death of our 30 women who have died there,” said the CS.

On reports that 200 Kenyans are in deportation camps, Chelugui said that some of neighboring countries are reported to have 40, 000 of their people in deportation camps in Saudi Arabia so the government has taken note of this and the challenges that people go through while looking for opportunities and a source of livelihood and it is taking the right actions to assist these people.

“We have renegotiated our existing labour agreement with Saudi Arabia and we are now on the final stages of the same,” said the CS.

Chelugui said that they have introduced pre-departure training for home care workers and the handbook has been developed and it is given to the migrant workers before they leave the country and also the recruitment agencies have been sensitized on the same.

Gatundu South MP Moses Kuria said that he worked in Saudi Arabia as a professional consultant for 10 years. He advised that learning the local language is important as it makes communication and understanding between the employee and employer quite easy.

“In the first two years it was very difficult for me to work there but once I learnt the local language I was able to cope well with the situation,” said Kuria.

Faith Murunga who survived being burnt with hot water by her employer in Saudi Arabia said that there are many Kenyans waiting for deportation and it is very hard for them to come back home since they have escaped from some sinister employers who were torturing them and the employers come up with allegations that they stole from them so the employees are taken to jail.

“We would like to see a situation where, if there are such allegations of theft, both the employer and the employee should be called to give their side of the story since there is no way the employee can be accused of stealing gold and there is no evidence or exhibit to prove the same,” said Murunga.

Lorna Jerop who has worked in Saudi Arabia said that is not all gloom since she had a good stay there making a good income.

Jerop said that a house care worker on contract earns and average 900 Saudi riyal which translates to roughly Shs.25, 000 but she was able to move from different employers and could earn average of 75, 000 per month that is 2, 500 riyals.

“When I first arrived in Saudi Arabia I worked in the first house for six months and then I ran away, luckily I moved from one employer to another finding better paying opportunities and I was able to work there for four years,” said Jerop.

She advised that the fees that agents get from employers of around Shs.300, 000 makes the employers feel like they bought the employees advising that the money paid by employers to bring employees to Saudi Arabia should be reduced to around Shs.150, 000 and the salary increased to Shs.45, 000.
Add Comment