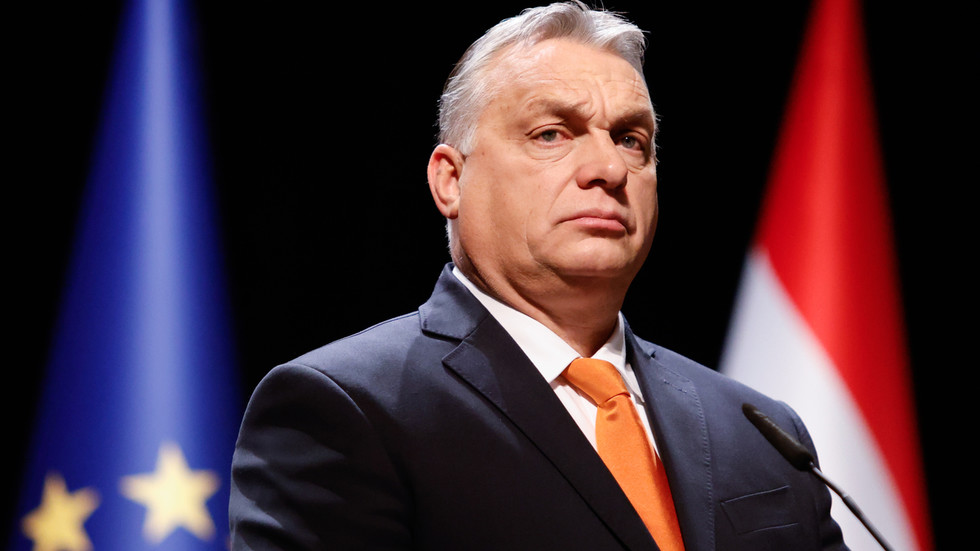 Kirill Teremetsky: Hungary is not Russia’s ally, but it’s a rare rational partner in an increasingly fanatical EU

Budapest has managed to place its own national interests over those promoted by the Eurocrat elites
We are witnessing a clash between Eastern European Realpolitik, the followers of which still remember Hans Morgenthau’s precepts about the primacy of the national interest, and the broader Western ideology and politics of high hopes and illusions. In this, mutually beneficial bilateral ties are sacrificed in favor of political agendas.

On August 21, Hungarian oil and gas giant MOL and Slovakia’s Slovnaft paid for Russian oil transit through Ukraine. Kiev’s UkrTransNafta did not accept payment from Moscow’s Gazprombank allegedly because of sanctions. The stopping of transit through the Druzhba pipeline was another step to pressure Russia, which could not have taken place without the approval of their Western partners.

But why is Hungary itself willing to look for ways to pay for Russian energy resources in an emergency and go against the EU’s sanctions policy? And why did Hungarian Foreign Minister Peter Szijjarto go to Moscow at the end of July for talks with his Russian counterpart, Sergey Lavrov, about additional gas supplies?

Despite the cooling of Hungarian-Ukrainian relations after 2014 and the lack of official support from Budapest for the Kiev authorities, Hungarian oil and gas company MOL has transferred €300,000 and sent special equipment worth €50,000 to keep the Ukrainian gas transmission system functioning during the Russian military operation.

Hungary is concerned about the continuity of energy supplies from Ukraine, as it is 60% dependent on Russian oil (with another 16% coming from Kazakhstan, which also uses the Druzhba pipeline) and 85% on Russian gas. Thanks to stable and pragmatic bilateral relations between Russia and Budapest, long-term contracts have been concluded, allowing the country to buy energy resources at a price five times lower than the broader European market.

The $10 billion project signed in 2014 between Rosatom and Hungary’s MVM to build two units of the Paks Nuclear Power Plant, which despite the political environment has been successfully implemented, allows Hungary to remain an attractive country for big business and foreign investment, thanks to its cheap electricity.

All this helps Viktor Orban’s ruling Fidesz-CDPP coalition to make and keep promises to voters in the form of relatively low petrol and gas prices and lower electricity tariffs. They are also able to use pre-election populist measures such as thirteenth salaries and extra social payments, and influence public opinion through the media (MOL and energy company MVM Group are sponsors of Hungarian government publications) and student institutions.

MOL will pay its shareholders a dividend of $652 million this year. One of the beneficiaries and shareholders (30.5%) are nominally non-governmental foundations that fund educational institutions such as Corvinus University and Mathias Corvinus Collegium. This helps the ruling party influence the formation of the ‘right’ view among students on political processes taking place in Hungary.

At the same time, Budapest is diversifying its energy sector and trying to gradually reduce its dependence on Russian raw materials. Budapest buys LNG from Croatia, participates in gas projects in the UAE and Oman, and has a strategic partnership agreement with ExxonMobil (although a pipeline project from Romania proved unsuccessful). Hungarian operator FGSZ and Serbia’s Srbijagas completed an interconnector at the border between the countries for supplies through Turkish Stream on July 5, 2021, so the Hungarian government will buy natural gas from Azerbaijan from 2023. Hungary imports oil from Iraq and Iran, and cooperates in this sector with Kuwait and Bahrain, while developing its own fields (in the Baranja region).

On May 18, the head of the European Commission, Ursula von der Leyen, unveiled a plan to move away from Russian energy, called REPowerEU. Up to €300 billion is planned to be allocated for the modernization of the bloc’s energy sector. The Hungarian side vetoed the sixth package of sanctions on Russia, which initially envisaged a complete rejection of Russian energy supplies. According to Foreign Minister Szijjarto, up to €18 billion would be needed to upgrade and refocus the country’s oil and gas industry.

Szijjarto has repeatedly stated that Hungary has already lost more than €10 billion due to the imposition of economic sanctions on Russia in 2014. If the EU had adopted the sixth sanctions package in full, it would have been, as Orban put it, a real “nuclear blow” to the Hungarian economy. Gasoline prices in the country, according to him, would have at least doubled. Therefore, for Hungary and some individual CEE countries, reliefs were granted in the form of a postponement of the embargo on oil and gas supplies from Russia until 2024.

In 2017, after the freezing at the time of Nord Stream 2, Orban blasted Western countries (especially Germany) given that they were already supplied with Russian gas thanks to the first branch of Nord Stream, while Budapest had no such guarantees of uninterrupted supplies (it was hardly controversial to say that Ukraine is not the most reliable transit country). In this context, the prime minister actively supported the Turkish Stream project.

On May 21 of this year, during a press conference, Szijjarto asked why an embargo on offshore oil supplies from Russia should not be imposed. After all, Hungary, unlike most countries that more actively support the sanctions, does not have access to the sea; it gets its energy by land. In doing so, the minister once again rebuked the Western EU comrades for double standards.

Budapest’s stance really irritates the European Commission, which has already accused the Hungarian authorities and Orban personally of undermining the bloc’s unity during the refugee crisis. Eurocrats have criticized the country for high levels of corruption and shutting down ‘free’ media, while repeatedly threatening to cut funding from the EU’s stabilization fund. In addition, Budapest does not support the bloc’s desire to arm Ukraine and does not allow the supply of military equipment through its territory to Transcarpathia.

The EU either has to make an exception for Hungary and subsequently allow the purchase of Russian energy until the expiry of the contracts (and negotiate again with Budapest at the end of this period, at the same time gradually connecting Hungary to the newly developing energy infrastructure) or pay the amount of money that Budapest has estimated for modernizing the energy sector (adding to the money Hungary has not received to cushion the economic effects of the pandemic).

Of course, due to the urgency of the circumstances, Brussels may decide in the future on a new package of sanctions without taking into account Hungary’s opinion, but then the EU can expect a new Brexit (analysts have been writing about Hungary’s possible exit from the association for a long time), which, in the current circumstances, is absolutely unacceptable to the ruling circles of the EU.

This relationship between official Brussels and Orban suggests that the Hungarian government will continue to take a tough line on the Russian oil and gas embargo.

It is clear that Hungary is not going to follow anyone’s orders to its detriment. For the Orban government, the Hungarian people (not the politicians in Brussels or Washington) and the Hungarian economy (not the pan-European ideology) come first. The Hungarian government follows pragmatism in its foreign policy and is ready to defend its position on the international scene. Hungary is only comfortable with win-win projects, such as the reconstruction of the Belgrade-Budapest railway to speed up the delivery of Chinese goods from the Greek port of Piraeus (China is paying all the costs for its ‘Silk Road’ and the Hungarian government is promoting the initiative in Europe).

The European Commission’s plan to move away from Russian energy carriers, developments in Ukraine, Poland’s desire to influence the agenda in Europe, and Washington’s dream of increasing the EU’s dependence on its energy carriers could spur the development of the 2016 TSI project (or ‘Three Seas Initiative’, which includes 12 countries, including Hungary). This project involves transporting liquefied natural gas (and eventually oil) from the US through offshore terminals in Poland and Croatia, and in the future, also Norwegian gas – the first deliveries to Poland via the new Baltic Pipe pipeline from Norway are planned for October 2022.

It is worth keeping an eye on developments in the Three Seas Initiative, as Poland already has experience in buying and selling US LNG, and Croatia has been re-selling it to Hungary and other countries since 2021. In May, the Polish authorities decided to terminate the Yamal intergovernmental agreement with Russia on gas supplies, concluded in 1993. In fact, the US-Polish project is already underway. With proper funding and political will on the part of the EU, the TSI infrastructure network could be successfully completed in the next few years.

Hungary is not an ally of Russia, but it is a consistent and rational business partner. And there are few such states left in Europe. In the current circumstances, working contacts are needed with the Hungarian side regarding the possible prolongation of the energy supply agreements (so that any REPowerEU proposal looks completely unprofitable). The July meeting between Szijjarto and Lavrov proves that the channels of communication between the countries are established, and we understand and hear each other.
#Viktor Orban
Add Comment