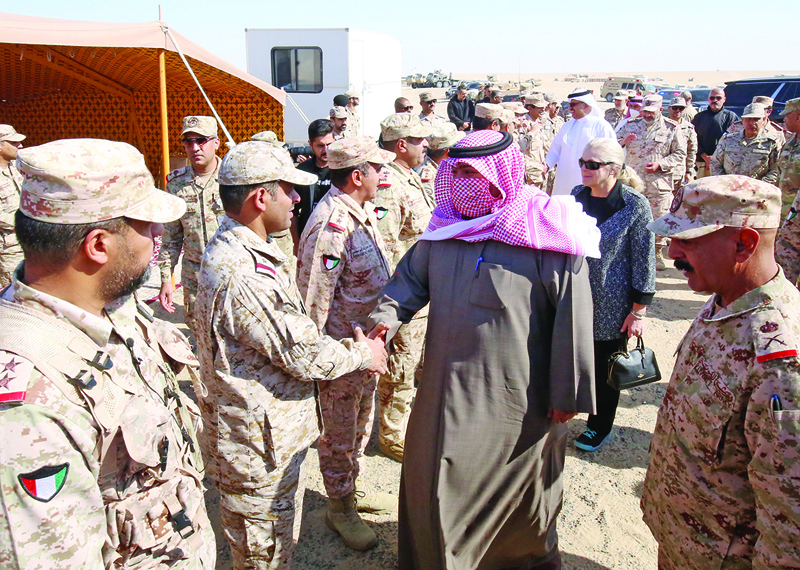 Kuwait’s Defense Ministry held the final training of ‘Gulf Shooting 2021’ – a joint drill of the Kuwaiti army, units of the royal Saudi forces, and Task Force Spartan of the US Army Central yesterday in Adira.

It was attended by the Minister of Interior and Acting Minister of Defense Sheikh Thamer Ali Al-Sabah, Chief of the General Staff of Kuwait Army Lt Gen Khaled Al-Sabah, Saudi and US Ambassadors, and other officers of the participating army forces. 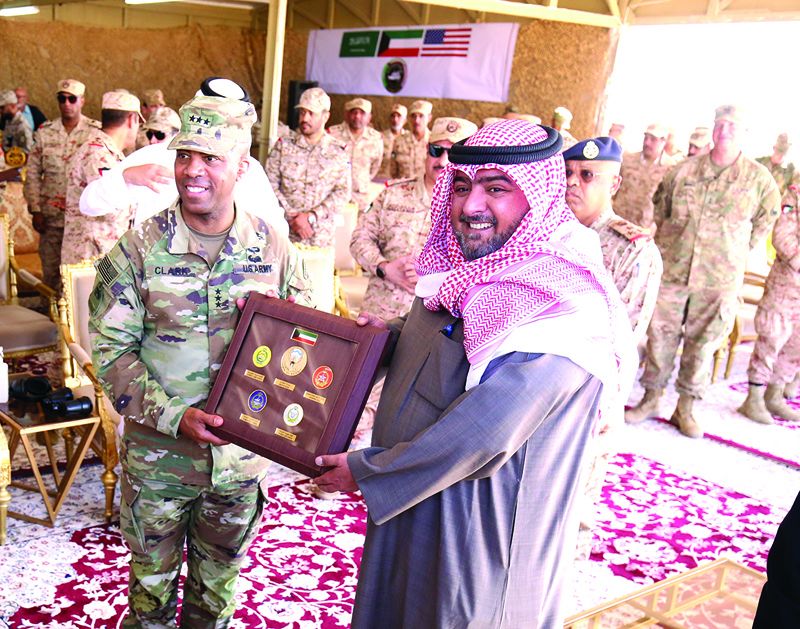 During the event, Sheikh Thamer Ali Al-Sabah noted that the Gulf Shooting 2021 training constitutes a deterrent for any evil intentions against Kuwait or Saudi Arabia, highlighting the systematic defense cooperation between the GCC countries, particularly Kuwait and Saudi Arabia. Maj Gen Mohammed Al-Dhafiri, the Commander of the Kuwaiti Land Force, said that this training represents the cooperation and friendship of the participating joint forces. “This training included lectures and field trainings. It aims to unify the meaning of training, planning, and executing joint land operations to reach coherence between the participating units at the tactical and operational levels,” he pointed out.

Lt Gen Fahad Al-Mtair, Commander of the Royal Saudi Land Forces, expressed his gladness to participate in this joint training, which included different military and field operations. “This training aims to raise the readiness and capability of the participating forces to protect the security of the Arabian Gulf and the region in general,” he said. 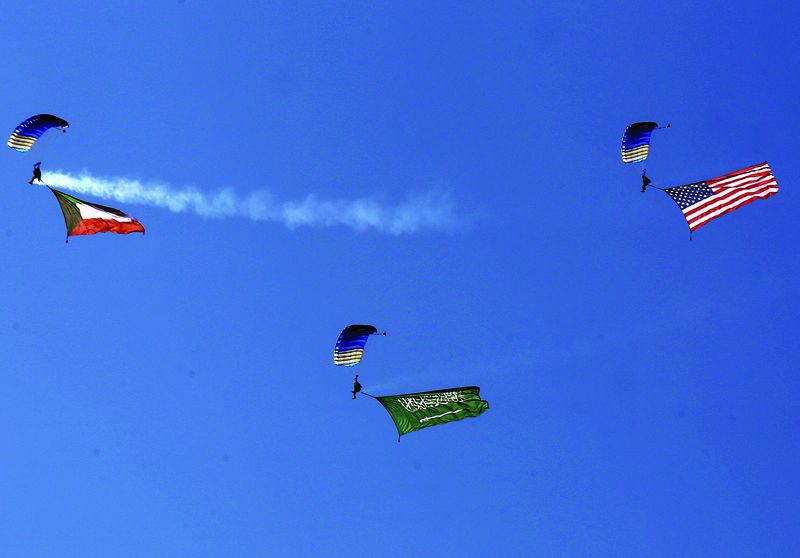 Paratroopers waving (left to right ) the Kuwaiti, Saudi and US flags, jump with parachutes during the military exercise.

“Such trainings increase the military cooperation of joint military operations to reach proficiency in this field. It also aims to exchange experiences for future military operations. I am glad that this training was successful, and we thank the Kuwaiti forces for their hospitality,” added Mtair.

Colonel Rupple-Lee, TFS G3 (Duty Force Operations Manager), stated that the participating joint forces spent the last 10 days with lots of training with Bradley tanks, medical training, and other exercise. “The soldiers came together and learned how to communicate both with simple words, and they started to use operational graphics to draw on the map, and then everybody understood each other.

And when they got inside the tank or the Bradley, they understood each other’s jobs and learnt different tactic techniques and procedures from each other. And today, we saw the result of their hard work and training,” stressed Rupple-lee. The training showed shooting with rocket launchers of the joint forces on their target, Apache helicopter firing, and paratroopers with Kuwaiti, Saudi, and US flags.