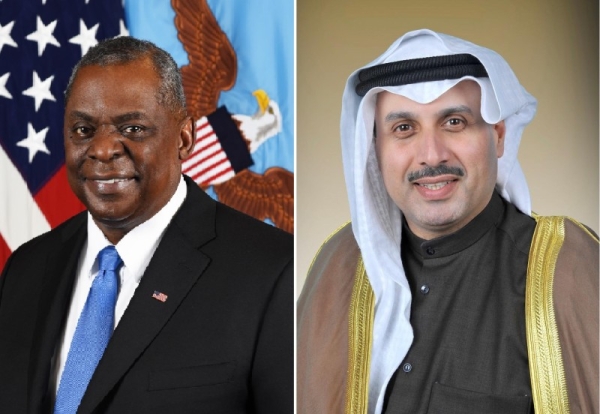 Kuwait's Defense Minister Sheikh Hamad Jaber Al-Ali Al-Sabah, who is also the country's deputy prime minister, received a phone call on Friday from US Secretary of Defense Lloyd Austin.
During the call, both sides discussed bilateral ties between the two countries and the latest political developments globally and locally.

In a press statement carried by the Kuwait News Agency, the Kuwait Army Directorate of Moral Guidance and Public Relations said that Sheikh Hamad expressed his appreciation to his American counterpart for this gesture, which reflected the keenness of the two countries to strengthen and develop the bilateral cooperation in various fields.
Add Comment