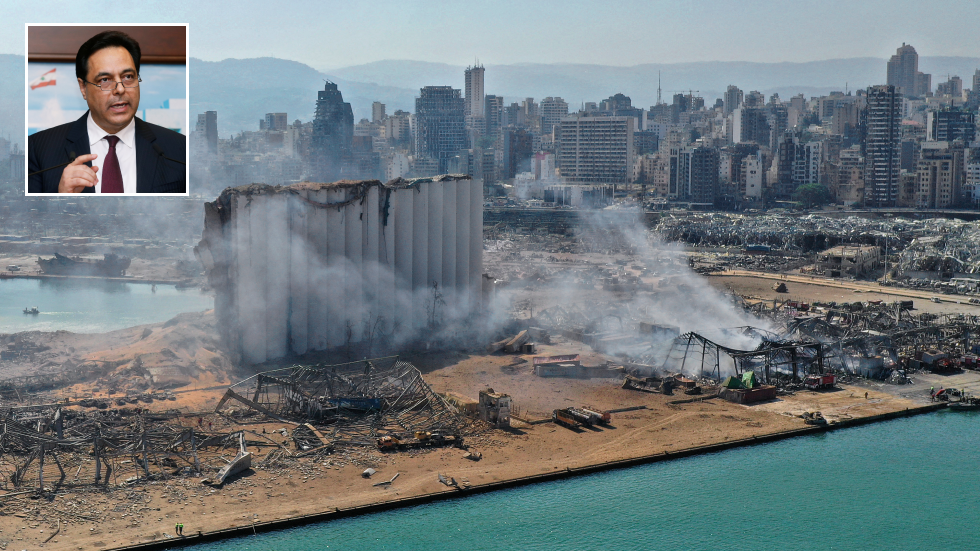 A Lebanese judge has issued a subpoena demanding the appearance of the country’s caretaker prime minister, Hassan Diab, after he refused to appear before an inquiry into the devastating 2020 Beirut port explosion.
Diab had been ordered to appear before the inquiry but failed to do so, prompting Judge Tarek Bitar to issue a subpoena compelling Diab’s testimony over charges of negligence that killed over 200 people and injured several hundred more.

The court has postponed Diab’s appearance until September 20, giving him time to respond to the subpoena and present his testimony. Should the caretaker PM refuse to attend the September session, Bitar would have the authority to issue a warrant for his arrest.

The Beirut port inquiry was established in the wake of the blast to establish who is responsible for the deadly and destructive explosion. It has been stalled repeatedly, with no senior politicians or officials held responsible more than a year on from the incident. Similarly, Bitar’s request to strip immunity from political officials so they can be forced to submit to questioning has also been delayed.

Bitar replaced Judge Fadi Sawan earlier this year, following the latter’s removal after two former ministers – who Sawan had accused of negligence over the blast – complained of him overstepping his powers and requested his dismissal. The judge’s removal from the inquiry sparked concerns from families of the victims that it meant politicians who were responsible for the blast would not be held to account.

Diab was elected in January 2020 and submitted his resignation seven months later in the wake of the August 2020 Beirut port explosion. However, as no successor has yet managed to form a new government, he has remained on as caretaker PM, leaving Lebanon in a state of political stalemate, exacerbating the country’s economic woes and instability. Diab has repeatedly denied any wrongdoing over the explosion.
Add Comment