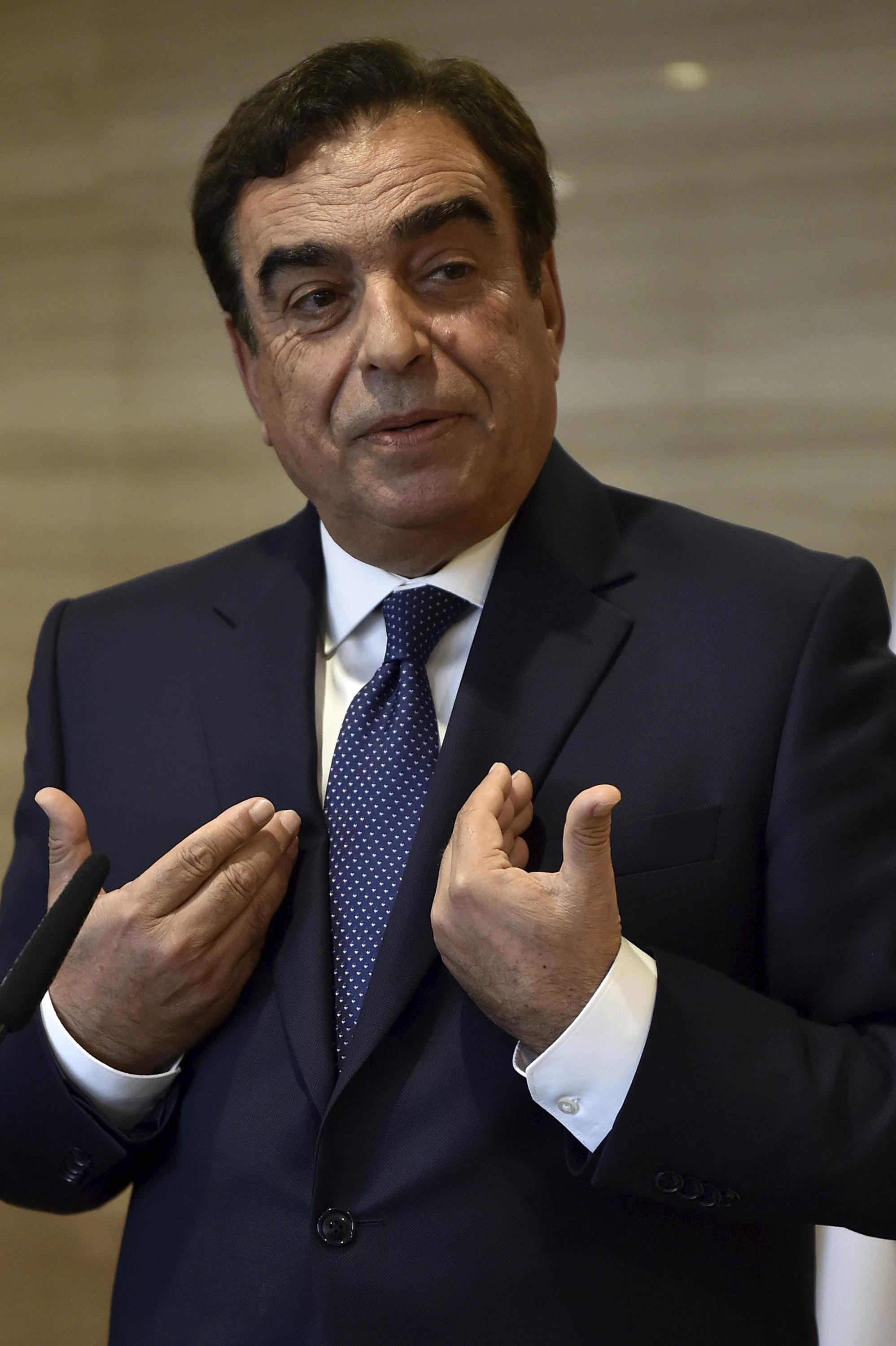 Lebanese minister in Saudi spat still unwilling to step down

Lebanon is a failing state that has also failed its people, leaving them struggling with converging crises that have impoverished the population and eroded trust in authorities, a U.N. expert said Friday.
Olivier De Schutter, the U.N. special rapporteur on poverty, sounded the alarm at the end of a 12-day visit to Lebanon. In an interview with The Associated Press, he said it is critical that Lebanese politicians realize they cannot rely indefinitely on foreign aid and humanitarian assistance.

Still, De Schutter said it was not too late for the government to take measures to help protect the impoverished in this nation of 6 million, including 1 million Syrian refugees.

The economic crisis in Lebanon has been described as one of the worst in the world in 150 years. It has plunged more than half the population into poverty in just months, left the national currency in freefall and sent inflation and unemployment soaring.

Doctors, nurses and teachers have left the country in droves; schools have struggled to reopen amid a crippling fuel crisis and the poorest families are forced to marry off their daughters early or send their children to work to cope with the meltdown. De Schutter warned of a “wasted generation.”

After more than a year without a fully-functioning government because of political bickering, Prime Minister Najib Mikati’s Cabinet was formed in September.

But disagreements have once again spawned a paralysis — the Cabinet has not been able to meet for weeks.

De Schutter’s mission was to assess the government’s plans to confront the formerly middle-income country’s quick descent into poverty. The government, he said, has no time to waste.

“Very often the answers I got were a reference to the Lebanese population’s need to be supported by humanitarian assistance, by international donors. That however is not a long term strategy,” De Schutter said.

He described Lebanon as “one of the most unequal countries in the world,” with 10% of the population in control of 70% of the assets. Critical tax reforms are essential and shareholders in large commercial banks must bear the largest part of the sector’s financial losses — and not the small depositors as has been happening for months.

“We know this government has a limited time to start and implement reforms,” De Schutter warned. Lebanon’s next general elections are due in the spring.

De Schutter also said social safety dependent on funding from international financial institutions such as the World Bank currently only cover one tenth of the population. A national plan, not dependent on foreign aid, must be in place to protect the country’s destitute, he said.

He said he would advise the United Nations to condition aid on reforms, expand social protection and use public finances better. Lebanon’s donors have also made reforms a condition for assistance.

“It makes no sense to pour money into humanitarian support if these reforms are not implemented,” De Schutter said. “This is the government of the last chance.”

However, the government, which has said that talks with the International Monetary Fund for a recovery plan are a priority, has been beset once again by internal fighting.

One problem has been the course of Lebanon’s probe into the Aug. 4, 2020 explosion at Beirut’s port, when hundreds of tons of ammonium nitrate ignited after a massive fire. At least 216 people were killed and some 6,000 were injured. Entire neighborhoods of Beirut were badly damaged.

Lebanon’s powerful Hezbollah demands the judge leading the probe be removed, claiming he is unfairly targeting the group. Ministers allied with Hezbollah have refused to show up for Cabinet meetings for the last few weeks until the issue is resolved.

Then, a diplomatic spat over comments made by George Kordahi, the information minister, criticizing the war in Yemen where Saudi Arabia is fighting Iran-backed Houthi rebels, describing it as “absurd” and an “aggression” by the kingdom, have also deadlocked the government since late last month.

Kordahi, a Hezbollah-backed minister, made the comments before he was named to the post and has refused to apologize or resign despite calls for him to do so, including from Mikati himself.

Saudi Arabia has withdrawn its ambassador from Beirut and asked the Lebanese envoy to leave the kingdom. It has also banned Lebanese imports, undermining the small nation’s foreign trade and depriving it of millions of dollars as it struggles amid the economic meltdown. Bahrain, the United Arab Emirates and Kuwait have also pulled their top diplomats from Lebanon, deepening the discord.

Kordahi on Friday appeared to be clinging to his position, saying there are no guarantees his resignation would resolve the spat.
Add Comment