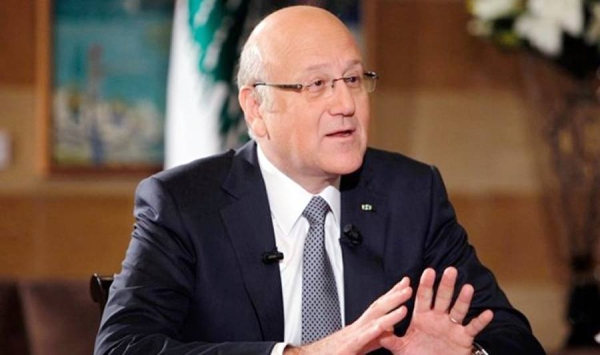 Lebanese Prime Minister Najib Mikati on Saturday ordered mobilization of authorities and the army to battle a huge fire raging in mountainous areas near the southern port city of Tyre, some 80 kilometers from the capital.
The premier’s office said in a statement that Mikati contacted Interior Minister Bassam Mawlawi and the army command to put on alert all personnel that could help in extinguishing the blazes that gutted wooded mountainous regions and spread to locations close to residential areas in several villages.

Moreover, Mikati has also contacted authorities in neighboring countries in preparation for requesting aid in case the local forces could not prevent the fires from spreading farther.

Earlier, Minister of Agriculture Abbas Haj Hassan asked the army command, the ministry of interior and the UN peacekeeping force to aid rapidly the efforts to the put out the blazes, raging in Al-Ezzieh valley, and locations near the villages of Al-Henniah, Majdal Zoun and Jib Swaid.

Meanwhile, the spokesperson of the international peacekeeping force UNIFIL confirmed in remarks to the National News Agency that the troops were partaking in the bids by the Lebanese Civil Defense units to extinguish the fires.

NNA said strong winds pushed the blazes to large swaths of wild and cultivated lands, with some approaching house in the villages. However, no injuries were reported. Lebanon often witnesses wildfires that warrant soliciting help from the nearest countries such as Cyprus and Syria.
Add Comment