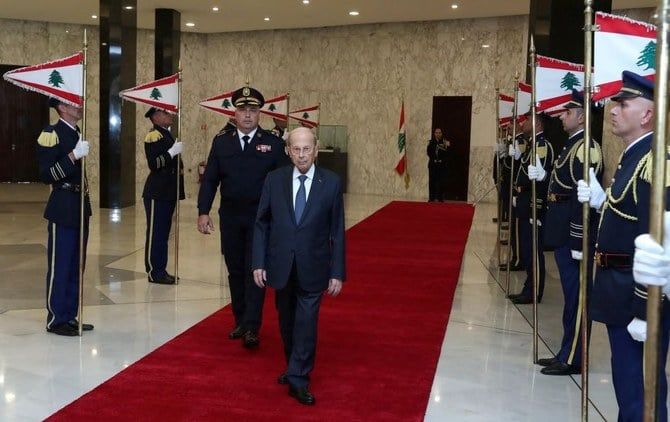 Lebanon’s outgoing head of state Michel Aoun on Sunday launched a blistering attack on his political opponents and the country’s judiciary as he bowed out of the presidential palace.

In a speech, the departing president said he was leaving behind, “a robbed country, a worn-out state, and institutions that no longer have any value.”

Exiting one day before his mandate expired without a designated successor — deepening the country’s political crisis — he blasted the judiciary for failing to do its job and accused judges of taking bribes.

He also blamed opponents for preventing him from bringing to justice Lebanon’s Central Bank Gov. Riad Salameh — who is being investigated in several European countries, including Switzerland, France, Luxembourg, and Liechtenstein for alleged money laundering and embezzlement — who he described as “the perpetrator of all financial crimes.”

And he claimed influential people had blocked attempts to investigate the deadly Beirut port explosion saying the head of the Supreme Judicial Council had not wanted to appoint anyone to look into the disaster.

In addition, Aoun announced that he had signed a final decree formalizing the resignation of Prime Minister Najib Mikati’s caretaker government, exacerbating a months-long power struggle that has paralyzed the government.

In a letter to parliament, he called on it not to entrust the caretaker government with the powers of the president, since it had failed to elect a new president within the constitutional deadline.

He also demanded that parliament swiftly select another prime minister-designate to form a government before the presidential term officially ended at midnight on Monday.

He was surrounded by thousands of supporters of the Free Patriotic Movement who had gathered since Saturday night to accompany him to his home in Rabieh after a crises-filled, six-year term. 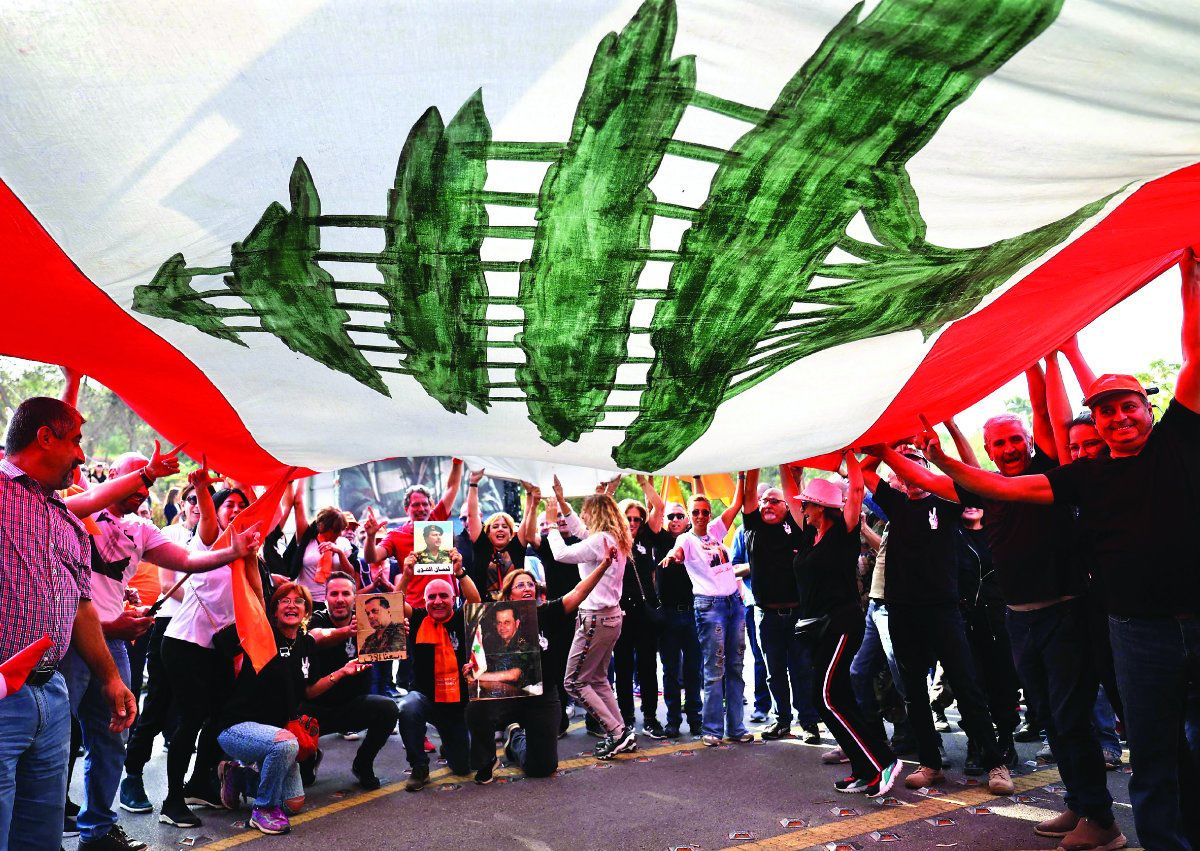 Supporters of Lebanon’s President Michel Aoun cheer under a national flag as he prepares to leave the presidential palace in Babda at the end of his mandate.

In his letter, Aoun, blamed by opposition parties for contributing to dragging the country into unprecedented political and economic crises, accused Mikati of intentionally failing to form a government in order to establish a presidential vacuum.

He said: “He seeks to carry on with a government operating in caretaker mode, amid a power vacuum, so he can take over the presidency.”

Mikati responded in a statement, saying that the government would continue to carry out all of its constitutional duties, in caretaker mode, in accordance with the provisions of the constitution and regulations, unless parliament advised otherwise.

He added that a decree accepting the resignation of a government that had already resigned in accordance with the provisions of the constitution, lacked any constitutional value.

Mikati pointed out that the “resigned government” had previously been represented before parliament and participated in discussing draft laws, and parliament approved most of them — most notably the general budget law for 2022.

The media office of Parliament Speaker Nabih Berri confirmed he had received the letters from Aoun and Mikati.

In his speech, Aoun said he believed that the state was “based on security and the judiciary, but judgments are based on revenge, not justice, and revenge is a crime.”

He predicted that the next stage would “be more tiring, as we cannot rest before we pull the country out of the abyss they threw it in.”

He noted that he would follow up on forming a sovereign fund for future oil wealth. “The people’s money is protected by the people.”

FPM leader Gebran Bassil said the next stage would mark the beginning of a “confrontation with the corrupt regime and the usurpers of the constitution and power.”

In his Sunday sermon, Maronite Patriarch Bechara Boutros Al-Rahi warned against disrupting the harmony between the authorities and generating constitutional chaos.

He urged parliament to elect a new president, calling the presidential vacuum a conspiracy against Lebanon and adding that time for dialogue had run out.

Al-Rahi said: “Agreeing over a single candidate is impossible, a new president needs to be elected through successive voting sessions, accompanied by consultations and by permanently maintaining a quorum.”

He slammed the “influential political officials in our country who hold the keys to finding solutions, who have left the Lebanese people groaning under the burden of poverty, deprivation, injustice, and displacement, and proceeded to demolish the state’s institutions one by one, even the presidency, leading the country into a presidential vacuum, either deliberately, or stupidly, or selfishly.”

Escorting him to his home on Sunday, Aoun’s supporters raised olive branches, FPM banners, and Lebanese flags in addition to pictures of Aoun in his military uniform when he was army chief in the 1980s.

Aoun left his office by shaking hands with senior officials and advisers. He then saluted the Lebanese flag as the army played the national anthem, before addressing his supporters.