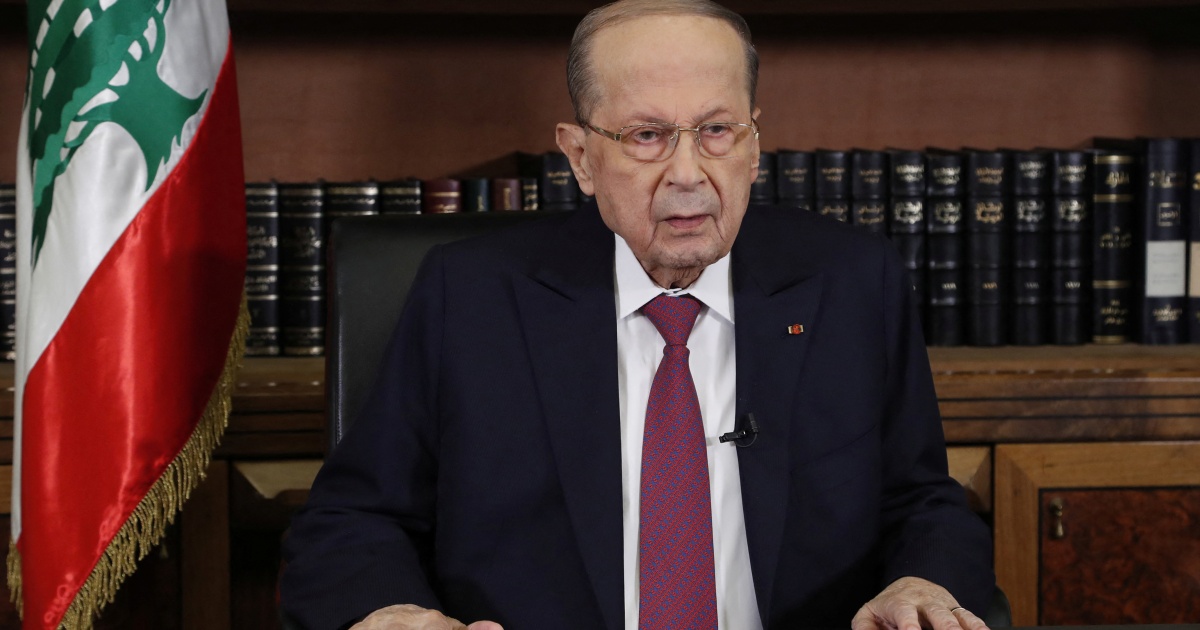 Michel Aoun calls the political paralysis in the government ‘deliberate and systematic’ amid unprecedented economic crisis.

Lebanon’s President Michel Aoun has called for an “urgent” national dialogue between the country’s governing parties as he condemned months of political paralysis in the government.

“The deliberate, systematic and unjustified disruption that leads to institutions dismantling and the dissolution of the state must stop,” Aoun said in a televised speech on Monday, adding that he fears it could lead to the “ruin of the state”.

The Lebanese cabinet under Prime Minister Najib Mikati has not met since October 12 due to squabbling about the investigation into last year’s deadly Beirut port blast, and a continuing diplomatic rift with Saudi Arabia and some Gulf states.

As a result, the government has been unable to take swift action to address the country’s dire economic crisis.

Since August 2019, the Lebanese pound has lost more than 90 percent of its value as more than three-quarters of its population has slipped into poverty.

The country’s inflation rate has exceeded those of crisis-hit Venezuela and Zimbabwe. The World Bank has said the Lebanese financial crisis is one of the worst since the mid-19th century.

In his address on Monday, the Lebanese president also criticised the parliament for not passing key economic and structural reforms.

“Obstructions in parliament has contributed to the dismantling of the state,” he said.

“The capital controls law was supposed to be passed two years and two months ago, and would have contributed to financial recovery.”

The international community has for years pressed Lebanon to reform its economy, implement anti-corruption mechanisms, and reach an agreement with the International Monetary Fund in order to unlock billions of dollars in developmental aid.

Aoun in his speech also indicated at tensions with Iran-backed Hezbollah, a key ally of 16 years of his party, the Free Patriotic Movement.

He said he wanted Lebanon to have strong ties with Gulf countries, which have strained over the past year.

Lebanon is struggling to resolve a diplomatic row with Saudi Arabia, Bahrain, the United Arab Emirates and Kuwait, which have been critical of Hezbollah for their role in Yemen and other regional conflicts.

“What is the justification for straining relations with these countries and interfering in matters that do not concern us?” Aoun asked.

Aoun said only the Lebanese security agencies should take a leading role in the country’s defence strategy.

“It is true that defending the homeland requires cooperation between the army, the people, and the resistance,” Aoun said.

“But the primary responsibility lies with the state. Only the state sets the defence strategy and guarantees its implementation.”