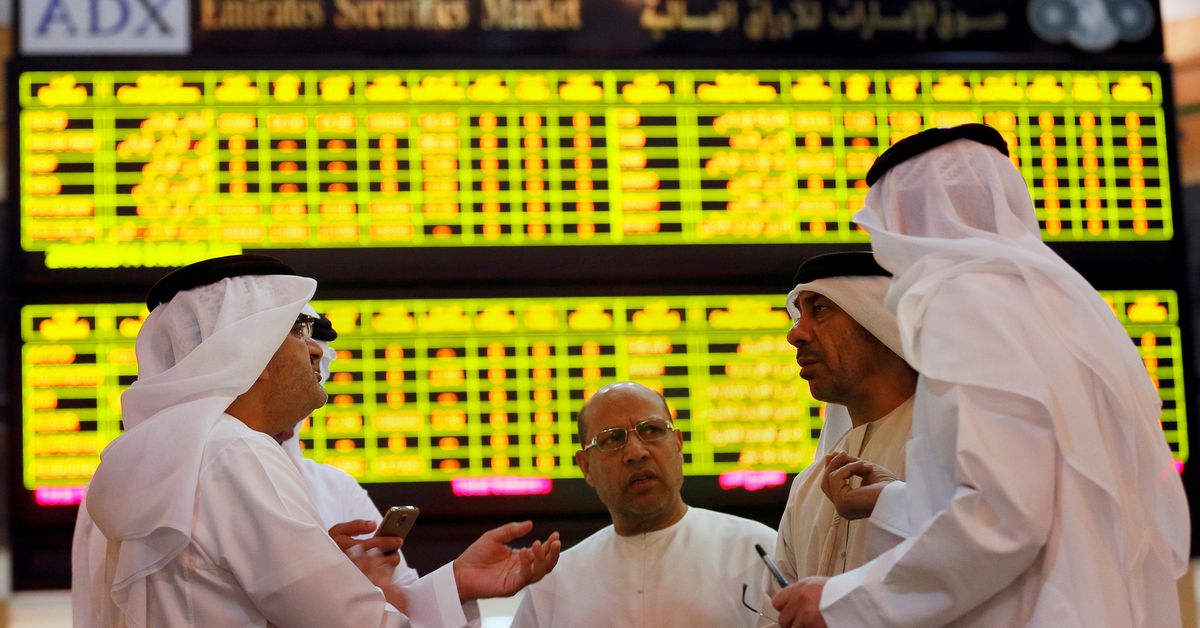 Most major stock markets in the Gulf fell on Monday on concerns that inflation-busting interest-rate hikes in the United States and Europe will weaken the global economy.

U.S. Federal Reserve Chair Jerome Powell headlines a host of policymakers at a symposium in Jackson Hole, Wyoming later in the week, with expectations growing of further rate hikes rather than a pivot to a more dovish policy.

A Reuters poll of economists forecast the Fed will raise rates by 50 basis points in September, with the risks skewed towards a higher peak.

The Qatari benchmark index (.QSI) dropped 1.2% with most of its stocks in negative territory including Qatar Islamic Bank (QISB.QA), which was down 1.4%.

Emaar said in a bourse filing its board has in principle approved the sale, which values Namshi at $335.2 million, as a divestment to a related party.

However, the index's gains were limited by a 1.2% fall in Saudi Aramco (2222.SE) as the oil giant went ex-dividend.