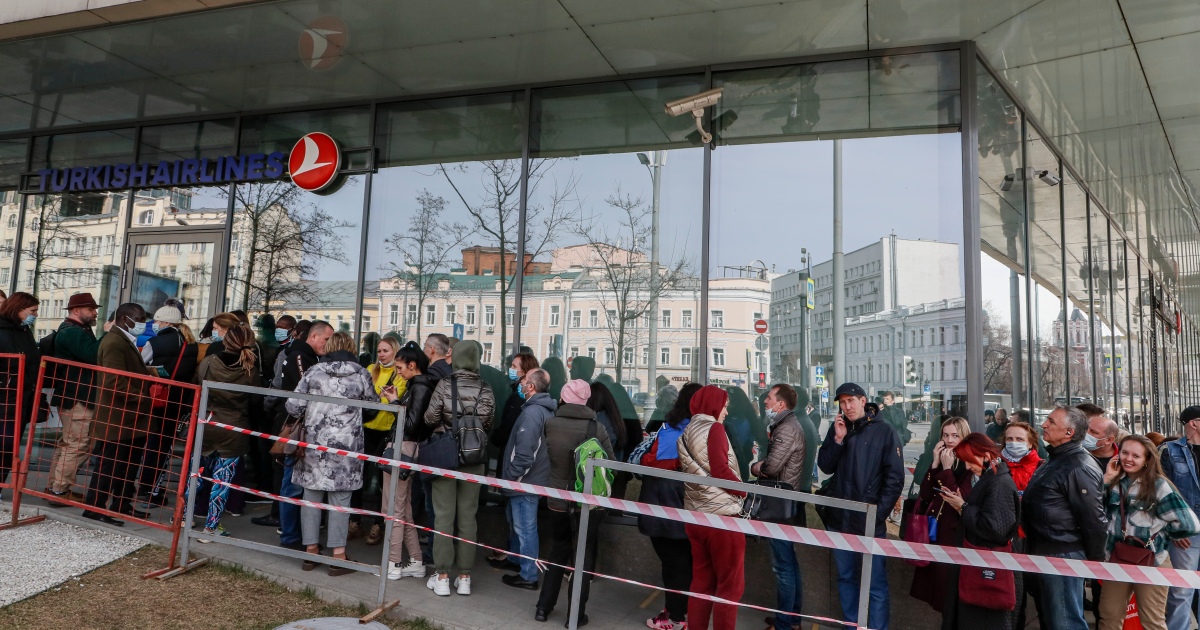 The projected low number of Russian tourists is a major cause of concern for Turkey’s vital sector amid ongoing economic crises.

Despite many Russian dissidents and young professionals arriving in Turkey following the Russian invasion of Ukraine, the ongoing war is expected to result in a massive decline in the number of Russian tourists coming here this year.

Association of Tour Operators of Russia Executive Director Maya Lomidze told the Dunya newspaper earlier this month while it could not give an estimate of the number of Russians that will visit Turkey in 2022, two million would be considered a good figure. That would mark a sharp decline compared with 2021, when 4.7 million Russians entered Turkey.

Reports from earlier this year declared that Russians saved Turkey’s tourism industry in 2021 after it was trying to rebound from the first year of the coronavirus pandemic. Russians ranked atop the list of nationalities that travelled to Turkey between January and November last year.

Particularly popular among tourists from Russia are resort towns in and around the province of Antalya on the Mediterranean coast. During the same period, 37 percent of all foreign visitors entered Turkey via Antalya compared with 34 percent who arrived in Istanbul.

Yorulmaz said two million Russian tourists would not be enough given as of late last year, it forecast six million Russians vacationing in Turkey throughout 2022.

Economists say the revised estimates may be too high.

“My calculation is assuming zero Ukrainian tourists and a small number of Russians could cost Turkey $3-4bn in tourism revenues.”

“The employment and value-added losses will be significant. That is, each tourist generates roughly three temporary jobs and each tourism dollar generates up to $2.50 worth of revenue for industries supplying tourist resorts. Finally, after two poor seasons, numerous tourist facilities catering mostly to Ukrainian and Russian tourists could go belly up, defaulting on their outstanding bank loans. I can’t estimate the magnitude of this particular problem,” Yesilada added.

In 2019, prior to the outbreak of the pandemic, seven million Russians visited Turkey, while 1.5 million Ukrainians travelled to the country that year. As one of the most visited countries in the world, Turkey’s economy relies on its robust tourism sector.

“In an average season, Turkey generates roughly $25bn of net foreign exchange revenue from tourism, which covers half the average trade deficit of $50bn. This year, tourism revenues are important by two orders of magnitude. First, because of energy and food imports, Turkey’s current account deficit is expected to soar to $40-45bn, or $25bn higher than 2021. Secondly, with the German economy expected to decelerate swiftly over the course of the year, export growth could undershoot expectations,” Yesilada explained. 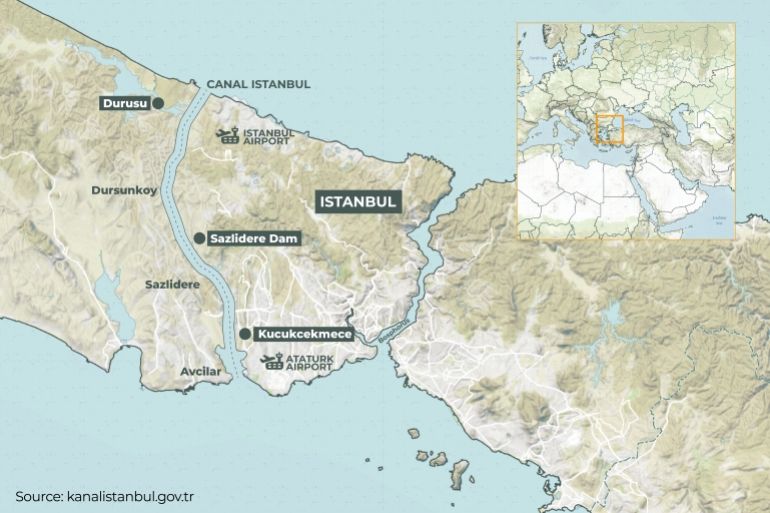 Masha is a Russian citizen who has called Istanbul home for years. One side of her family lives in Ukraine, the other in Russia, where she is now afraid to visit because of the political atmosphere. The pandemic made reunions difficult while the current situation has only made matters worse.

“Last year my entire Russian side of the family came to Turkey and we met in [the Antalya resort town of] Kaş and we rented a villa. There were 10 of us and we didn’t want to stay in a hotel because of the pandemic,” Masha told Al Jazeera.

This year, the family intended on meeting in Russia but plans were shelved because of the war.

“I was on the phone with my uncle talking about the options for this summer and Turkey is one of the only viable options again. It’s basically the only place we can meet but it’s complicated because the flights are insanely expensive, like four times more expensive than they were last year. And financially my family in Russia is not in the best position right now,” Masha said, adding other family travel plans to Turkey had also been disrupted.

Meanwhile, the tourism slump and resulting losses of billions of dollars in revenue are slated to affect the Turkish economy significantly even after the season comes to an end, spelling more bad news amid soaring inflation and a floundering Turkish lira.

“The government planned to fix the exchange rate until the summer via administrative measures, like the foreign exchange-protected lira deposit scheme and the 40 percent surrender requirement for exporters. By summer, buoyant tourism revenues and declining energy prices would have increased the supply of dollars, allowing the lira to gain a firmer footing for the rest of the year,” Yesilada said.

“This plan is now in shambles. I calculate that Ankara needs to find up to $20bn of external funding to defend the lira for the rest of the year. If this sum can’t be secured, currency restrictions are a significant possibility.”