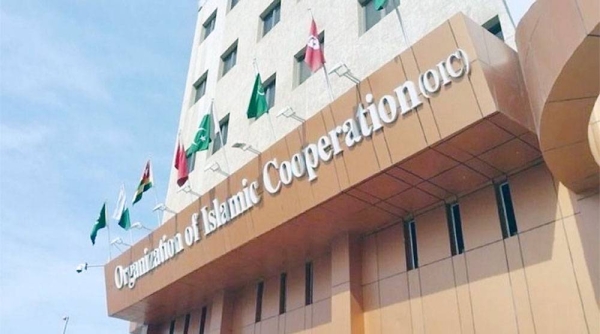 The Organization of Islamic Cooperation, represented by the Department of Dialogue and Outreach, has sought to promote dialogue, outreach and fight terrorism and extremism, in addition to implementing several activities and programs in this regard.
It established the Voice of Wisdom Center to counter extremist discourse and its mechanisms through social media outlets and highlight the moderate and true concepts of the Qur’anic and Prophetic policies in building inner and external peace and review as a sublime model to realize the message of brotherhood among mankind.

The center also helps show the tolerant philosophy of Islam in unclear issues that contribute to misunderstanding Islam, review pioneer and successful expertise of member state in fighting terrorism so as to reach a unified image on joint mechanisms to fight this phenomenon.

It helps draw policies and practical steps to instill the value of tolerance in Islamic societies, fight extremism, and provide proposals to the secretariat general to be adopted in the drafts of periodic conferences of the organization.

A workshop was organized by the department in coordination with the US Department of State’s Global Engagement Center (GEC), where one of the outcomes of this workshop was to train relevant departments to understand the social analyses and statistics affecting the work of sites and how to use analyses to improve content and interaction with users.

It also elaborated on how to monitor and modify the overall strategy and objectives of messages posted on social media platforms.

The organization also concentrated its efforts, through the Islamophobia Observatory that monitors incidents, feelings and criminal incidents against Muslims on a daily basis and monitors all issues related to the negative or positive phenomenon of Islamophobia worldwide.

This they do by gathering necessary information from reliable sources and accredited networks; and provide reports on the status and trends of Islamophobia and discrimination against Muslims worldwide to prepare an annual report on the state of Islamophobia for submission to the Conference of Foreign Ministers of member states.

This report is submitted prior to coordination with other departments such as political affairs, Muslim minorities and the OIC’s Independent Permanent Human Rights Commission on issues related to Islamophobia.

The Department of Dialogue and Outreach also organized workshops to evaluate the Islamophobia Observatory and contribute to the success of many events related to Islamophobia at the secretariat or other countries.

Regarding dialogue, the department organized interfaith dialogue events and highlighted the role of religious leaders in the peace and reconciliation process, where in December 2017, it partnered with various stakeholders including governments, international organizations, think tanks, academic institutions and civil society organizations.

In this month it implemented a joint initiative with the King Abdullah International Center for Interfaith and Intercultural Dialogue (KAICIID), the Interreligious Council of Thailand (IRC), the Institute of Human Rights and Peace Studies (IHRP) in Thailand, Mahidol University and Fatoni University, to hold a strategic workshop in Bangkok.

This interfaith event brought together civil and religious society leaders, policymakers and government representatives to identify the challenges facing religious communities in South and South-East Asia.

The Department, in cooperation with KAICIID, organized a workshop entitled "Together for diversity and promotion of interfaith dialogue", in the Indonesian capital, Jakarta, between Dec. 18-19, 2019; with the aim of enriching intercultural dialogue, promoting understanding among followers of religions and civilizations and preventing or mitigating conflicts in South-East Asia.

The workshop brought together participants from political decision makers and religious leaders from Buddhist and Islamic backgrounds from Indonesia, Myanmar, Malaysia, Sri Lanka and Thailand.