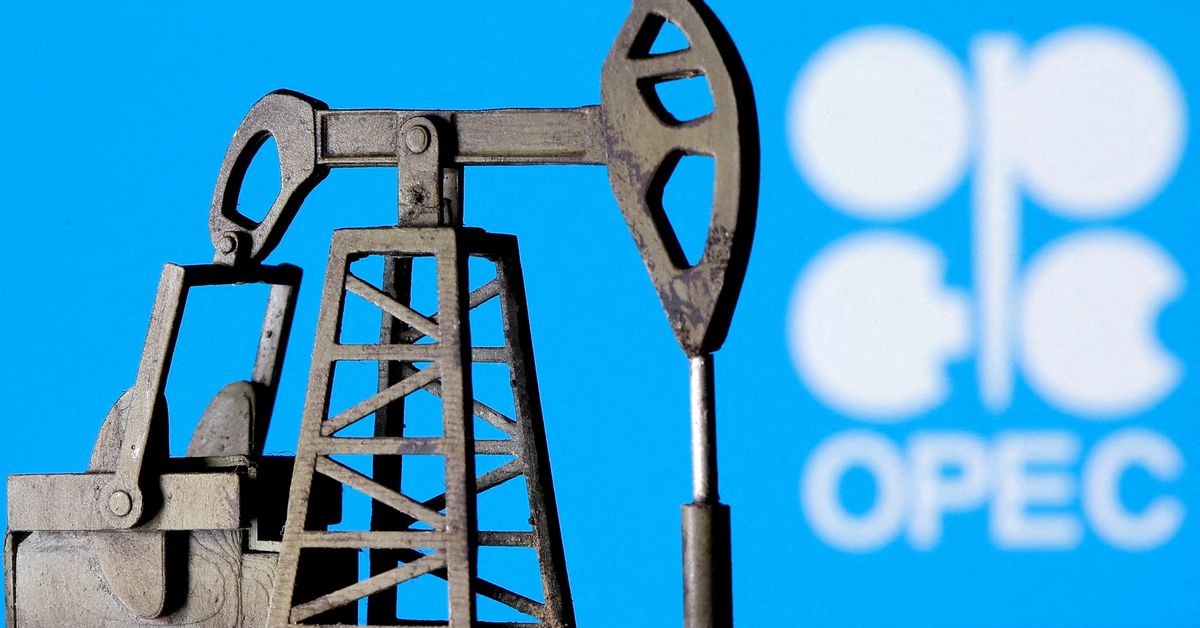 Oil prices dipped on Friday in choppy trading but notched their first weekly gain in five on Friday, underpinned by the possibility that OPEC+ will agree to cut crude output when it meets on Oct. 5.
Brent crude futures for November, which expire on Friday, fell 53 cents, or 0.6%, to $87.96 a barrel. The more active December contract was down $2.07 at $85.11.

Both contracts rose by more than $1 during the session but dropped on news that OPEC's oil output rose in September to its highest since 2020, surpassing a pledged hike for the month, according to a Reuters survey on Friday.

"There is definitely some profit taking from the gains we saw earlier in the week. $80 is sort of the pivot point these days," said John Kilduff, partner at Again Capital LLC in New York.

"Increased worries about financial stability in the UK ... are undermining the demand outlook once again," Kilduff added.

Brent and WTI gained 2% and 1% on a weekly basis, marking the first weekly rise since August and following nine-month lows hit this week.

While the dollar has dropped from 20-year highs earlier in the week, it gained through the day . A stronger greenback makes dollar-denominated oil more expensive for buyers holding other currencies, reducing demand for the commodity.

"Price swings have become the norm as market players juggle worries over the global economy and the prospect of tightening oil supplies," said Stephen Brennock of oil broker PVM.

The market has seen support from the prospect of the Organization of the Petroleum Exporting Countries (OPEC) and its allies considering cutting production quotas by between 500,000 and 1 million barrels per day (bpd) at their Oct. 5 meeting.

U.S. energy firms this week added two oil rigs for a third week in a row, but growth in the third quarter slowed due to recession fears and nagging supply shortages.

Top White House officials are also set to meet with oil executives on Friday to discuss Hurricane Ian and low gasoline inventories as President Joe Biden warns the industry not to price-gouge consumers, according to two sources familiar with the matter.