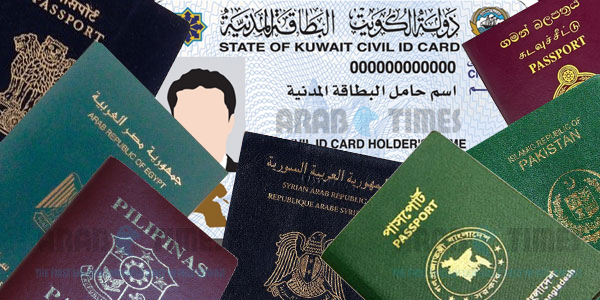 Opening door to transfer residence from closed or fictitious companies

The Public Authority for Manpower announced opening of the door to transfer the residencies of workers whose companies have closed or recruited for fake companies only after complaints being submitted and legal measures taken against these companies.

The sources stated that this procedure will benefit hundreds of expats who have been deceived by the companies who have recruited them and whose files were closed after these expats entered the country as it was not the fault of expat workers.

Bashayer Al-Mutairi, The Data Recording Monitor at the Inspection Department of the Manpower Authority stated that the authority gives the worker who has been brought to Kuwait where the company is either closed or does not exist a facility to transfer residence and to complete the legal procedures against non compliant employers, reports Al Qabas.

During 73 inspection campaigns carried out by the Tripartite committee, 1,314 labor violations were recorded in the past 6 months. 600 domestic workers were arrested working in the private sector either for absconding or working for some other sponsor. Legal measures were taken against 2,029 violating workers who were arrested during the inspection tours of the Tripartite Committee in addition to the registration of other violations by the Inspection Department of facilities and non-compliant employers

Al Mutairi called on employers to update the data and ensure that their workers dont work for other companies to avoid violations.