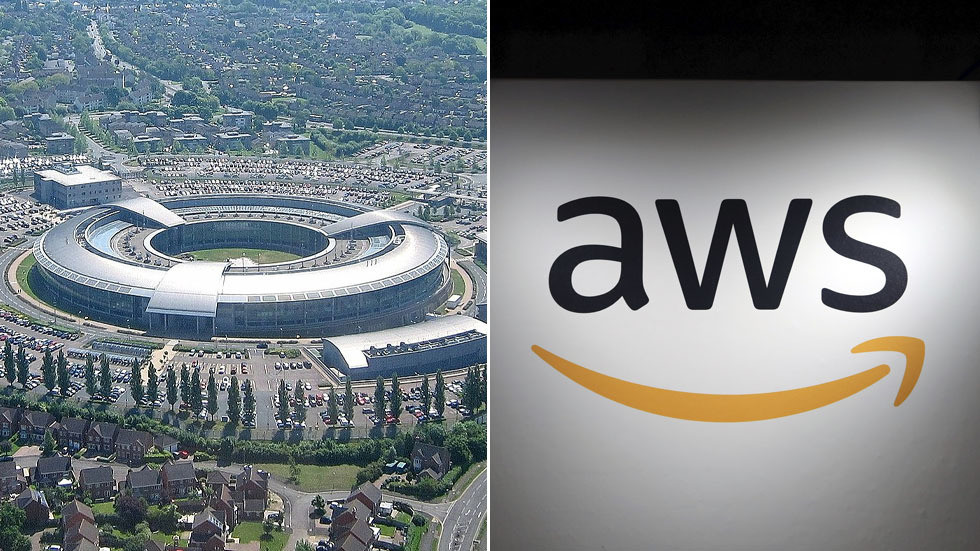 Having a US tech company handle the secrets collected by GCHQ, MI5 and MI6 is a terrible idea, including because of the worrisome US track record of manipulating intelligence, MI5 whistleblower Annie Machon told RT.

The three major British intelligence services reportedly signed a deal with Amazon to host troves of top secret information by its cloud computing branch AWS. According to the Financial Times, the Britons couldn’t find a domestic provider with the scale and capabilities that the American corporation could offer. The company already provides similar services to US intelligence agencies.

Machon, who was an officer in MI5 before becoming a whistleblower, says the reported arrangement seemed highly dubious to her for a number of reasons, including because of Amazon’s jurisdiction.

“It is an outsourcing of British national sovereignty that is going on here,” she said.

“Everyone would say: ‘Oh, it’s America, they are our friends’. But we’ve seen time and time again over the last 20 years at least, when the war on terror started, how they can manipulate and abuse intelligence behind the scenes,” she added.

She said she wonders if the deal signaled the emergence of a US-based “corporate global surveillance panopticon” similar to how special relations between UK’s GCHQ and its US counterpart NSA fostered the creation of Five Eyes intelligence alliance during the Cold War.

"This just expands all the issues around accountability and transparency in national countries up to the Nth degree."

The servers handling British secrets will be physically located on British soil and Amazon itself will have no access to the information, FT sources said. But details of the deal, which is estimated to be worth anywhere between £500m to £1bn ($687m to $1.37bn) over a decade, were not explained to the publication.

What GCHQ, MI5 and MI6 reportedly expect to get from the arrangement is better integration of their databases and faster searches of their better-shared trove of information. This will also enable artificial intelligence analysis of the data.

Even disregarding the multinational aspect of the project, involving a private entity into national security may not be wise, Machon said. Italian dictator Benito Mussolini, anecdotally, described fascism as a merger of state power and private capital, and, she said, “I can’t think of any clearer example of the merger of the corporate and the state, than UK intelligence agencies designed to keep and protect our national security outsourcing our information to a foreign corporation. It’s appalling.”