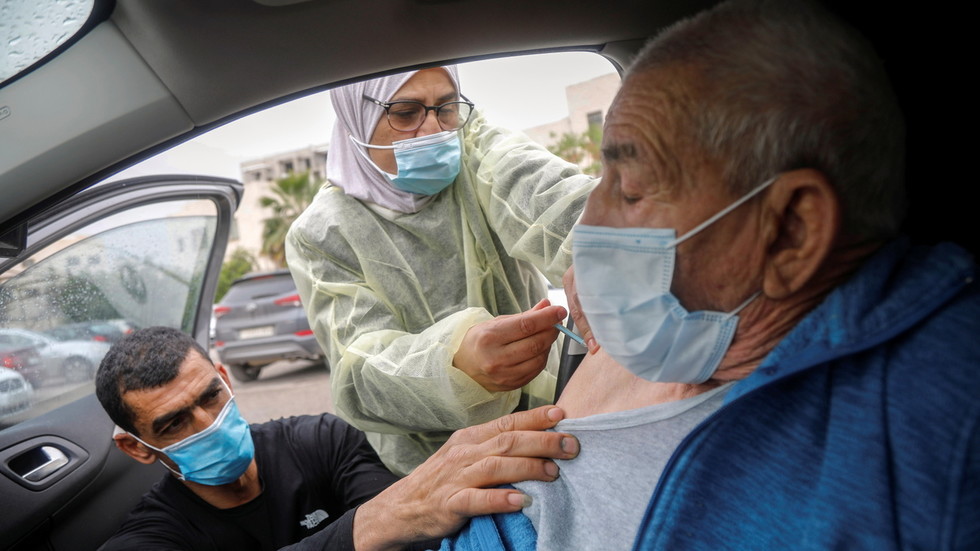 On Friday, the Palestinian health minister said that only 16,262 people had been vaccinated in the West Bank and 17,272 in Gaza – a stark contrast to Israel where nearly 10 million jabs have been administered.

To date, Palestine has only received a handful of smaller vaccine shipments. On March 17, Palestinian officials received batches of the AstraZeneca and Pfizer vaccine, numbering 61,440 in total, from the Covax facility. The government also expects to receive another 25,000 doses of the Anglo-Swedish jab this coming week.

Al-Kaila said on Saturday that the Palestinian government has allocated $12 million to purchase Covid jabs.

In early March, Tel Aviv started vaccinating Palestinian laborers from the West Bank who work in Israel following heated debates over who should be responsible for inoculating people against Covid-19 in the occupied territories. Israel planned to vaccinate 100,000 Palestinian day laborers but said it wouldn’t expand inoculations to the Palestinian territories.
#covid 19  #vaccine  #pfizer  #astrazeneca  #covid  #coronavirus  #vaccines
Add Comment