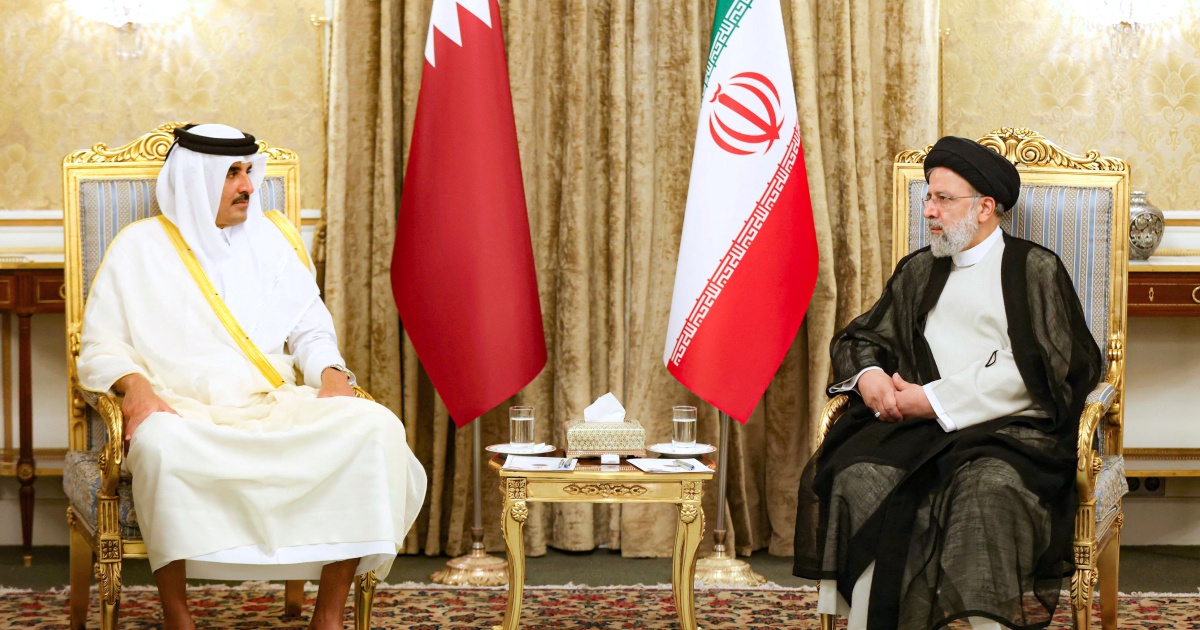 The Qatari leader arrived in the Iranian capital on Thursday, which coincided with the second day of negotiations between Iran’s chief nuclear negotiator Ali Bagheri Kani and the European Union’s coordinator for the nuclear talks, Enrique Mora.

Al Thani is expected to visit several European countries after he departs Tehran. Qatar and European officials have been trying to facilitate stalled indirect talks between Tehran and Washington, which have been unable to finalise an agreement to revive the landmark nuclear accord that the United States unilaterally abandoned in 2018.

However, on Thursday the Iranian side appeared to be more focused on regional and bilateral issues as neither the supreme leader nor the president made any public mention of the nuclear deal, even as the Qatari leader reiterated his support for its revival.

Khamenei and Al Thani mainly discussed regional and bilateral affairs, according to the supreme leader’s website.

“The current level of economic relations between the two countries is low and must be multiplied,” the Iranian leader said. “Also, in political issues there is ground for more exchange of views and we hope this trip can become a new origin for expanding cooperation.”

Talks surrounding the region appear to have extensively been focused on the role played by Israel, especially as the meeting came a day after Al Jazeera journalist Shireen Abu Akleh was killed by Israeli forces while covering a raid in the occupied West Bank. 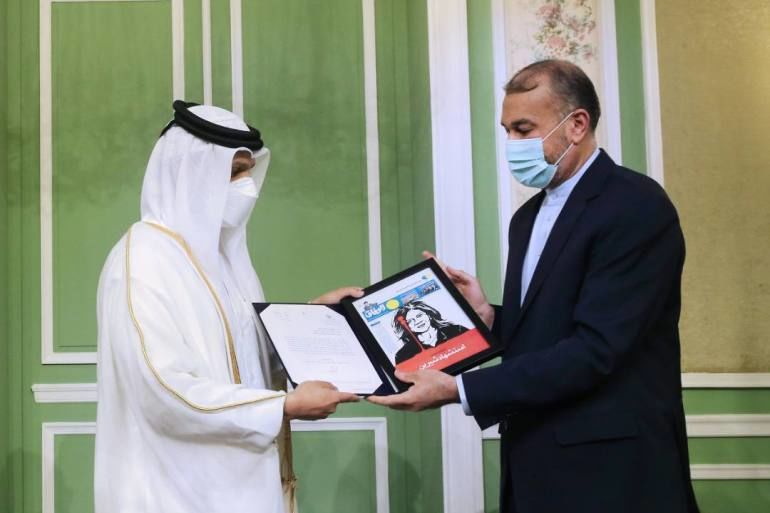 Khamenei was quoted as supporting the emir’s “condemnation of crimes committed by the Zionist regime” and saying Iran expects the entire Arab world to stand up to those crimes. The supreme leader criticised what he called the limited responses from Arab countries to last year’s Israeli actions in the Sheikh Jarrah neighbourhood in occupied East Jerusalem, and said their stances were softer than those of European nations.

Khamenei said other regional issues such as the conflicts in Yemen and Syria can be resolved through dialogue, but cautioned that “that dialogue can’t be from a position of weakness while other sides, mainly the US and also others, are dependent on military and financial power.”

‘These crimes will not last’

Al Thani was quoted as concurring that regional issues must be resolved through dialogue, and also said he hopes Iran and Qatar can significantly boost economic relations next year.

The Qatari leader spoke with Khamenei following talks and then a news conference with President Raisi, during which both leaders strongly condemned the killing of Abu Akleh killing.

“The crimes of the Zionist regime will never create security for it,” Raisi said during the news conference. “Journalists must be proud of themselves for communicating the voice of the Palestinian people to the world and on the other hand know that these crimes will not last.” 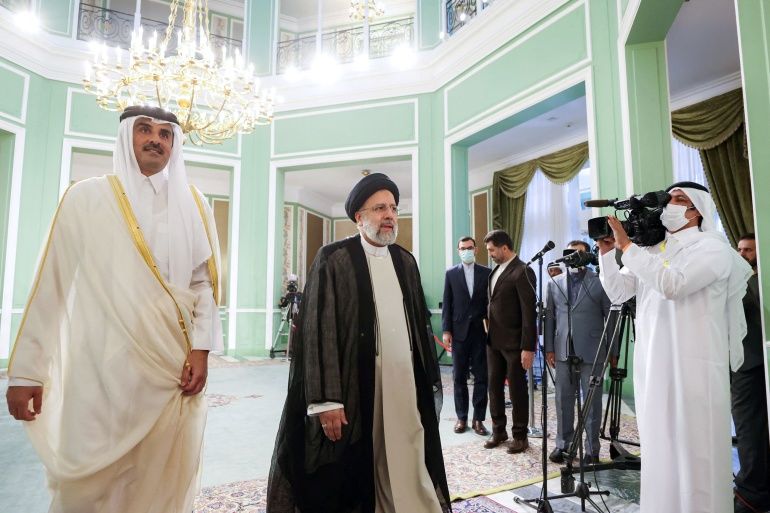 The Iranian president also discussed regional affairs, which have been a main focus of his foreign policy directive, and called for an end to the war in Yemen and stability in neighbouring Afghanistan. He emphasised that the region will be worse off if there is any foreign intervention.

Al Thani also confirmed that Palestine and regional affairs were major talking points on Thursday. Moreover, he called for further dialogue to resolve the nuclear deal issue, and said Qatar will welcome Iranians who wish to watch their national team during the upcoming FIFA World Cup football tournament in November.

The officials also commemorated Al Jazeera’s Abu Akleh and criticised what they said were double standards of international organisations and human rights groups in dealing with human rights violations in Palestine.