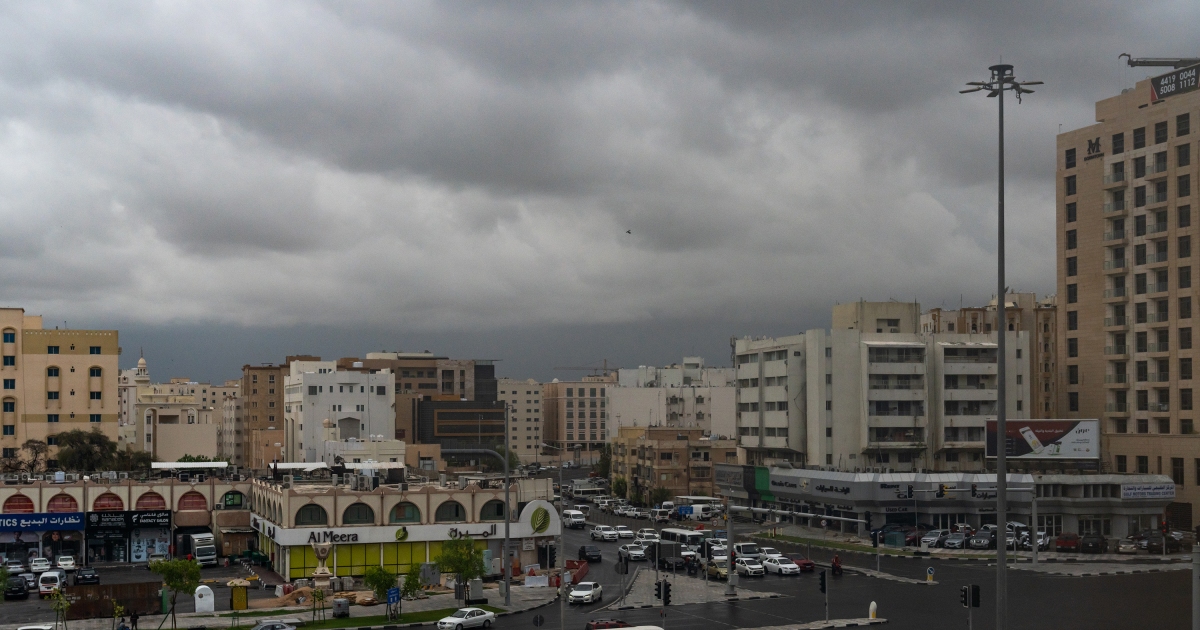 Heavy downpours hit Qatar and other parts of the Gulf in unusual July weather.

Incredibly rare July thunderstorms and rain have hit Qatar and other parts of the Gulf, shocking residents unused to the weather.

The rain and thunder started early on Thursday morning, causing floods in some parts of Qatar.

The Qatar Civil Aviation Authority (QCAA) says that thunder and rainfall will continue in most areas of the country until the end of this week.

The head of forecasting and analysis at the QCAA’s Meteorological Department, Mohammed Ali al-Kubaisi, said that Doha had recorded approximately 38mm of rainfall (1.4 inches) by 10:00am local time (07:00 GMT), and 29.8mm (1.2 inches) in Al-Wakrah, according to the Qatar News Agency (QNA).

Al-Kubaisi said he expected the weather to continue to be cloudy with a chance of scattered rain, which may also turn into thunderstorms at times, in coastal areas and the sea during the next two days.

McElwee said for the months of summer, the reliable forecast for much of the Arabian Peninsula is hot, dry and dusty, but that monsoon rains do affect some parts when it bursts out of India, most notably Oman and Yemen, which have regular summer thunderstorms.

However, rains this week have led to heavy flooding in the region.

The United Arab Emirates was hit by heavy rains and flooding on Wednesday, which continued into Thursday.

Some people were trapped in their homes in Sharjah and Fujairah and had to be rescued by the civil defence. Temporary shelters will be provided at hotels for those who are stranded.

Southern Iran also experienced flash floods. At least 22 people were killed and left one person missing as a result on Saturday.

McElwee questioned whether this week’s rain and flooding was a one-year anomaly.

“Will it be repeating in future years? We’ve yet to see”.